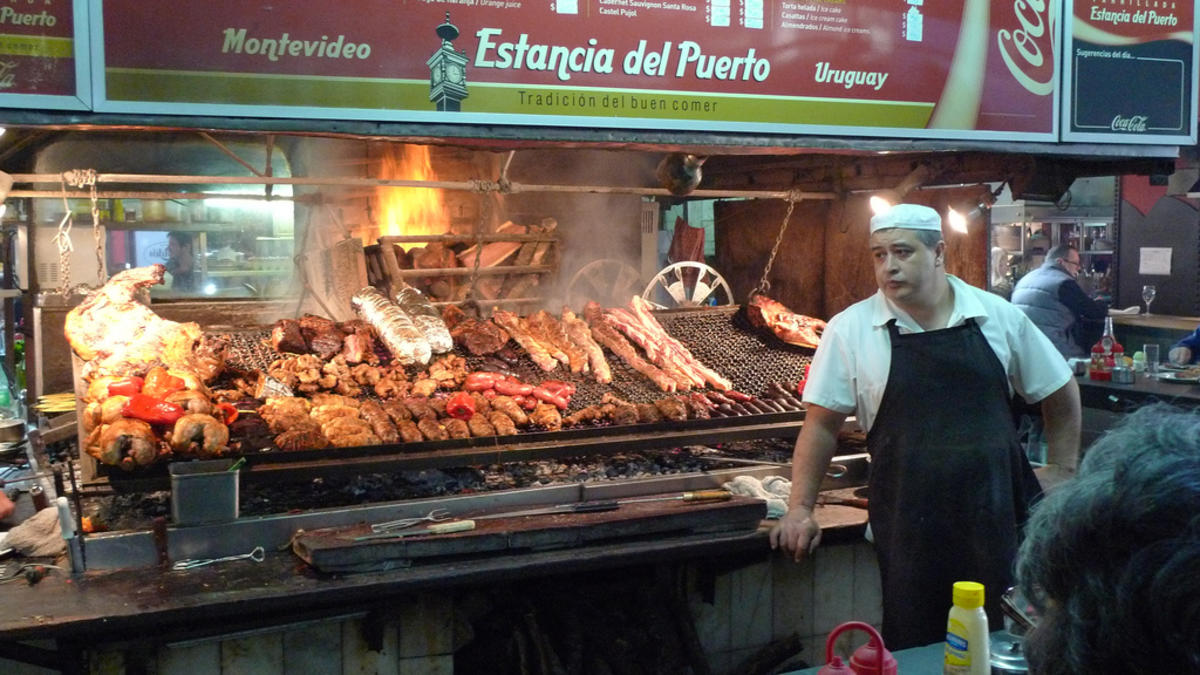 Globally-renowned for its barbecues and grill restaurants, Uruguay is the world’s number one consumer of red meat. In fact, most eateries you find yourself in are likely to be parrilladas (grill-rooms), serving up local favorites such as asado de tira (beef ribs), bife de chorizo (rump steak) or morcilla dulce (sweet sausage). Street food is also a cheap, tasty option when feeling hungry, and tend to serve chivitos, steak sandwiches packed with cheese, pickles, olives, bacon, and tomato. Drinking, both on the street and in bars and cafes, is a common pastime, with establishments closing at will, due to a lack of set licensing hours.

Bars and Pubbing in Uruguay

Montevideo’s Ciudad Vieja area has experienced a considerable transformation in recent years, with a number of cool and classy hangouts now found in the area, including El Pony Pisador (Ciudad Vieja, Bartolomé Mitre 1324/26, Montevideo), which offers an eclectic mix of live music, DJs and the occasional stand-up comedian. One of the capital’s most established locations Baar Fun-Fun (Ciudadela 1229, Montevideo) has been serving up just that since 1895, with helpings of tango and the local music candombe each evening.

Trendy wine bars and chic restaurants line the streets of Colonia del Sacramento in Uruguay, and you are bound to find an ideal establishment in which to wile away the evening in this vintage pueblo. Lentas Maravillas (Santa Rita 61, Colonia del Sacramento) is the perfect place to unwind with a mojito; but, for a more upbeat evening head over to the town’s busiest bar Colonia Rock (Misiones de los Tapies 157, Colonia del Sacramento). It’s best to get there early as the place fills up fast.

Famous for its nightclub scene, the party doesn’t get started until pretty late in Punta del Este. Many of the clubs and bars tend to change hands and names on a regular basis. However, Moby Dick Pub (Ramblas Artigas 650, Punta del Este), located across from the yacht club, has been a mainstay for many years. If you fancy participating in one of the town’s renowned beach parties, look no further than Playa Brava’s Ocean Club (Parada 12, Playa Brava, Punta del Este).

Dining and Cuisine in Uruguay

Montevideo is home to one of the world’s most sumptuous barbecue destinations— Mercado de Puerto (Piendras and Yacare, Montevideo). A carnivorous frenzy, this Uruguay market is an array of endless grills and meat stalls, with a buzzing party atmosphere particularly on Saturdays. Not recommended for vegetarians! A more tasteful place to dine is the ambitious Bouza (Canelones, just north of Montevideo). Starting out as a winery, the establishment now houses fantastic nouvelle-cuisine.

Seafood is naturally found in abundance in Uruguay’s coastal town of Punta del Este, with some of the destination’s top dishes served at Manantiales Fish Market Restaurant (Manantiales, Punta del Este). Another great option for savoring the fruits of the sea is the reasonably priced El Tonel (Avenida Golero, Punta del Este), which stays open late.