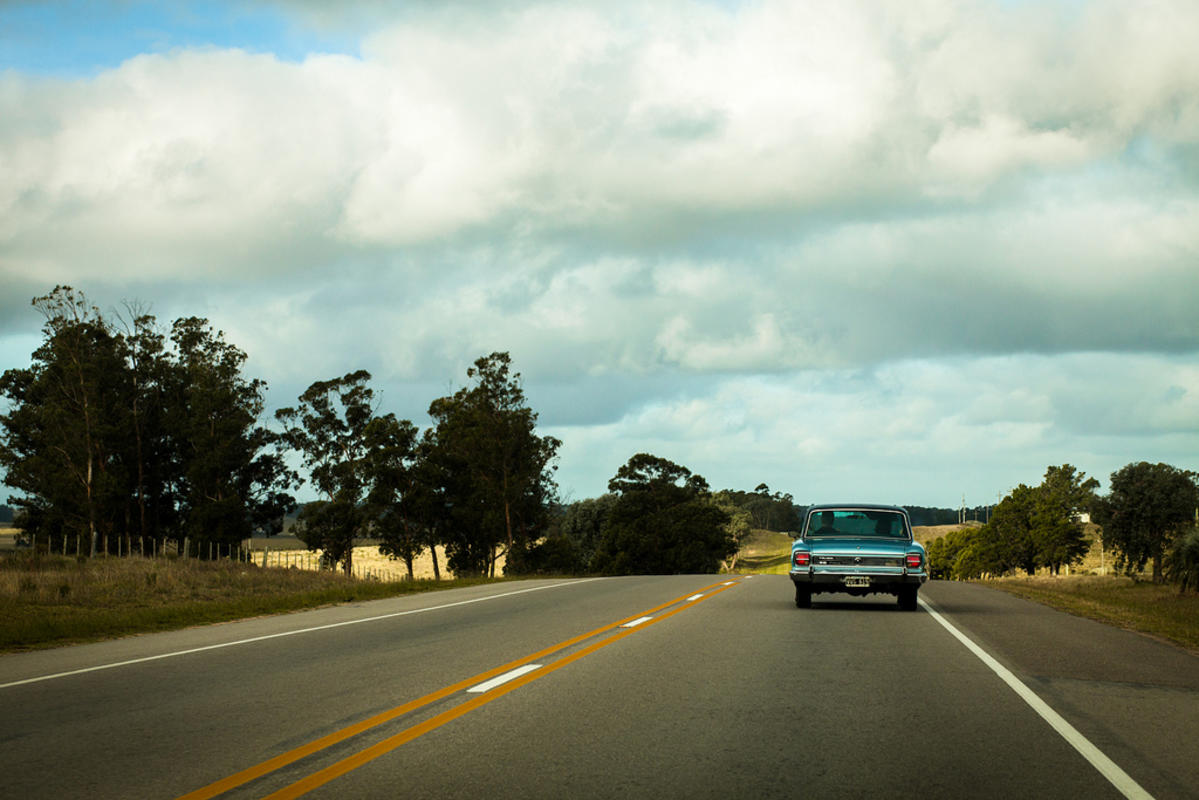 Inner-city taxis are by far the best form of transport due to their extremely low fares. Meters in most cabs tend to be defunct, but fares are calculated using a peso to mile chart. While fares are usually 25 to 50 percent higher on an evening and weekend, taxis remain widely the cheapest and safest forms of transportation in Uruguay. Cabs through private firms, such as ABA Taxis Privados y Transfers (+598-2200-5176), based in Montevideo, can also be arranged. Tipping taxi drivers is also advised and customary. Although traveling by taxi is fairly effortless, hiring a rental car can prove quite tricky, and while available in the major cities, is quite an expensive option.

Uruguay lacks a rail network with the exception of some local services that run from Montevideo to the surrounding suburbs; however, due to the small scale of the country, bus and coach routes are common and operate to a relatively good standard.

Inner-city buses run regularly and are fairly reliable and inexpensive, operating on flat rates. Domestic routes between the major cities, such as Montevideo, Salto, and Punta de Este as well as down the coast are common so unless you’re heading off the beaten track, chances are a bus won’t be too hard to track down. A number of companies, including COT (+598-2409-4949) and Chadre (+598-2-1975) run all major stops.