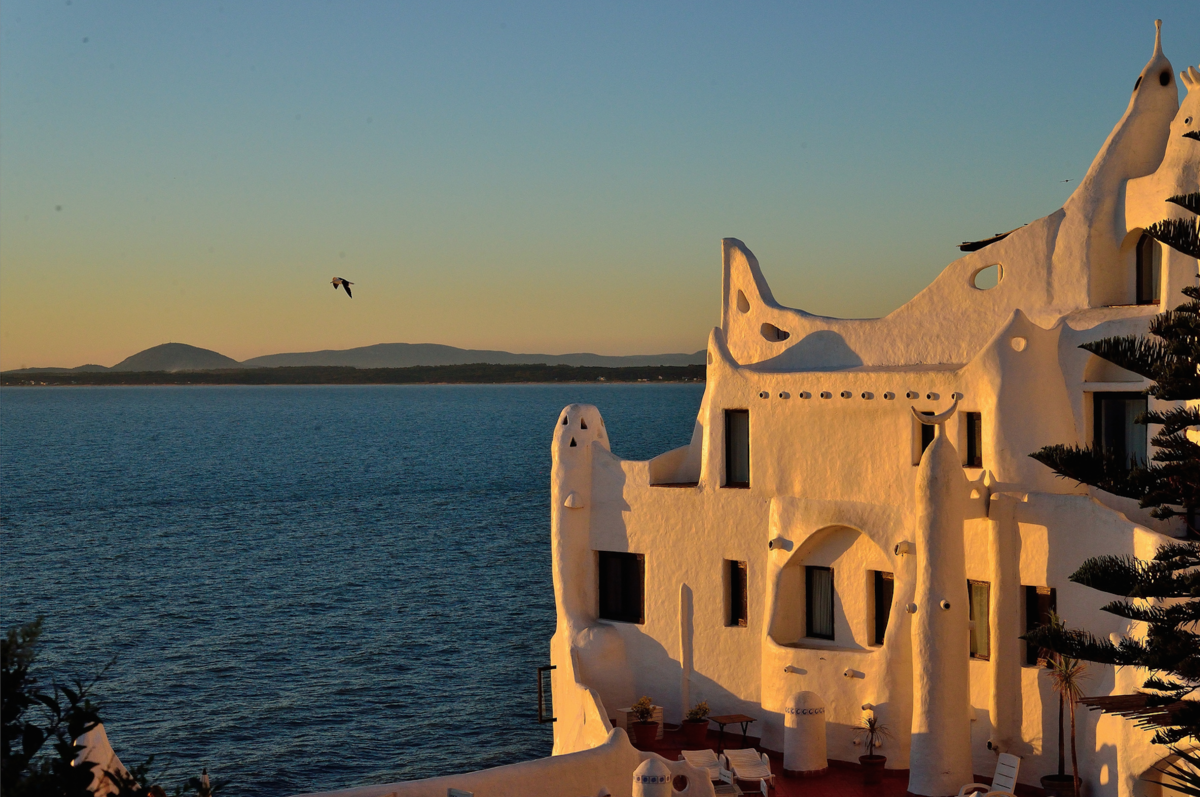 The majority of Uruguay’s attractions can be found in the energetic and charming capital Montevideo, with most centered around the city’s old town and main square Plaza Independencia. As they are all in close proximity, a great way to get around is by bike. However, there is also an array of attractions scattered around other areas of this modest nation in colonial coastal cities such as Colonia del Sacramento, and in emerging destinations along the water.

The historical and most attractive part of Uruguay’s capital city, the ciudad vieja is situated on the peninsula and is the location of the country’s main port. The majority of Montevideo’s most impressive architectural feats and tourist attractions are found in the area, including the Solis Theatre, Metropolitan Cathedral, and numerous museums, such as the Museo Torres Garcia. The old town has undergone a facelift in recent years and now boasts some of the city’s top bars and clubs, in addition to the renowned Mercado del Puerto, a lively food market which is certainly worth a look and taste. Address: Montevideo Phone: n/a Website: n/a

Upon completion in 1928, the stunning 26-story Palacio Salvo was the tallest building in the Americas. A mixture of art deco and Italian gothic, it looms over the Plaza Independencia in Montevideo’s old city. Originally built to house a hotel, the striking building is now occupied by apartments and offices. Perhaps the most symbolic piece of architecture in the country, it is regarded as a national icon by Uruguayans. The Palacio Salvo is a perfect backdrop for your Montevideo holiday snaps. Address: Plaza Independencia, Montevideo Phone: n/a Website: n/a

Located in the old city’s Plaza Independencia, the quirky Torres Garcia Museum exhibits the work of one of Uruguay’s best-known artists. Famous for his caricatures of historical figures ranging from Da Vinci to Beethoven, Joaquin Torres Garcia spent his formative years in Europe working with the likes of Gaudi before returning to his homeland as the founder of the Constructive Universalism movement. The museum, which was opened after his death in 1949, not only showcases some of his finest piecse, but also tells the intriguing story of one of Uruguay’s favorite sons. The seven-story museum, which also houses a theater and a library, welcomes 85,000 visitors each year. Address: Peatonal Sarandi 683, near Plaza Independencia, Montevideo Phone: +598-2916-2663 Website: www.torresgarcia.org.uy

Situated at the scenic Punta Ballena, this mesmerizing Mediterranean-style villa is built into a cliff-face. Designed entirely without right angles by local artist Carlos Paez Vilaro and completed in 1960, this truly remarkable whitewashed building includes a museum, art gallery, and more recently, a hotel. Within the gallery, you can discover how Casapueblo was constructed and learn about Vilaro, before heading over to the bar to enjoy a drink and admire the outstanding views. Address: Punta Ballena Phone: +598-4257-8041 Website: www.clubhotelcasapueblo.com/

Dubbed the ‘Uruguayan Riviera,’ the spectacular beaches that line the south coast are an attraction onto themselves. A myriad of resorts cling to the coast, attracting jetsetters and their wallets from around the continent and further abroad. The endless array of classy casinos, exclusive golf courses, and multi-million dollar holiday homes line the shores, looking out over the fleet of swanky super yachts. However, numerous offshore bank accounts are not a prerequisite for enjoyment here and plenty of other activities such as fishing, boating, and good old fashioned sunbathing ensure everyone has a good time on some of Latin America’s finest strips of sand. Address: Southern Uruguay coastline Phone: n/a Website: n/a

A trip to this vibrant port city is a journey back in time. The cobblestone streets and pastel-colored villas of this former Portuguese settlement are a reminder of the rich history of this once significant city, which played a major part in the regional colonial struggles between Spain and its smaller neighbor. Founded in 1680, the port acted as a smuggling hub, avoiding trade rules imposed by the Spaniards. Today, it’s an energetic resort town, thriving on a growing number of visitors, due to its excellent restaurants and historical attractions. The significance of these years is explained in the many museums now operating in Colonia del Sacramento. Address: Southwestern Uruguay Phone: n/a Website: n/a

Considering Uruguay is fondly referred to as Gaucho (cowboy) country, it makes sense to head to this well-equipped indigenous cowboy museum in the north-central city of Tacuarembo. There’s a range of artifacts and memorabilia, including a traditional outfit from the early 20th century, weapons, such as a baleadores (balls hanging from ropes), guns, and many tribal relics. The museum closes in the early afternoon, so a morning trip is recommended. Address: Corner of Flores and Artigas, Tacuarembo, Tacuarembo State Phone: n/a Website: n/a