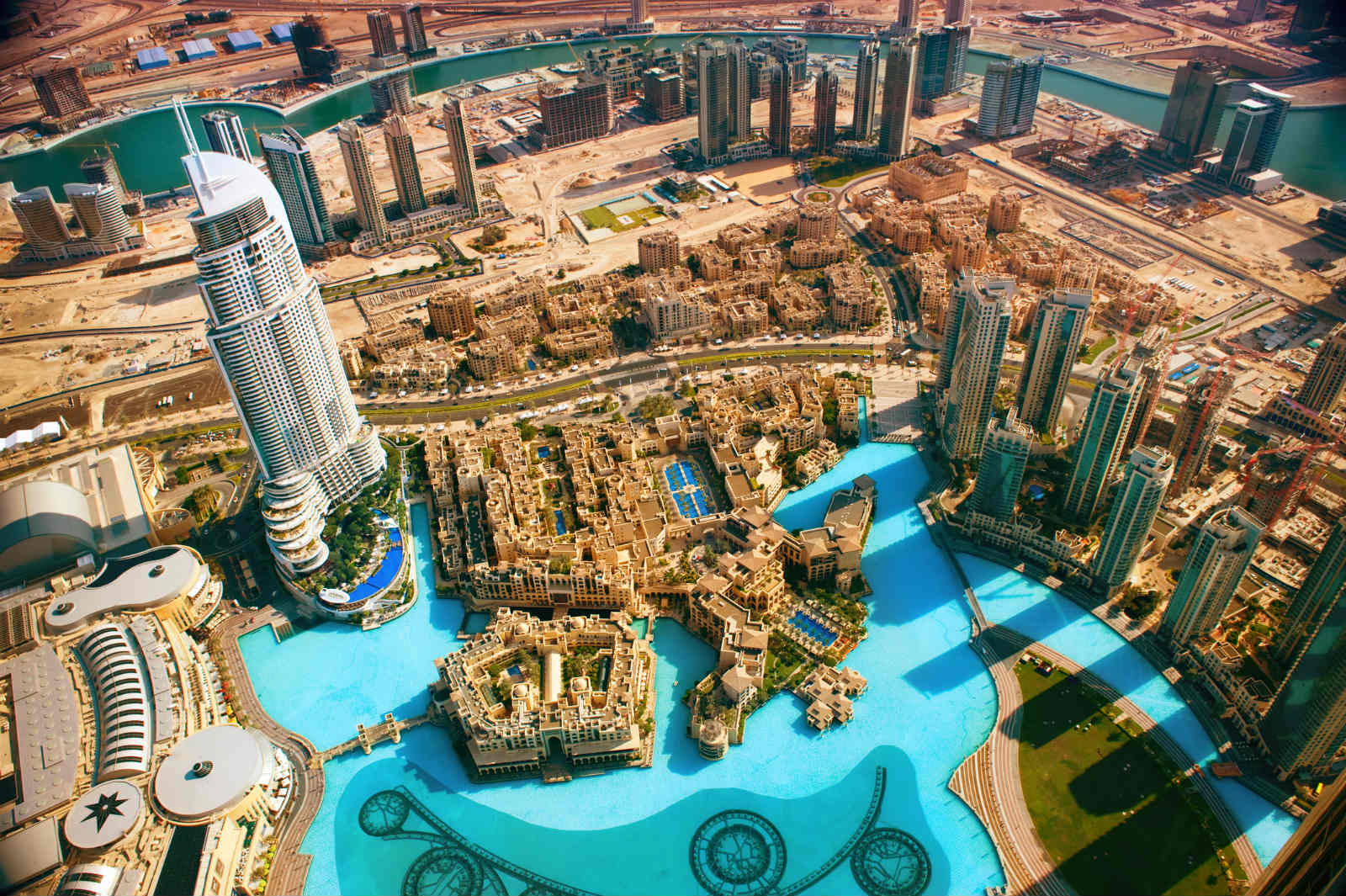 The United Arab Emirates (UAE) is one of the world’s fastest-growing regions. Just a few decades ago, it was nothing more than a united front of fresh-faced sheikhdoms, but it’s newfound independence has seen the magnificent Persian Gulf nation boast one of the highest Human Development Indexes, thanks to large-scale infrastructure projects over the last three decades. The UAE spares no expense when it comes to immaculate city landscaping or breathtaking architectural marvels.

Since the explosion of the oil industry, the UAE and its major cities have experienced unfathomable wealth. Today, Dubai is the commercial center of the country, with plenty of awesome landmarks to explore. The world’s tallest structure, Burj Khalifa, is located in Downtown Dubai. Not far away are the Burj al-Arab seven-star hotel and the Palm Islands. The capital city, Abu Dhabi, is only a short distance away, but radiates its own identity. The gleaming city is home to water parks, shopping malls, the Khalifa Park, a stunning corniche, and the UAE’s largest religious icon, the Sheikh Zayed Mosque. Travel is possible between the two cities via taxi or coach.

Outside of the urban centers, the UAE is surprisingly beautiful. Beaches where water sports and relaxation dominate dot the coastline. The highland areas, such as the Hajar Mountains, are home to ancient archeological finds, some of which are on display at the Dubai Museum and Al Ain National Museum. The remote deserts provide the perfect backdrop for safari tours. Liwa Oasis is a fantastic spot to take in the ancient culture of the Bedouins. But hurry because the rate of construction is higher than ever, and it’s only a matter of time before the natural environment begins to feel the effects.

The Emirates are renowned for their weather: intensely HOT. There are basically only two seasons, June-August is dry and hot, with temperatures soaring into the 120's! (With an average of about 104-degrees F). And October-March when the temperature drops to a frigid 85-degrees F. The best time to visit is during the "cold" months because the heat of summer can be completely unbearable for some - especially for those who aren't use to it. But no matter what time of year you choose to visit the UAE, it will surely be both hot and expensive.

Accommodation is not overly abundant and there are just enough hotels to cover the tourist demand in the major cities of Dubai and Abu Dhabi with more underway. Some of these are the best in the world and come with a price tag to match. The nightlife in Dubai is gaining popularity, as is Abu Dhabi’s dining and drinking culture. This is quite a feat considering the UAE is predominantly an Islamic country.

Dubai International Airport is the busiest air hub in the country, but Abu Dhabi International Airport is growing at a considerable rate, already welcoming more than 12 million passengers a year. Getting into the country by boat is also possible, but not recommended. Flights to the UAE are dominated by two main airlines – Dubai’s Emirates and Abu Dhabi’s Etihad Airways.

The roads are in good condition, but traffic jams are frequent and inconvenient. Due to the rapid population growth of the UAE, the road network is in need of expansion.

Click here for Things To Do in the United Arab Emirates