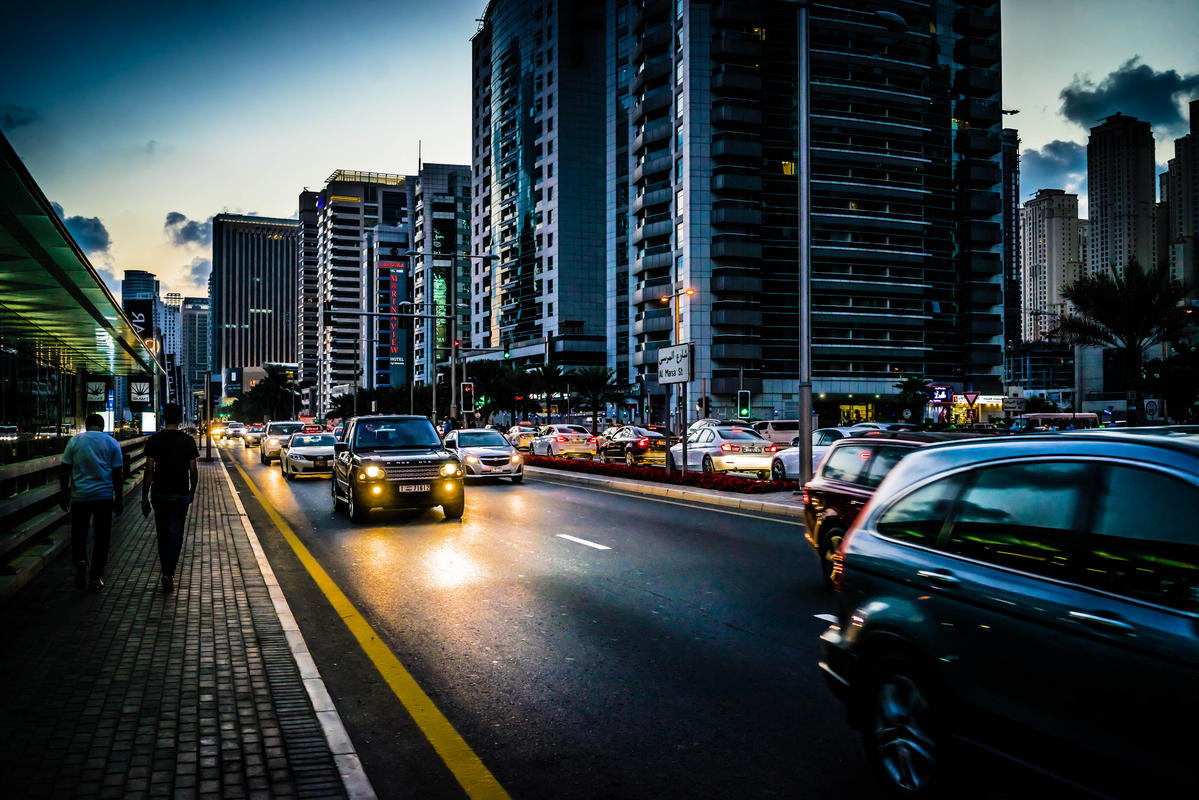 Taxis are relatively cheap in the United Arab Emirates (UAE), but are only available in the cities of Dubai, Abu Dhabi and Sharjah, with most destinations reached for just a few dollars thanks to the low price of oil. After 10:00 p.m. some cabs add a surcharge of a few dollars, but this still won’t break the budget. National Taxi (+671-4-327-4666) is the main company offering services in Dubai and Abu Dhabi. Metro Taxis (+671-4-267-3222) are also reliable.

To rent a car in the UAE, an International Driver’s License is required. If you only have a national driver’s license, a local automobile association can transfer your details for a fee. Airports and major cities have plenty of rental agencies, including some of the world’s leading companies. However, be aware that drivers often hold no regard to the rules of the road. Locals commonly speed, run red lights and don’t use turn signals. As a result, the UAE holds the third-highest death toll for car accidents in the world.

Water taxis are only available in Dubai. Tourists can catch a ferry across the Dubai Creek to visit destinations like Deira. Waterbuses and cheap abra ferries are mainly used by locals, but it is possible to rent an abra for a half or full-day tour.

The major cities of the UAE have their own public bus systems. Abu Dhabi’s main station is found on Hazaa Bin Zayed Road, where both intra-city and inter-city routes originate. The buses cost as little as a few dirham for a day pass. Sharjah only has a small network operated by the local authorities, but Dubai’s is much more extensive and requires a Nol card to ride. Gold Souk Market and Al Ghubaiba are the two largest stations in the emirate.

Trains are only found in Dubai and the Dubai Metro is serviced by two lines. The Red Line travels along the coast, connecting the inner city with several landmarks, including the airport. The Green Line runs through the center of the city. Within the next few years, purple and blue lines will extend the system even further.

Click here for Airports in the United Arab Emirates