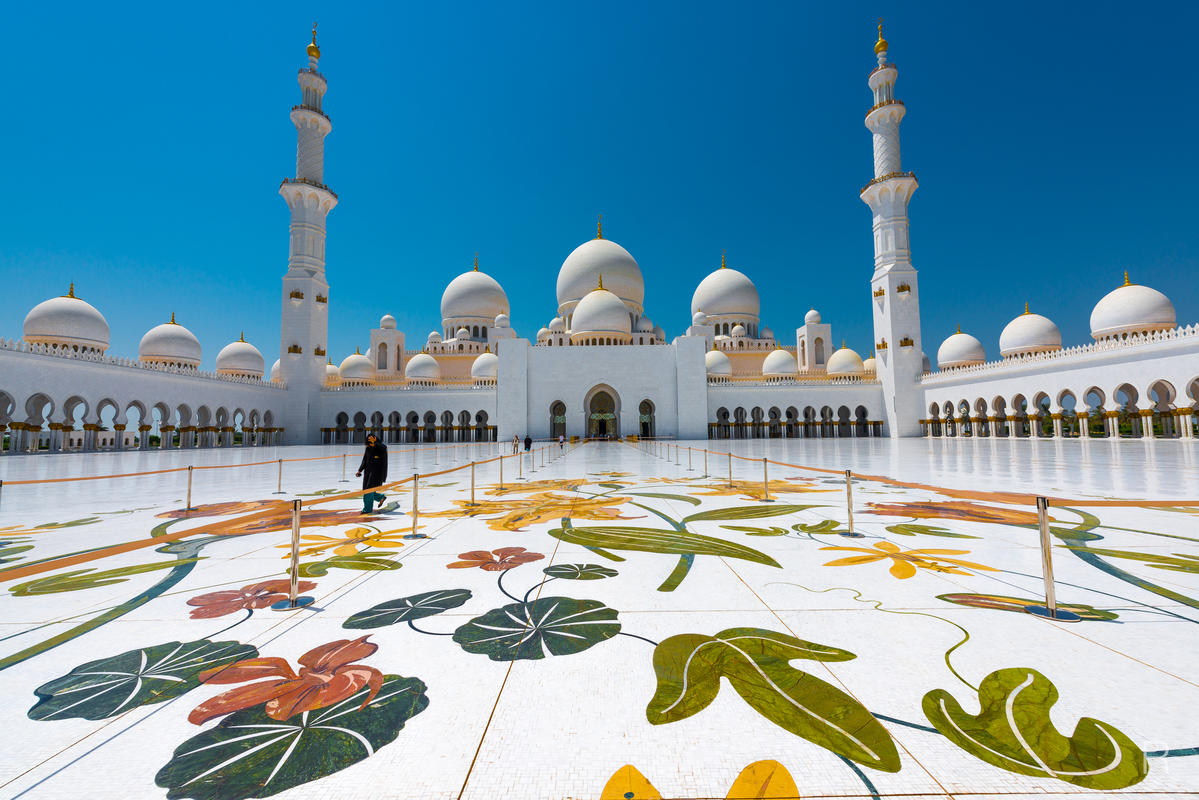 Many of the attractions that have made the United Arab Emirates (UAE) famous are manmade, with the country’s natural beauty often overshadowed by its artificial landmarks. Dubai is home to the world’s tallest tower, Burj Khalifa. Towering over the rest of the Middle East, it stands at more than 124 stories. Another famous spot is the Burj al-Arab hotel, which is the only seven-star hotel in the UAE and among the world’s most impressive accommodations.

The tallest manmade structure in the world, Burj Khalifa, is one of the most impressive creations the globe has ever seen. Standing at a height of more than 2,700 feet, this marvel of engineering is the new icon of the modern UAE. There is an observation deck on the 124th floor and the Dubai Fountain outside. Tourists can venture to the top if they’re brave, but the views are hair-raising. Address: Emaar Boulevard, Downtown Dubai, United Arab Emirates Phone: +971-4-888-8124 Website: http://www.burjkhalifa.ae/

The world famous Burj al-Arab hotel is one of the UAE’s most popular sights. Built in 1999, it’s the fourth-highest hotel in the world. The entire building radiates luxury, as it is classified as a seven-star accommodation. Visitors can tour the hotel by booking in advance, but rooms must be reserved at least a month prior. Address: Jumeirah, Dubai, United Arab Emirates Phone: +971-4-301-7777 Website: http://www.jumeirah.com/en/Hotels-and-Resorts/Dest...

The Dubai Museum is the most visited building in Dubai seeing more than 80,000 tourists a year. It is found within the old Al Fahidi Fort, where travelers can explore the historical and cultural aspects of this beautiful country. Witness life amid the traditional pearling industry or food stalls from the old souks (markets). There are hundreds of antiques and archeological finds scattered throughout the museum. Address: Al Fahidi Fort, Dubai, United Arab Emirates Phone: +971-4-353-1862 Website: n/a

The Grand Mosque of Abu Dhabi, which is commonly referred to as Sheikh Zayed, is one of the largest mosques in the world, not to mention the largest place of worship in the country. Tourists who are not practicing Muslims can still tour the site in the mornings between Saturday and Thursday. However, Fridays are strict prayer days and see the building closed to non-worshippers. Address: Al Maqtaa, Abu Dhabi, United Arab Emirates Phone: +971-2-441-6444 Website: http://www.szgmc.ae/en/

The largest city in the UAE is home to the most popular park in the Emirates. Built recently at a cost of US $500,000, inside is an aquarium, a museum, playground, toys, a train, and beautifully landscaped gardens. Address: Al Salam Street, Abu Dhabi, United Arab Emirates Phone: n/a Website: n/a

Al Ain is an important stop for tourists exploring outside Dubai and Abu Dhabi. It is found about 80 miles southeast on the border with Oman. It includes several fascinating sites, such as the Al Ain Museum and The National Museum, the oldest of its kind in the UAE. Ethnographic and archeological sections are inside with collections dating back to the Bronze Age. The famous Sultan Fort is found next door. Address: Al Mutawaa, Al Ain, United Arab Emirates Phone: +971-3-764-1595 Website: http://www.adach.ae/en/portal/heritage/alain.natio...

In the middle of the Empty Quarter lies one of the most impressive rural communities in the UAE. Numerous villages are found at the Liwa Oasis, which provide tourists a look at traditional Bedouin lifestyle and culture. The area is only 65 miles to the south of Dubai, and buses and tour vans make frequent trips from the coast. Desert safaris and dune-bashing are two popular activities here. Address: Liwa Oasis, Mezairaa, United Arab Emirates Phone: n/a Website: n/a

The Corniche at Abu Dhani is a beautiful place worth exploring with the family. It spans several miles along the city’s waterfront and boasts several important landmarks. Sandy beaches offer tourists the chance to swim, while entertainment in the form of playgrounds and a go-kart track are on hand. Visiting in the evening is recommended. Address: Corniche Road, Abu Dhabi, United Arab Emirates Phone: n/a Website: n/a

Click here for Food and Restaurants in the United Arab Emirates