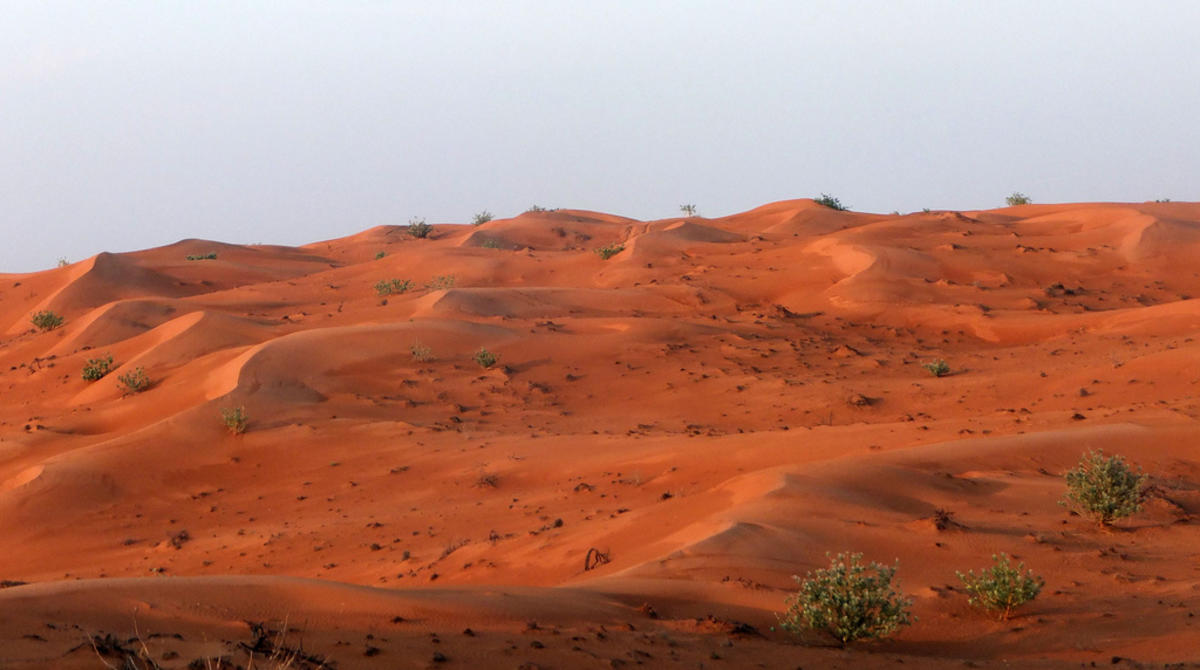 The United Arab Emirates (UAE) experiences two distinct seasons. Between the months of June, July and August, the weather can be almost unbearable due to soaring temperatures upwards of 122°F, although the average is around 104°F. Even though only a small amount of rain falls on the UAE, the summer experiences a very humid climate.

The cooler months, which run from October through March, are much more pleasant with temperatures hovering around 85°F. The skies remain sunny throughout the season and travelers will find the weather extremely comfortable.

Most of the rainfall, which is only about five inches on average, comes down in short bursts of heavy downpours during late summer. The highlands can see up to 13 inches and the cities and towns are prone to flooding during these times. Violent dust storms can also be a problem. Tourists are advised to stay indoors when one is approaching, as they can severely affect visibility and lead to health problems.

The peak tourist season of the UAE is between October and March, when the climate is the most pleasant. The UAE is an expensive place to visit any time of year, but prices increase during these months, especially during the December and January holiday period.

Even though the weather can be somewhat uncomfortable, the UAE still welcomes thousands of visitors in April, May and September. Temperatures are not overly uncomfortable and cheaper accommodation and flights are appealing.

Click here for Festivals and Events in the United Arab Emirates