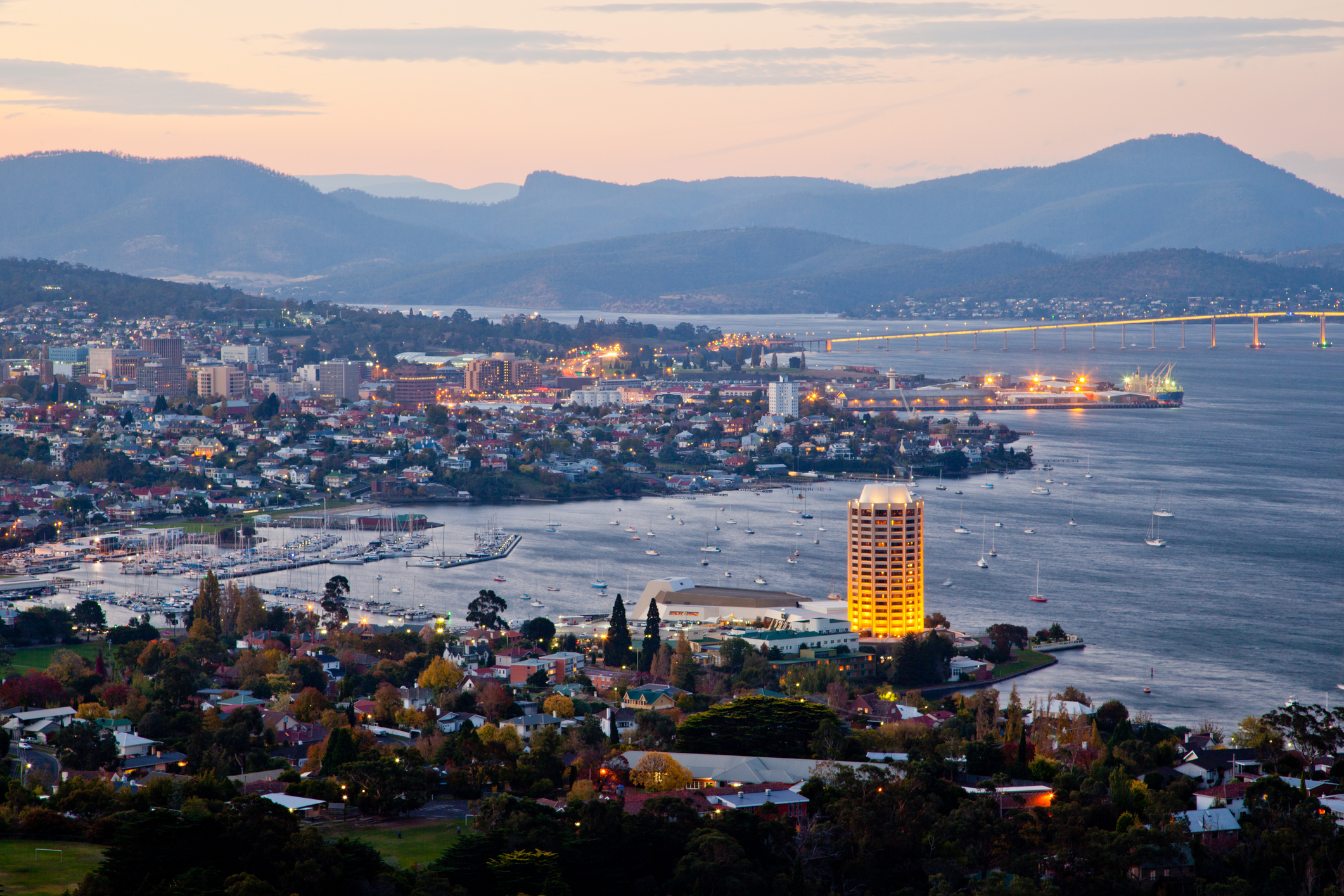 The smallest state in Australia, Tasmania is often referred to as “the Natural State.” Tassie (as it is commonly called) sits off the southeastern coast and is one of the world’s most pristine frontiers, with more than 40 percent of the landmass protected under national and international laws. Unfortunately, a century of continuous logging has led to the common phrase “see it before it disappears” so it may be worthwhile to bump it up on your priority list. Whether you get to Tasmania sooner or later, there is a vast wilderness to explore across the “Apple Isle.”

Hobart is the largest city in the state and its rich heritage was the site of Australia’s first full penal settlement. An impressive blend of old and new, Salamanca Place and the harborfront are popular spots, especially on weekends when markets flood the area. Port Arthur and its fascinating history is a great attraction, taking visitors back to the time of colonists and convicts. Launceston, Devonport and Burnie are the next biggest cities, but you’ll quickly see the real enchantment in Tasmania lies beyond the bustling streets of the urban centers.

Tasmania has more nationally recognized nature sites than any other place in Australia. Cradle Mountain-Lake St Clair National Park boasts the famous Overland Track. Ski slopes, while not in abundance, can be found in the central highlands. In summer, mountain biking and hiking are two of the more popular activities. While not the Great Barrier Reef, scuba diving in the fresh and thriving cold water off the coast of Tasmania is another booming attraction.

From humble campsites throughout to high-end hotels in Hobart, Tasmania has an assortment of accommodations and styles to suit all taste buds and budgets. The state is actually renowned for its bed and breakfast cabins, many of which rest in the unspoiled woodlands and forested areas. Seafood is bountiful in this part of the world, but restaurants can still be quite expensive, especially those with fresh catches. A night out in Hobart, Launceston, or Devonport is recommended, but visitors will notice significant differences between Tasmania and mainland Australia’s nightlife culture.

The weather of Tasmania is pretty temperate, and they experience four distinct seasons throughout the year. Summer lasts from December to February and is the best time to visit Tasmania because the weather is most predictable and most comfortable - although it is the busiest time for tourists .If yo want to avoid the crowd and the bad weather visit during spring or fall. Winter is particularly rainy and can even get cold enough to snow. But no matter when you go to Tasmania the weather compliments the landscape and creates beautiful scenes.

Hobart International Airport is where most travelers arrive when they begin their Tasmanian holidays. However, over a decade ago, the government purchased two cruise liners for trips between Devonport and the Port of Melbourne. The Spirit of Tasmania is one of the most important transportation options for getting people here. Driving is also popular, largely due to the many scenic routes across the country. Off-road trails are endless, and plenty of rental car agencies will assist in booking a suitable vehicle.