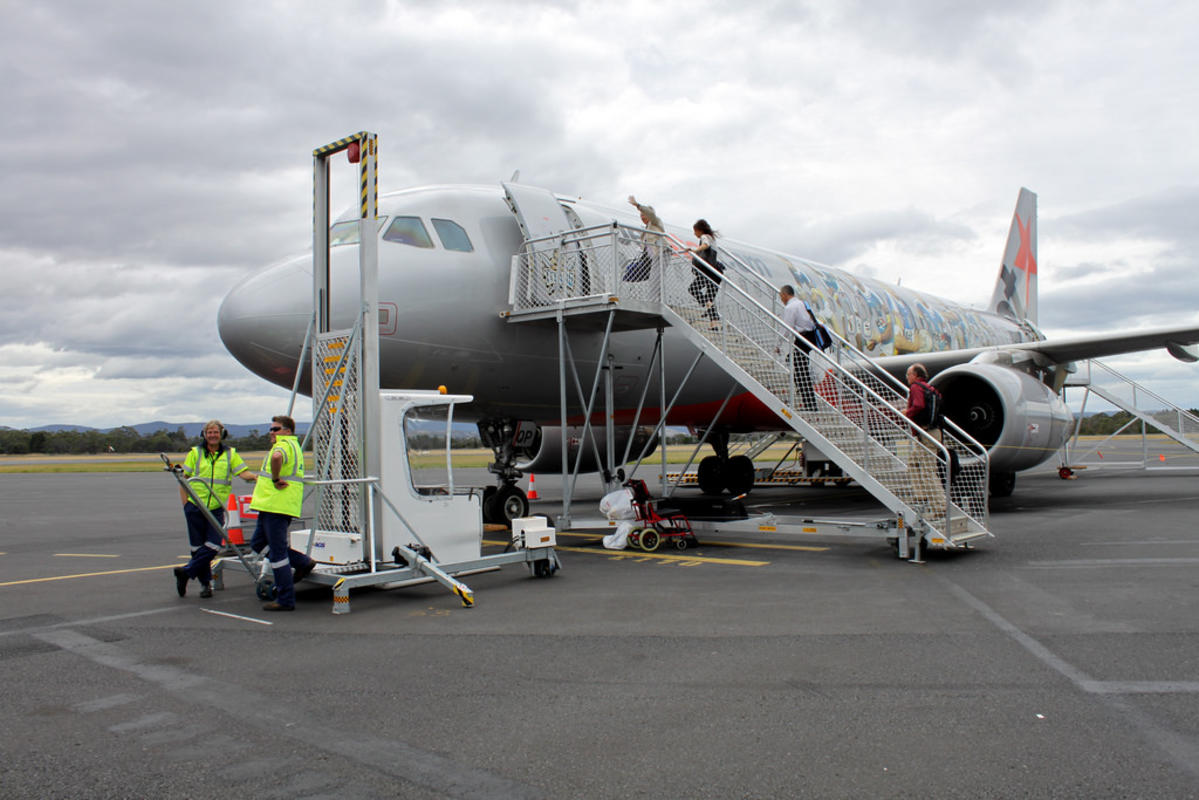 Built in 1956, Hobart International Airport is the busiest gateway into Tasmania. Despite its name, Hobart no longer caters to international passengers since Air New Zealand discontinued its service from Christchurch in 1998. Nevertheless, the airport still contains services for international travelers, such as customs and security checkpoints. Currently the airport handles nearly two million passengers and more than 14,000 aircraft landings a year. It is one of the only curfew-free airports in Australia, thanks to the rural area surrounding the facility.

The busiest routes are locally to Melbourne, Sydney and Brisbane. Qantas, Jetstar, Virgin Blue and Tiger Airways are the major airlines serving the state. North American travelers will have to enter Australia at either Brisbane, Sydney or Melbourne before connecting into Tasmania.

There are two terminals, the domestic terminal which serves Qantas and Jetstar in the northeastern area, while Virgin Blue Airlines and Tiger Airways flights are handled in the northwestern. The International Terminal in the new building was opened in 1983 to accommodate flights to and from New Zealand. Since shuttering service, Virgin Blue and Tiger Airways use this area to disembark. Though there is no duty-free, shopping is still available. Flight Café is one of the most popular spots to eat in the terminals, and fast food restaurants like Subway can also be found.

Getting to and from the airport is relatively easy. Bus services are frequent, taking passengers from Hobart International to the center of Tasmania’s capital. Car rental is a popular option for travelers and desks for Hertz, Budget, and Thrifty can be found in the Arrivals Hall. Taxis are in abundance, but are usually the most expensive option.

The second busiest yet fastest growing airport in Tasmania is Launceston Airport. More than one million people utilize the facility every year, making it the 13th largest air gateway in Australia. All flights are domestic, served by several major Australian carriers including Virgin Blue Airlines, Jetstar, Qantas and Australian Air Express.

There are several daily flights between Launceston and Melbourne, which transport more than 800,000 passengers a year to Tasmania. The next busiest route is to Sydney, which only carries about 200,000 per year. US travelers will need to fly into Melbourne or Sydney to continue on to Launceston. There is only one terminal, which was recently upgraded. Airport shuttles and taxis are the only ways to get between the airport and your onward transportation.