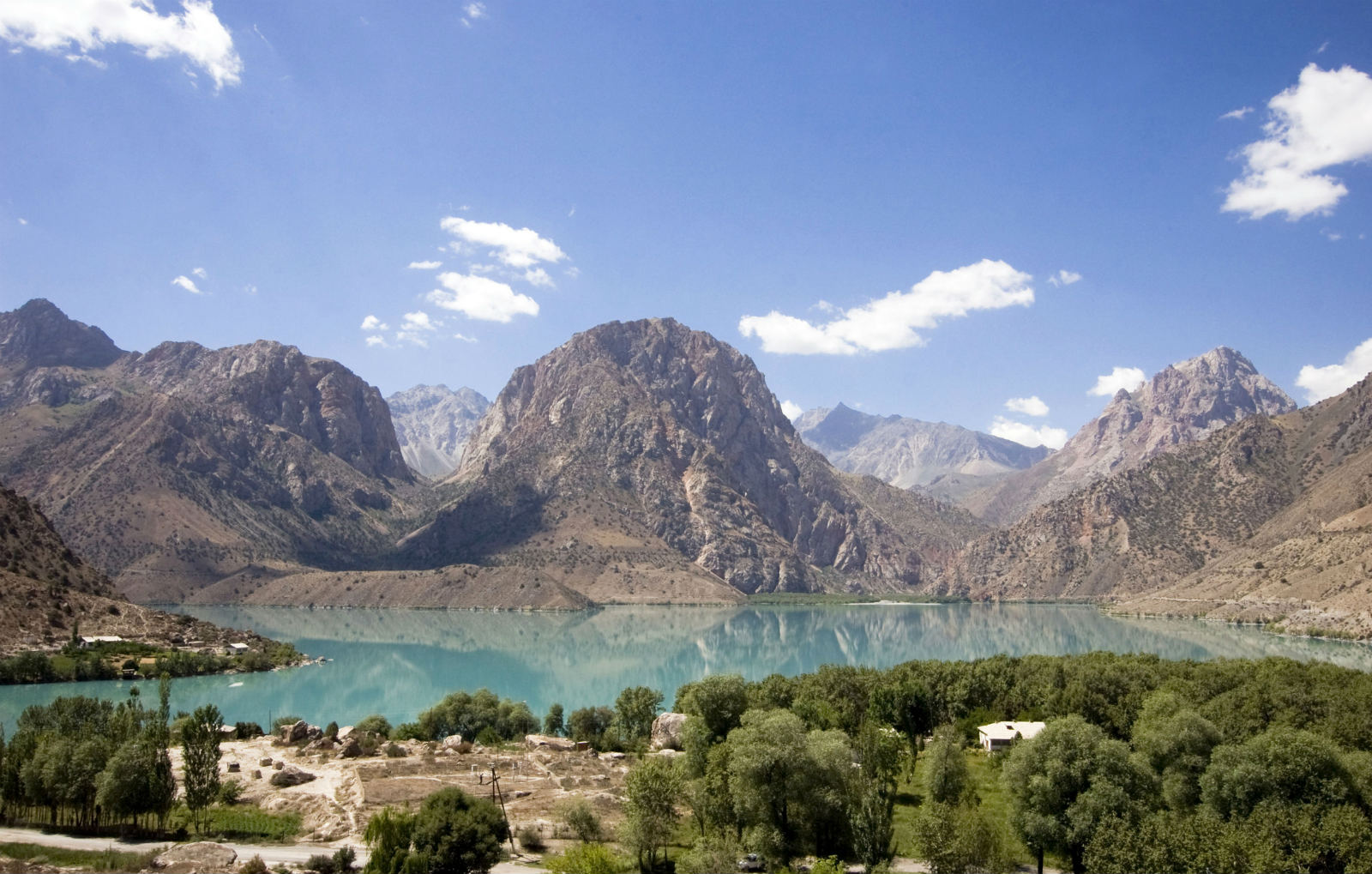 In the 1270’s, Marco Polo followed the Silk Road that passed through the Pamir Mountains in what is now Tajikistan. He was the first European to describe the spectacular spiral-horned Marco Polo mountain sheep that are still the emblem of that area. The Tajik people refer to the Pamirs as the “Roof of the World,” an apt description for the mountainous range that looms above Tajikistan. Below the peaks, glaciers, forts, lakes, ancient rock carvings, bustling bazaars, and big cities can all be enjoyed by tourists.

Tajikistan has moved between the hands of many empires throughout its long history, with each occupation leaving its mark on the landscape and culture of the area. Ancient monuments, such as the Gissar fortress west of Dushanbe and the 7th century Buddhist monastery of Ajine Tepe at Kurgan-Tyube in Eastern Tajikistan, offer visitors an insight into the past. The big reclining Buddha at Ajine Tepe, now housed at the National Museum, is one of the most famous relics in the country.

Years of Soviet communist rule followed by civil conflict means that Tajikistan does not have much well-developed tourism infrastructure. The large cities have some modern hotels, but accommodations in rural areas usually take the form of home stays. Tajikistan is a cheap place to visit, and most find the rustic authenticity of the experience usually makes up for any lack of western-style luxury. Tajik people are also known for their friendly hospitality. The food is wholesome and filling, usually based around meat, bread, and vegetables. Western-style food is available in the larger cities.

While in Tajikistan, visitors should take the time to visit a bazaar, pick up some embroidered textiles, take a camel ride on the Pamir plateau, and spend time relaxing in the many hot springs that dot the country. Spectacular natural wonders, such as the craters and caves of the Khodja Mumin salt mountain of or the glaciers of the Pamir Mountains, are also not to be missed.

Because the terrain and geography of Tajikistan varies so much, so too does the climate and weather of the country. The northern lowland areas have a continental climate and experience brutally cold winters, whereas the southwestern lowlands are much warmer. The mountainous regions experience weather extremes from season to season - having very cold and snowy winters and warm and sunny summer. The best time to visit Tajikistan depends on your reason for going, if you want awesome scenery and sightseeing, the springtime offers god weather an bright blossoming wildflowers. Autumn also has good weather, and the bazaars are filled with freshly harvested fruit and nuts.

The roads around Tajikistan are often in poor condition, but the scenery often makes up for any hardship. The Shahriston pass between Khujand and Uro-Teppa is one of the most beautiful roads, linking up with the M34 and passing by the gorges along the Fann River. Another popular route is the road from Khorog to Langar via Ishkashim, which follows the Wakhan River Valley past hot springs, ruined forts, and temples.