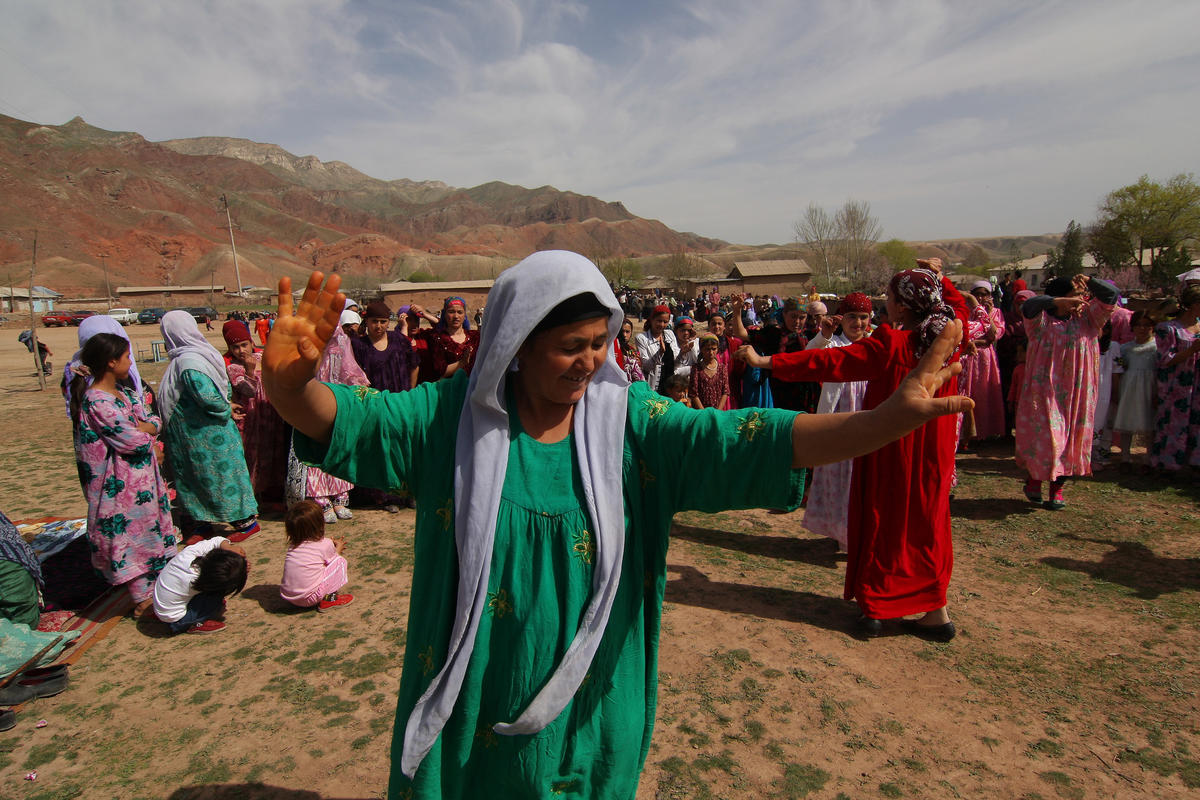 Tajikistan is a predominantly Muslim nation, so many of the national Tajikistan holidays and regional festivals are related to events in the religious lunar calendar. Most Tajiks take part in the celebrations at the end of the holy month of Ramadan. Celebrations usually feature music and food, with communities coming together to rejoice. Regional festivals, such as the colorful spring Tulip Festival (Sayri Guli Lola), are a good way for visitors to get a better insight into the traditions and culture of this fascinating land.

New Year’s Day (January 1) is a public holiday in Tajikistan, and one of the biggest holidays of the year. It is celebrated in a similar manner to western Christmas, with decorated trees, gift giving, and family visits. Many towns will also host fireworks displays.

Navrus is the celebration of the Persian New Year, which takes place over three days between March 20 and 22 each year on the spring equinox. The event is a national public holiday and a very important festival. Celebrations are a community affair, with whole towns preparing special dishes, eaten only on this occasion, and taking part in street parties, concerts, and parades, as well as visiting with friends and family.

Sayru Guli Lola is a regional festival held in the north of Tajikistan in honor of the native tulips that flower during spring. This colorful two-day festival is hosted by different towns and features traditional choirs, music, and dancing. The first day sees locals tying tulips around trees, where people gather to sing, dance, and make wishes. Naqshi Kalon is a traditional song particular to this festival, and evening torchlight parades represent the victory of light over dark. The next day is for self cleansing in rivers and remembering the dead, with special prayer services held at cemeteries.

Victory Day is a national public holiday that takes place on May 9 each year. The festival, which has been observed in Tajikistan since 1946, commemorates the Soviet Union WWII defeat of Germany, and is usually characterized by fireworks and a military Parade. Each town has its own celebrations that often include greeting veterans and acknowledging their wartime achievements. The capital, Dushanbe, has the largest organized event, centered on Victory Park.

The Muslim event of Eid al-Fitr, also locally referred to as Idi Kurbon or Qurban Eid, takes place according to the Islamic lunar calendar, usually during September, to celebrate the end of the Ramadan holy month of fasting. Festivities usually center on communal prayer, feasting, and family visits. Fasting is forbidden for Muslims on this day. Children are given sweets in the early morning, and the average household receives visits from more than seventy people in a day. It is also a time for gratitude and giving to charity.

Tajikistan celebrates its 1991 independence from the Soviet Union on September 9 each year. Each town celebrates in its own fashion, usually with a festival that includes street parades, concerts, and fireworks. Independence Day is a nationally observed public holiday.

This Muslim celebration occurs 70 days after Ramadan on 10th day of the 12th month of the Islamic calendar. Also known as the Feast of Sacrifice, the event commemorates the Prophet Abraham’s willingness to sacrifice his son in submission to God’s will. The four-day celebration features special prayer services and a family feast of fattened sheep (in reference to the lamb that was sacrificed in the place of Abraham’s son, also at God’s command).