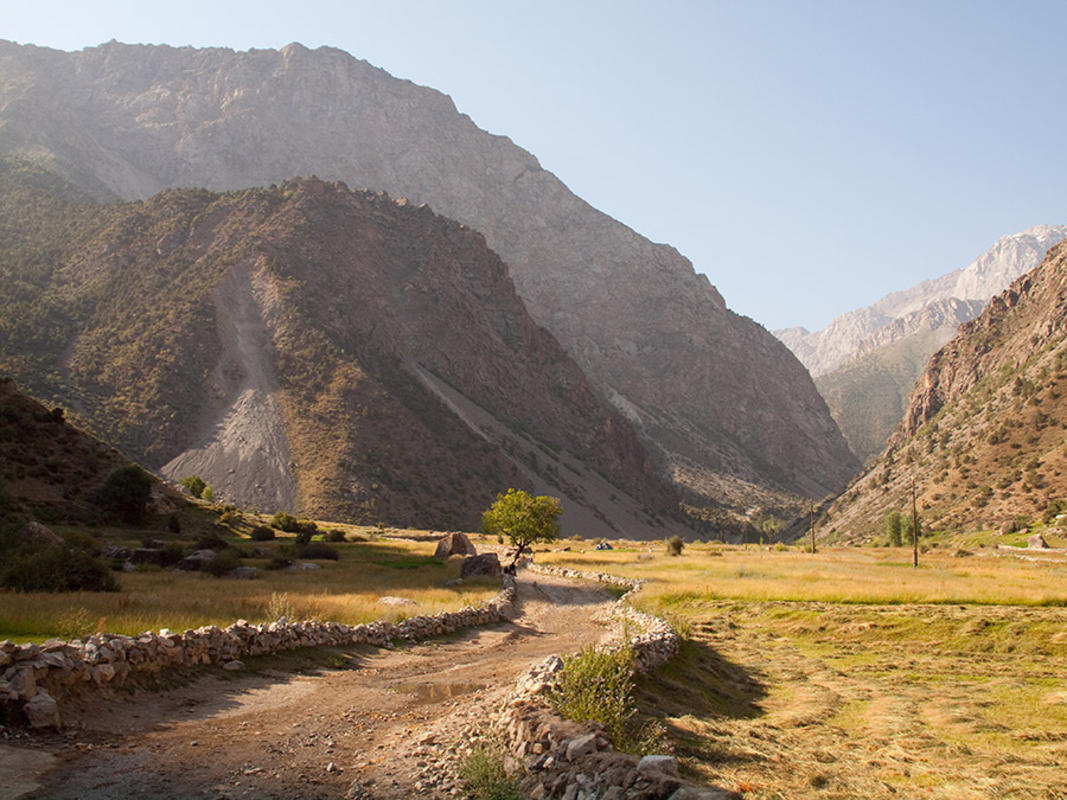 The climate of Tajikistan varies with the terrain; the lowland areas, including the Fergana Valley, have a continental climate with very cold winters, while the arid southwestern lowlands are much warmer. The mountains can be very cold and subject to extremes of temperature all year round.

All areas have four distinct seasons. Spring runs from March to May and is mild, as are the autumn months from September to November, with average temperatures of between 68°F and 86°F in the lowlands.

The hot dry summer stretches from June to August, with average temperatures ranging from 74°F to 86°F, but often exceeding 104°F in the lowland cities. By contrast, the Pamir Mountains enjoy pleasant summer temperatures, averaging between 41°F to 50°F. The winter months of December, January, and February can be very cold, with lowland cities averaging 26°F to 30°F in January. The Pamir Mountains in the east average a chilly -4°F to 5°F.

Tajikistan receives moderate annual rainfall, with winter and spring being the rainiest times of year. The Fedchenko Glacier is the wettest part of the country, receiving average annual rainfall of 88 inches. The eastern Pamir Mountains is the driest, with a yearly average of less than four inches.

The best time to visit Tajikistan depends on the reason for the visit. The clement spring weather is ideal for sightseeing, as the country is particularly beautiful due to the blossoming flowers and tulips. Autumn also has pleasant weather and is a good time to visit the bustling towns and cities, where bazaars are filled with newly harvested fruit and nuts.

The summer heat can be very draining in the cities, so tourists often avoid the lowlands during these months. However, summer is the best time to visit the mountains, so hiking enthusiasts often prefer to come to Tajikistan then.

Winter is atmospheric and can be an exciting time to visit the lowland cities, while most avoid the mountains during this season, as it gets very cold and roads are often closed due to snow.