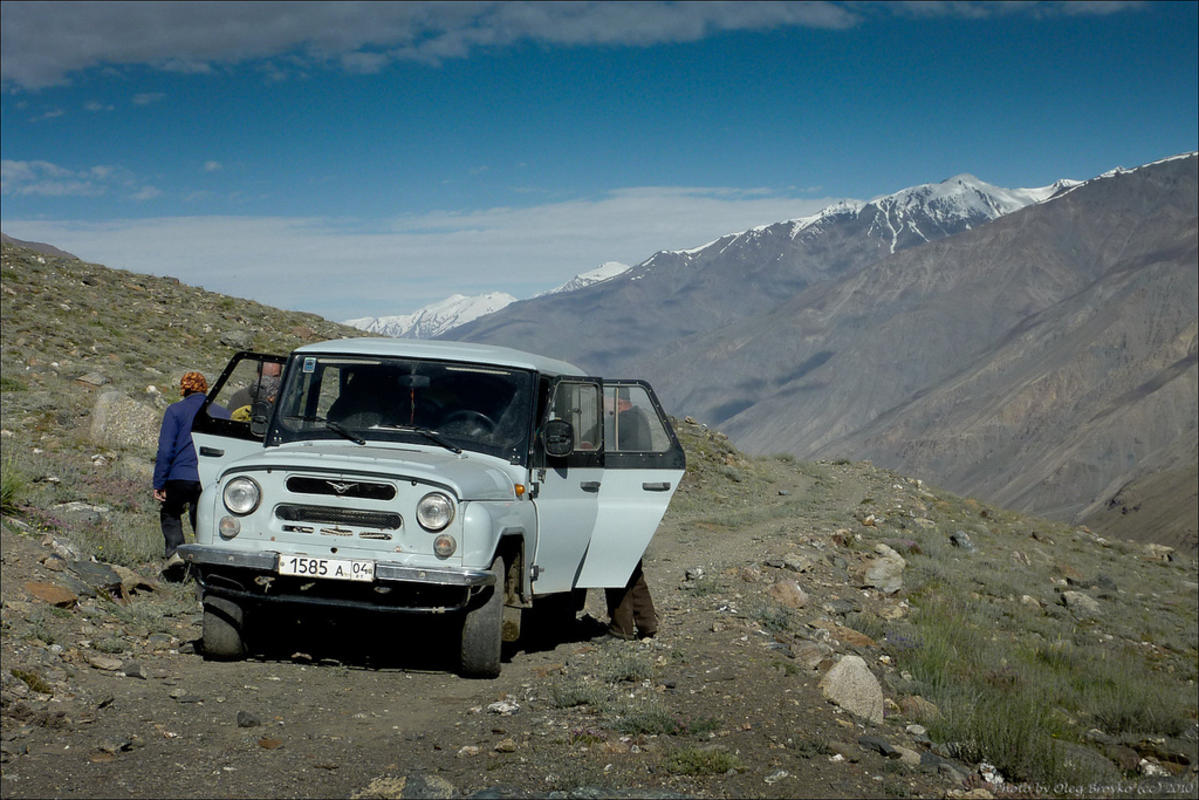 In Dushanbe, it is recommended that visitors stick to officially licensed taxis, which can be caught from a rank or hailed from the street. Across Tajikistan, taxis are often shared, with the price to the destination being per person. Before embarking on a journey, make sure the destination and price are clear and agreed. There are no meters in taxis in Tajikistan, so do some research first to get an idea of approximate costs. NGOs can be a good source of information on how best to get around and between towns in Tajikistan. The OSCE Border Management Staff College (+992-98-233-3333) at Dushanbe provides the number of a local private taxi service to its students. Renting a private car or taxi is more expensive, but still more comfortable than getting around by bus.

Renting a car in Tajikistan can be difficult, as large international firms do no generally have a presence and the roads are in very poor condition in some areas. Private drivers advertise in the Dushanbe Newsletter. Such services include Nikolai (+992-98-577-0055), which operates a 2007 Toyota Corolla, and Ham Safar Travel Company (hamsafarinfo@yahoo.com), which offers Landcruisers with drivers. Due to the state of the roads, a four-wheel-drive vehicle is recommended. Even then, driving in Tajikistan is not for the faint hearted, but those who take up the challenge will be rewarded with greater autonomy and access to astoundingly beautiful scenery.

Marshrutka are minibuses that follow a set route. Fares are very cheap, and this is the most common way of getting around Dushanbe city. Passengers can board or alight anywhere along the route. The minibus is caught by hailing it from the street and paying the fare on boarding. Tell the driver to stop as the required destination approaches (haminjo eested in Tajik).

Full-sized buses travel between towns, offering an even cheaper way to travel. However, they can often be very crowded and there have been reports of frequent breakdowns, so travelers are advised to bring water for the journey. Tickets can be booked at bus stations. It is a good idea to start the journey early in the day to avoid arriving at the destination after dark.

The north and south of Tajikistan are not directly connected by train, so those wishing to traverse the country via rail will need to go via Termez in Uzbekistan, which is a much slower journey than by taking a bus or car. However, trains are a viable way of getting around Dushanbe city and from Dushanbe to Khujand. The 368 is an overnight train operating on weekends.