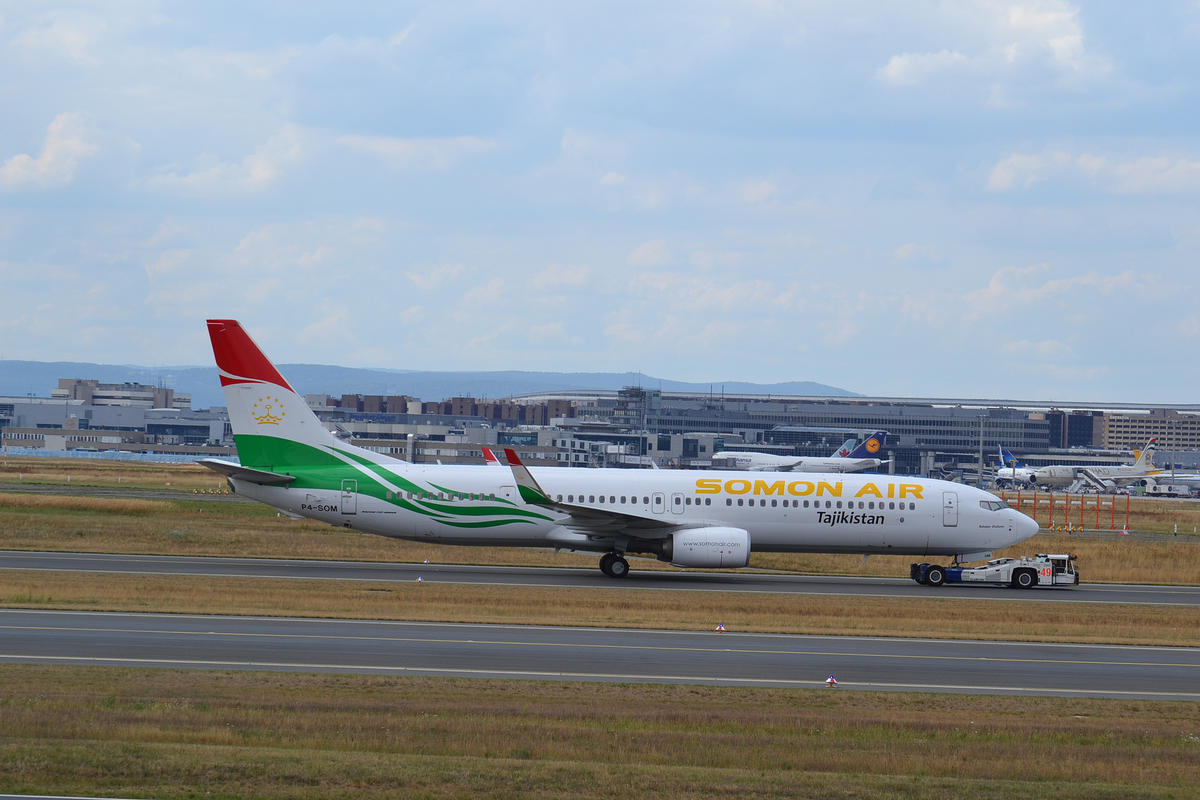 Dushanbe International Airport (DYU) is located in Tajikistan’s capital, Dushanbe. It is the home of national carrier Tajik Air and private carrier Somon Air. It is the main airport for the country and the gateway through which most overseas visitors arrive. Russia, particularly Moscow and St Petersburg, is the main international destination running flights to and from Tajikistan. There are also regular scheduled flights to Istanbul in Turkey (Turkish Airlines, Somon Air), Dubai in the United Arab Emirates (Somon Air, Tajik Air), Frankfurt in Germany (Somon Air), and Tehran in Iran (Somon Air, Iran Aseman Airlines). Most visitors from places out of Central Asia will transit through Russia, Dubai, or Germany. There are ATM’s at the airport, as well as currency exchange, food outlets, and shops. From the Arrivals hall, visitors can get to the city via licensed taxi, train, or minibus 1 (goes to Giprozem, Sakovat Bazaar, the Circus, the War Memorial, and Aini Street, airport) or minibus 8 (Airport, Aini Street, Rudaki Avenue, Ismoil Somoni Street, 102nd microdistrict west). Train lines 3 and 4 at the nearby station run to the city between 6:00 a.m. and 6:00 p.m. The journey takes about 20 minutes.

Khujand International Airport (LBD) serves Khujand, the second-largest city in Tajikistan. The airport is located in the neighboring town of Chkalovsk. Some 12 carriers, including Tajik Air, which flies to several international cities including Moscow and St Petersburg, operate scheduled flights from the hub. Most visitors from non-Russian nations will transit through Russia to get to Tajikistan. Flights to and from this airport are often disrupted by inclement weather. On arrival, visitors can get into town by minibus or taxi.

There are about 13 domestic and military airports in Tajikistan, linking with various parts of the country as well as with some overseas destinations, mostly in Russia. Kulyab International Airport serves Kulob, and Khorog airport serves Khorugh city. Tajik Air links both airports to St Petersburg and Moscow in Russia. It is quite common for bad weather to disrupt air services in Tajikistan.