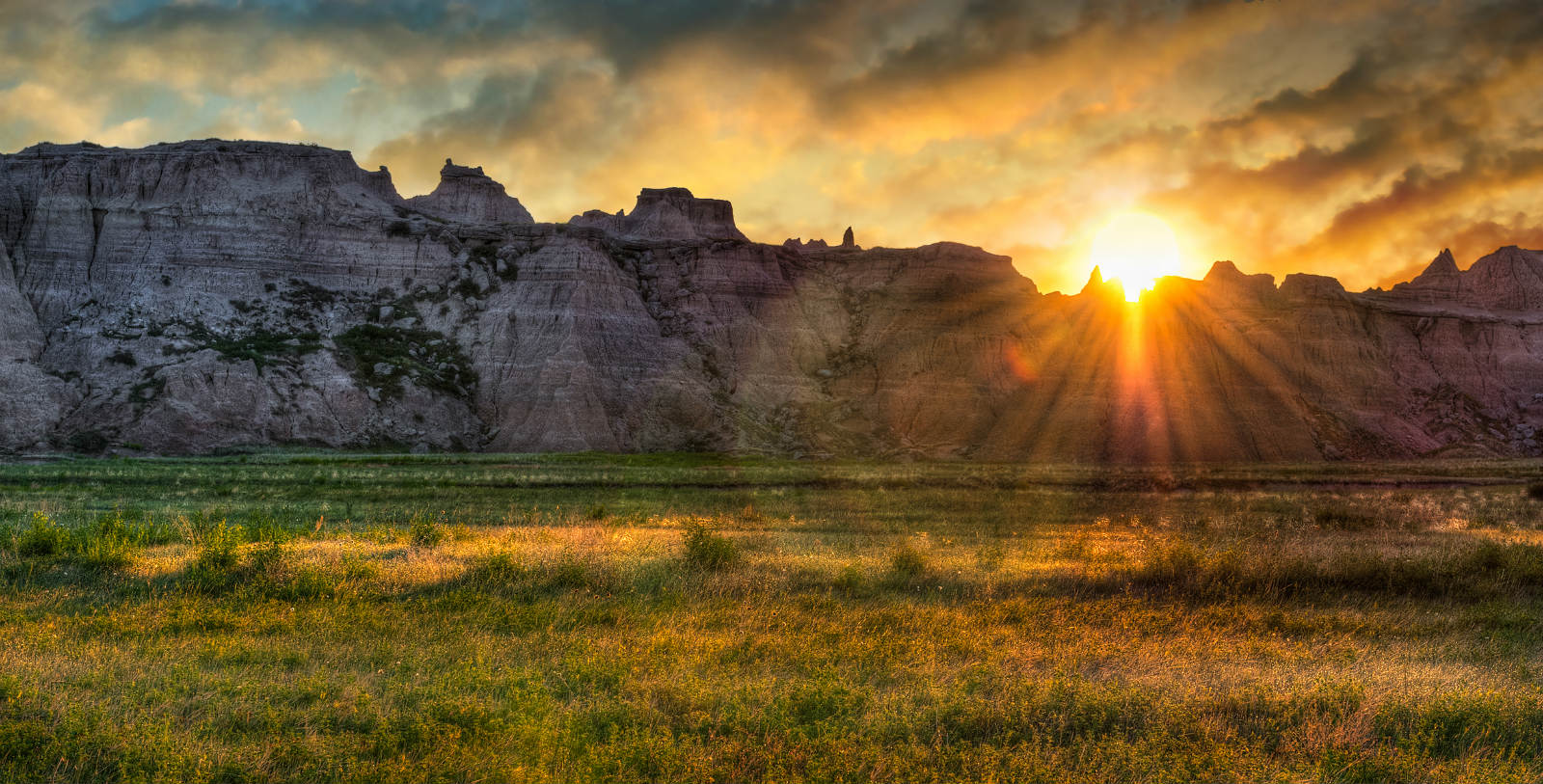 Even today, South Dakota has no trouble manifesting images of roaming herds of buffalo, Native Americans warriors, and lawless gunslingers. The state has come a long way since its wild frontier era in the 19th century, but visitors can still get a strong taste of what this place was like before the modern world infringed.

There are few cities in South Dakota, so nature takes the leading role. Iconic American monuments like Mount Rushmore, exotic geological landscapes of the Badlands, and wildlife-infested preservations such as Custer State Park provide more than enough outdoor recreation. Dinosaurs are still roaming the earth here in the form of fossils, while Deadwood is a living, breathing Wild West town.

South Dakota may feel a little short on luxury amenities, but it’s solid in the rustic western department. This is a place to get away from the bright city lights and return to your frontier roots. The people here are very welcoming and the accommodation modest but comfortable. Best of all, South Dakota is one of the most affordable travel destinations in the country. From hotels to dining, your dollar is really going to stretch.

South Dakota enjoys a typical four-season continental climate. Apart from winter, there is something pleasant in each season, so take the weather into account when planning a trip here. From December to February, expect daytime highs of under 30°F and night lows well below freezing. Summers are pleasantly warm, with daytime highs in the mid-80s (°F) between June and August. Late spring and early summer are nice times to visit as well - when the fields burst into life, and bison give birth to their calves.

Most of South Dakota’s attractions are located in the southwestern corner of the state, so this is where most travelers go. Within easy striking distance of each other are the cool towns of Sturgis and Deadwood, along with key attractions like Mount Rushmore, Custer State Park, the Badlands, and the Black Hills. Rapid City is the big town around here, while Sioux Falls holds down the eastern border of the state. In between is the Great Lakes region where the mighty Missouri River creates a vast, watery playground for boating, fishing, and other water recreation.

Without a car, you won’t see much of anything in South Dakota. Even the main cities don’t have much in the way of a public transportation network or taxi scene, so you can make good use of your rental car from the moment you arrive. Two interstate highways provide excellent access in all four directions, while the rural back roads are scenic. You’ll need that car to reach the parks, monuments, and towns of South Dakota. Luckily, getting there is a highlight in itself.

Click here for Things To Do in South Dakota