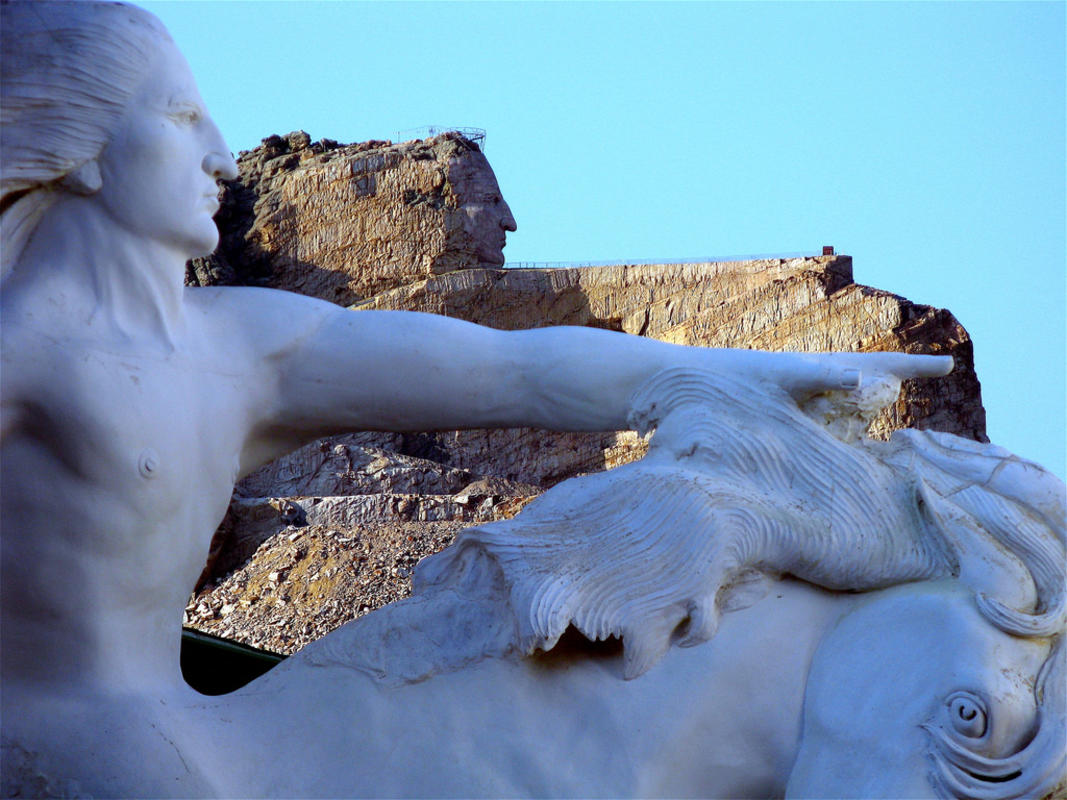 South Dakota has always endured a tense relationship between the Great Sioux Nation and American settlers. The discovery of gold in the Black Hills led to the creation of boom towns like Deadwood and years of vicious fighting between the Sioux and the settlers. Today, the state survives on agriculture, tourism, and a few small industries. Its national parks and outdoor recreation are major attractions.

Native Americans have lived in South Dakota for millennia but by the 19th century, the territory was primarily occupied by the Sioux tribe. When the United States government bought the Louisiana Purchase from France in 1803, it included the lands of South Dakota.

The Lewis and Clark Expedition was the first American crew to explore the area, leading to the establishment of an American fur trading outpost in 1817 at modern-day Fort Pierre. A small town still exists at the site. This fort marked the start of permanent American occupation of the region, which became known as the Dakota Territory in 1861.

The American government made a treaty with the Sioux in 1858 that gave American ownership over all of South Dakota. European and American settlers seeking land at cheap prices began to migrate to the area after this treaty. Sioux Falls (1856) and Yankton (1859) were the first two major towns to be founded. When an eastern railway link was completed to Yankton in 1873, the state really began to develop.

Gold was discovered in 1874 by General George Custer during one of his forays in the Black Hills. This led to South Dakota’s little gold rush that largely infringed on the lands given to the Lakota Sioux Indians in the 1858 treaty. The Sioux refused to allow miners in, resulting in a series of battles, including the Wounded Knee Massacre in 1890. During this boom era, mining towns like Deadwood became thriving outposts for miners, gunslingers, outlaws, and lawmen. Deadwood is today one of South Dakota’s most popular tourist destinations.

The early 20th century was a hard time for the state as drought and poor farming techniques led to a Dust Bowl period that decimated the agriculture sector. Recent years have seen the traditional farming industry diversify to include financial services, research centers, and tourism. The bounty of national parks and landmarks like Mount Rushmore lure millions of visitors annually, helping to keep the state economy afloat.

There is still a strong element of the Native American Sioux nation in South Dakota. The state has several Indian reservations and important archaeological sites, but American settlers dominate the political, social, and cultural scene. With less than a million people in the entire state, there are few cities of size and just a handful of rural towns. Agriculture is the main industry here and has a huge influence on the people and society.

All in all, South Dakota feels like most other Midwest farming states. Its people are unpretentious and welcoming. A bounty of outdoor recreation, natural sites, and public lands makes the state a popular destination for outdoorsy types. The iconic Mount Rushmore itself brings in millions of visitors each year. Its cities like Sioux Falls and Rapid City offer pleasant urban-light atmospheres with just enough amenities and cultural attractions to warrant a stopover of a couple of days.