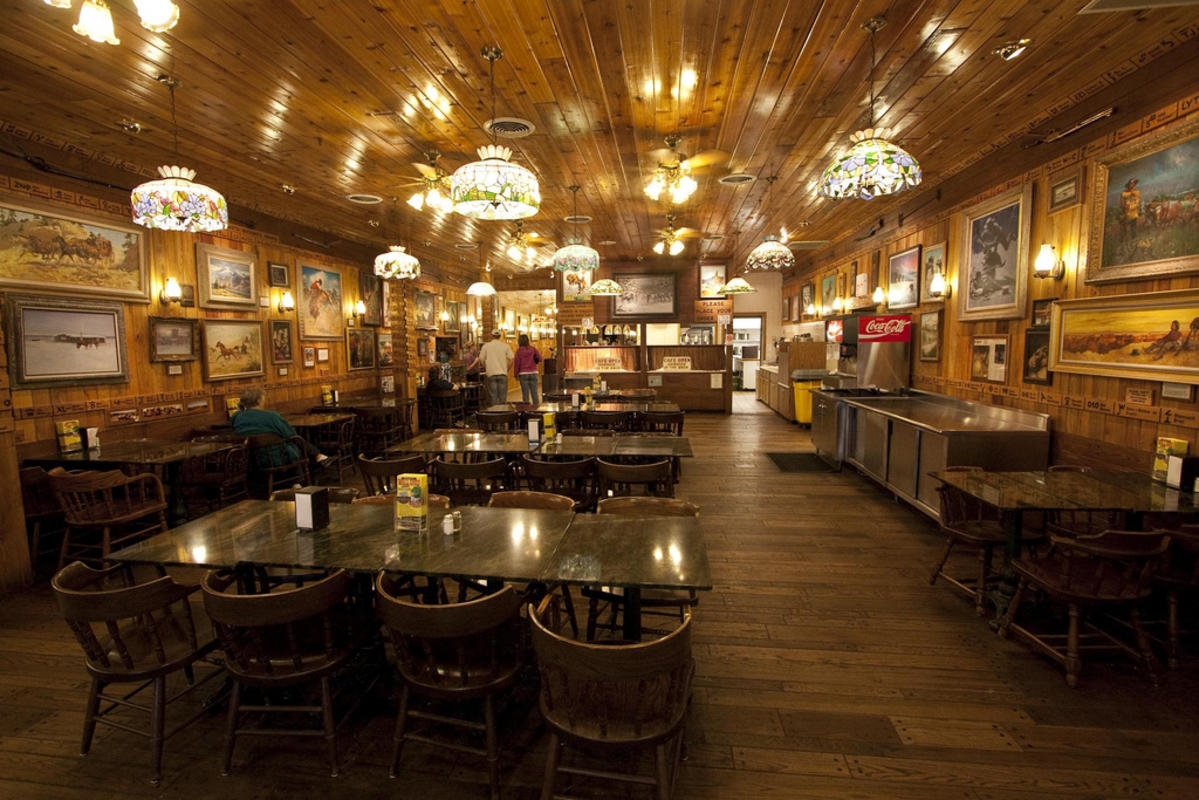 The cuisine in South Dakota reflects its cultural heritage. There are strong elements of Dutch, German, and Native American cooking in many of the local favorites, which tend to lean heavily toward hearty meat and potato meals. Only in the largest cities like Sioux Falls and Pierre will you find much ethnic dining. But the prices are fair and the servings are huge. Nightlife tends to be rather tame in South Dakota, so prepare to kick back and relax.

Bars and Pubbing in South Dakota

Most of the bars in South Dakota have a western flavor to them, while many even lean toward rowdy roadhouses and biker bars. Live music is common in the bigger towns, and whiskey outsells martini by a mile. You can often find a pool table or two, a dart board, and maybe even a juke box. The crowds tend to be overwhelmingly local, as few tourists venture to South Dakota. But if you prefer drinking in a proper bar as opposed to a nightclub, you’ll do just fine. Most bars in South Dakota close at around 2:00 a.m.

In Sioux City, the most popular bars are the well-established ones downtown, such as Skelly’s Pub and Grill (130 S. Phillips Ave, Sioux Falls) and the Borrowed Bucks Roadhouse (3609 S. Western Ave, Sioux Falls). Deadwood is another fun town for drinking, and gambling, thanks to its legalized casinos. Head to Main Street and take your pick from Old Style Saloon #10 (657 Main Street, Deadwood) to the Buffalo Bodega Complex (658 Main Street, Deadwood). All of the casinos in Deadwood have bars as well. In Rapid City, you can find one of the state’s few craft breweries at the slick Firehouse Brewing Company (610 Main Street, Rapid City).

Dining and Cuisine in South Dakota

South Dakota is a good place to try a buffalo burger or venison steak. This is the wild western frontier, so most folks eat meat, preferably hunted locally, and potatoes. Sioux Falls is the best city in the state for ethnic restaurants thanks to the recent influx of new immigrants. Of course, American chain restaurants like Olive Garden and fast food joints are ubiquitous. For a special dinner, try Minerva’s (301 S. Phillips Ave, Sioux Falls) for steaks or Spezia (1716 S. Western Ave, Sioux Falls) for solid Italian fare. Johnny Carino’s (2310 S. Louise Ave, Sioux Falls) is another perennial local favorite for homemade Italian food.

Deadwood is also loaded with places to eat, most of them with a distinctive western atmosphere and predictable American menu. All of the casinos along Main Street have similar eateries, while stand-alone restaurants worth trying include Bully’s (649 Main Street, Deadwood) and The Deadwood Grille (100 Pine Crest Lane, Deadwood). Rapid City is another hub of dining in South Dakota. Try The Corn Exchange Restaurant & Bistro (727 Main Street, Rapid City) for a top-end evening meal.

Click here for Shopping and Leisure in South Dakota