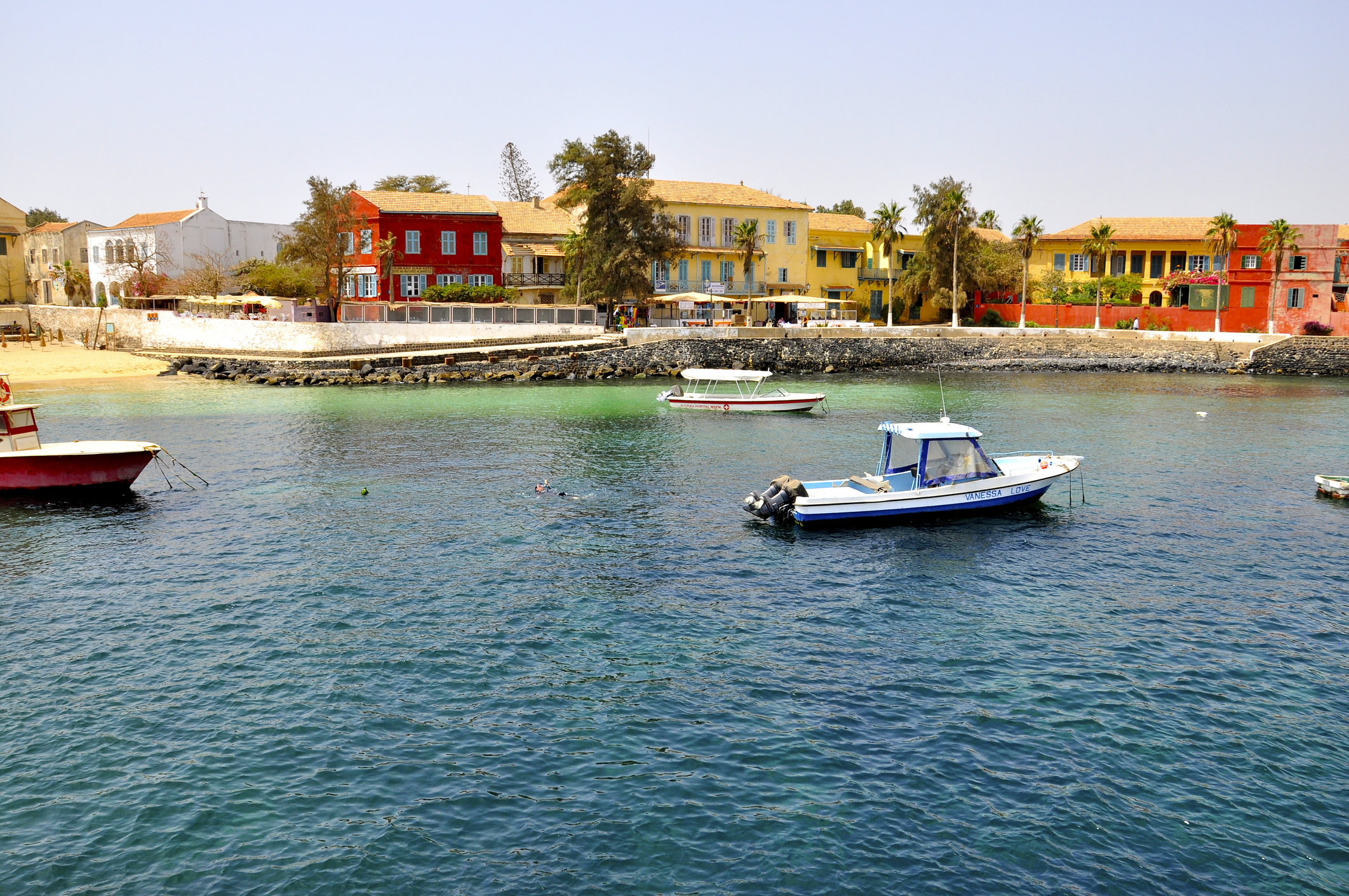 No other African nation lies further west than Senegal, whose Gorée Island off the coast of its ocean-side capital, Dakar, was the last sight several slaves glimpsed of their homeland before they were loaded onto slave ships bound for destinations across the New World. Today, many of the descendants of those slaves have returned to Senegal in search of their roots. However, visitors do not need to be of African descent to be moved by Gorée Island’s House of Slaves or to enjoy Senegal’s famous ‘teranga’ hospitality culture.

At least 75 percent of Senegal’s population lives in its capital, Dakar, the African continent’s westernmost city. Dakar is a bustling port city filled with lively markets, interesting museums, and one of Africa’s strongest music scenes. Senegal’s original capital, however, is St Louis, located 161 miles north of Dakar. As West Africa’s oldest European-created city, St Louis still contains several remnants of its French colonial past, especially the elegant balconies in front of its brightly colored buildings. Less than 50 miles south of Dakar lies La Petite Côte, a stunning strip of Atlantic Ocean coastline whose luxurious beach resorts are a fraction of what similar accommodations would cost in the Mediterranean Sea or Caribbean.

However, visitors yearning for a true taste of Senegal should take a traditional pirogue boat tour past picturesque villages along the Casamance River or an unforgettable safari through Niokolo-Koba or Saloum Delta national parks. Niokolo-Koba’s most stunning landmark is the 360 foot high Dindefelo Falls, while Saloum Delta contains Djoudj National Bird Sanctuary, one of Senegal’s many bird watching havens, and the Fathala Game Reserve, where visitors can observe Senegal’s exotic wildlife from the safety of their own vehicles. One of the world’s most unusual bodies of water is the bright pink Lake Retba, where visitors can easily float thanks to its almost 40 percent salt content.

The number of hotel rooms in Senegal may have increased dramatically in recent years, but advance reservations during the country’s December to May dry season, Senegal’s peak tourism season, are still highly recommended. Dakar still contains the lion’s share of Senegal’s best quality hotels, but luxury resorts have also popped up along the Petite Côte’s Saly-Portugal beach strip and the Casamance. Despite their name, Senegal’s ‘campements’ are not campgrounds, but rural guesthouses similar to Western-style bed and breakfast establishments. Hotel guests should bring flashlights as Senegal’s electricity is frequently cut off after dark, and visitors should bring their own bedding if invited to spend a night at a local hut.

Senegal’s climate is divided into three distinct sections: The northern Sahel region’s semi-arid landscape, which experiences low rainfall and dramatic temperature variations - Sahel temperatures can reach up to 104°F during the day, but plunge down to 57°F at night. Southern Senegal is even hotter and more humid than the rest of the country, with heavy rainfall and average temperatures of 86°F throughout the year. Most coastal rain falls between July and August, however, all of Senegal experiences the same hot tropical temperatures all year long. Senegal’s two main seasons are its December to April dry season, which brings almost constant sunshine alongside hot and dry winds called harmattan.

Dakar’s Léopold Sédar Senghor International Airport is the main gateway to Senegal for most foreign visitors, but some also enter the country by boat from Europe, South America, the Canary Islands, or other African ports. Ferry crossings across the Gambia River are part of the Trans-Gambian Highway. Rosso is the most dependable border crossing for motorists driving to Senegal from Mauritania, where roads are tarred and in better quality than the roads between Senegal and Guinea-Bissau, which are still untarred. São Domingo is the main border crossing between Senegal and Guinea-Bissau. There may no longer be a passenger rail service connecting Senegal to Mali, but adventurous motorists can still drive between the two countries across a 2,120 mile long Sahara Desert road.

It takes special courage to drive in Senegal, from Dakar’s chaotic traffic-filled streets to the many poorly maintained or downright inaccessible roads in the country’s rural regions. Fortunately, visitors can also reach rural Senegal from the safety of a bush taxi or use one of Dakar’s many types of taxis to travel across Senegal’s capital. Dakar Demm Dikk is the capital’s main bus network. Mini-buses called cars rapides are Senegal’s most popular transportation means across communities, but ferries also frequently depart Dakar for Ziguinchor and Banjul. The 761 mile railroad connecting Senegal with Bamako, Mali recently went bankrupt.