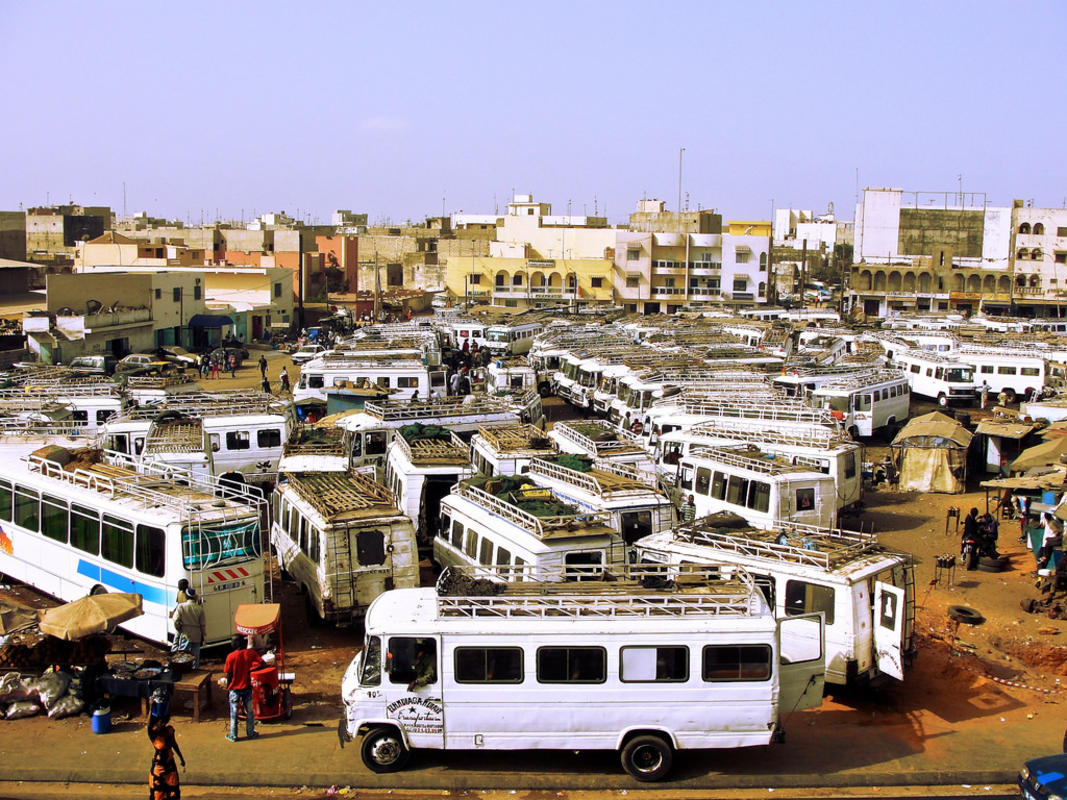 There are many different types of taxis in Dakar known as taxi-clando, taxi-brousse, and cars rapides. The most popular public transportation among locals are station wagons known as ‘sept places’ because up to seven people can be packed into the vehicles at once. Taxi Dakar (+221 33 823 4838) and Allo Taxi (+221 33 827 2737) are the most likely companies to offer Western-style taxi service in Senegal’s capital. All taxi fees must be negotiated and bargained beforehand as drivers often charge outrageous fees to foreigners. Taxi fares are metered and increase after midnight. Many visitors find hailing taxis from streets to be cheaper than contacting taxis from their hotels. Bush taxis are popular ways to travel into Senegal’s rural interior.

Car rental in Senegal is not for the faint of heart. Even Dakar has few street signs and locals rarely obey speed limits. Stop signs and one-way street markings are virtually non-existent. Driving in Dakar has improved slightly since the opening of a new toll way allowing motorists to drive around the suburb of Rufisque, which experiences some of Dakar’s worst traffic jams. Driving in rural Senegal has its own risks, especially rough roads which become downright impossible to drive during Senegal’s rainy season. Police checkpoints enforce speed limits to drivers entering and exiting many villages.

Dakar is the only Senegalese city with a substantial inner-city bus system, called Dakar Demm Dikk. Although visitors must decipher the Dakar Demm Dikk schedule without the help of maps, service is fairly reliable and fares are fixed.