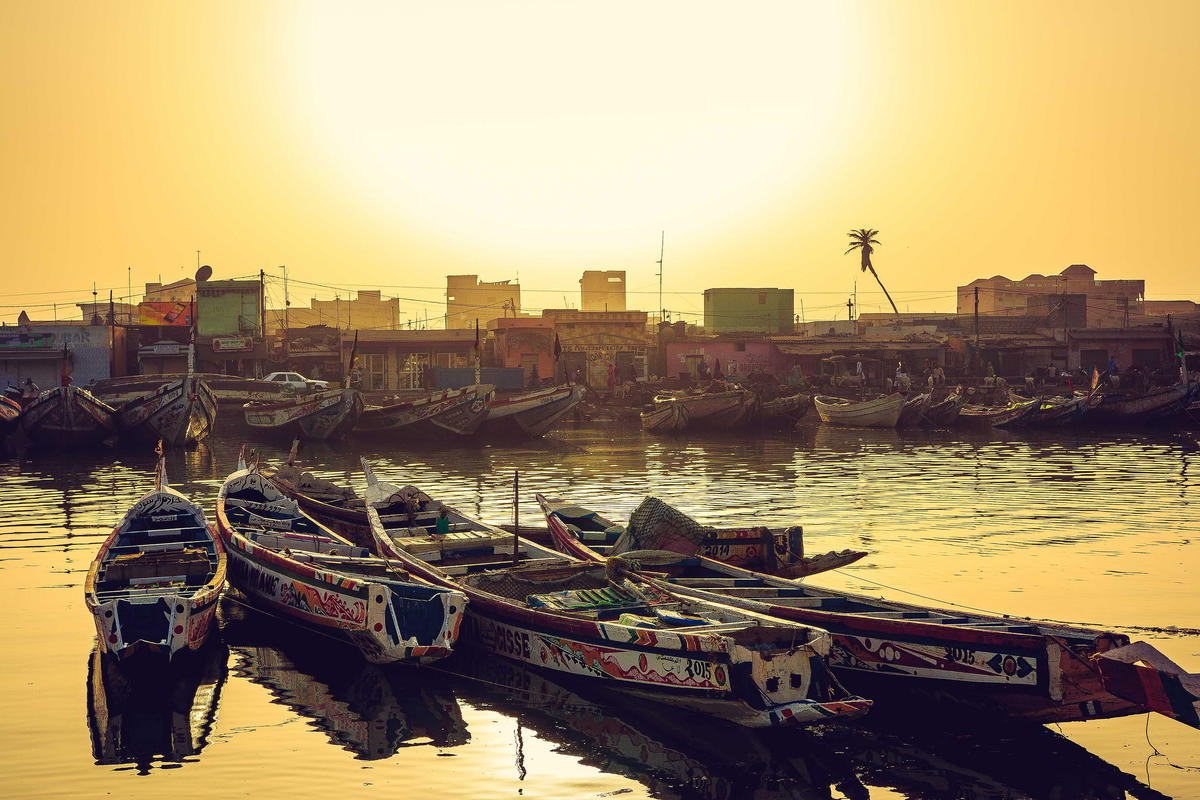 Hospitality is such an important part of Senegalese culture, even the national soccer team is named the Lions of Teranga after the Wolof term for hospitality. The Senegalese always welcome visitors with outstretched hands, invite them to their homes, and can spend hours talking about their family, culture, and Muslim religion. All of Senegal’s many ethnic groups believe in the same concept of teranga.

Little is known about Senegal’s earliest civilizations, who settled around the country’s namesake river over 350,000 years ago. The few surviving landmarks from these first civilizations, the Stone Circles of Senegambia found in present-day Senegal and neighboring Gambia, date back to about 3 B. C. Other artifacts from these early cultures are exhibited at the Institut Fondamental d’Afrique Noire (Place de Soweto Centre, Dakar) museum.

Senegal first became a Muslim country during the 11th century, when Almoravids from the north first converted the Tekrur Kingdom, which had ruled most of Senegal since the 9th century, then the rest of the nation. Senegal became part of the Mal Empire in 1235, and the smaller Wolof Empire began as a Wolof Empire tributary state before receiving full independence in 1360.

At the same time the Wolof were battling with other empires, the Europeans were battling among themselves for control of Gorée Island and the mainland. Shortly after the Dutch took the territory from the Portuguese in 1588, the French established the city of St Louis. The whole of present-day Senegal became French territory in 1677 after the French defeated the Dutch on Gorée Island during the Franco-Dutch War.

In 1807, slavery was abolished in Senegal after the territory fell under British rule during the Napoleonic War. The French upheld the slavery ban after regaining control of Senegal, and sought control of the territory’s interior following the end of the slave trade. The French first conquered the Waalo Kingdom, with whom they had a treaty for several years, in 1885, then did the same to the Toucouleur Empire in 1857, but not without a fight. Another group from Mauritania, the Trarza, were promised protection from attacks as long as they did not advance south of the Senegal River.

In 1959, Senegal first became independent from France as part of the Mali Federation, then became a separate independent state the following year. Senegal and Gambia briefly united as a country called Senegambia in 1982, but this union was very short-lived. Sengal has become one of Africa’s most peaceful and stable nations apart from battles with southern Casamance separatists, which ended with a 2004 treaty.

Perhaps one of the reasons why Senegal has escaped many of the conflicts of other African nations is Senegal’s strong hospitality culture, known as teranga. All of Senegal’s dominant ethnic groups share the same Muslim religion and teranga culture, which not only welcomes visitors with open arms, but often invites them to share meals or even spend a night at local homes. In return, visitors should always shake hands, offer gifts which will help the community, and learn a few French or Wolof words.

All Senegalese people also share a love of music, an important part of all gatherings and storytelling sessions by local griots. Senegalese music is played with stringed instruments called kora and xalem accompanied by djembe, tabala, tama, sabar, and other traditional drums. The balafon, a wooden instrument similar to a xylophone, is hit with mallets to play its melodic music. One of Senegal’s most famous musicians, Youssou N’Dour, was recently named the nation’s new minister of culture and tourism.