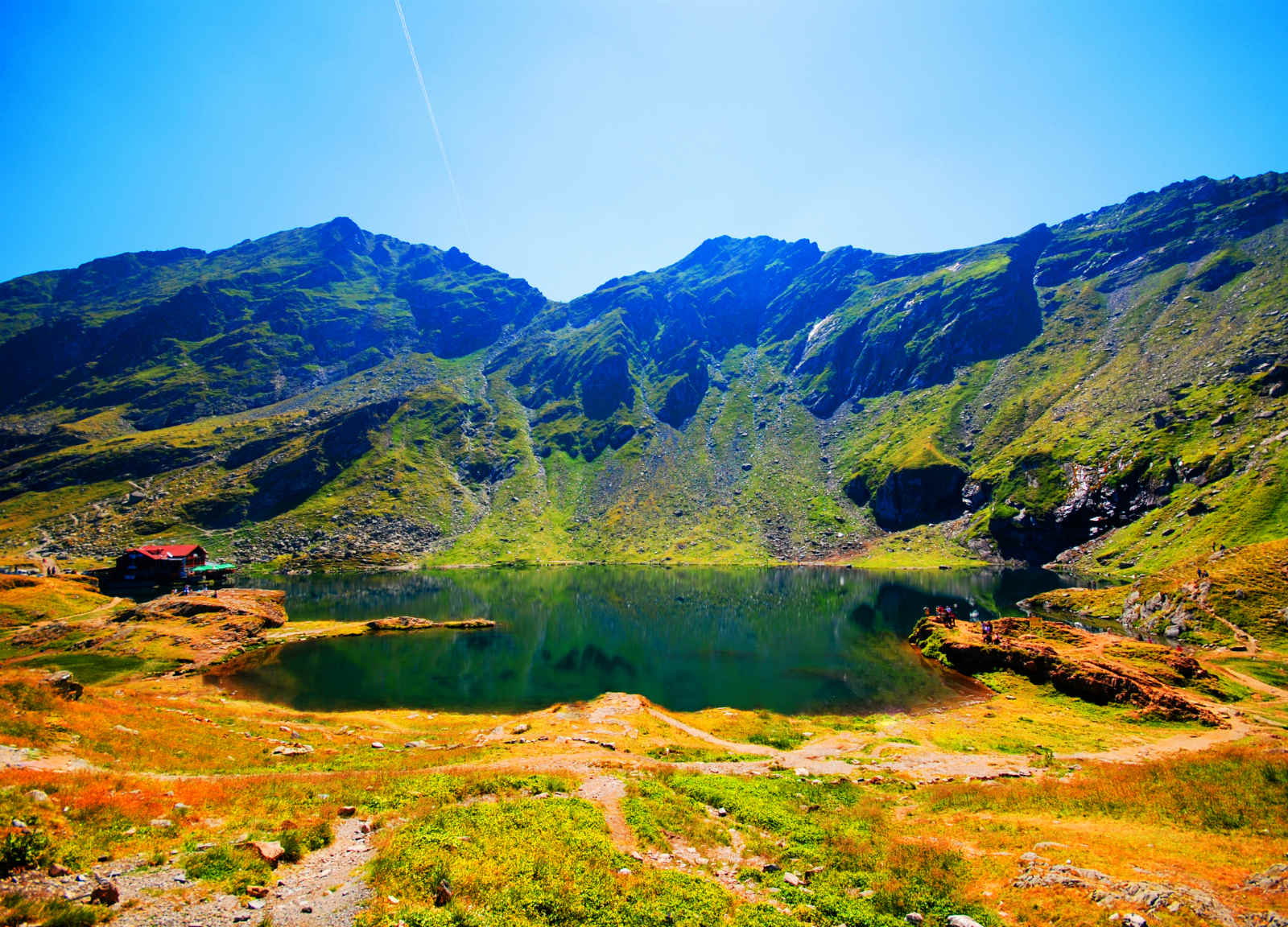 Famous for the mysterious province of Transylvania and its notorious vampire Dracula, Romania is an eclectic mix of gloomy forests, brightly-lit modern cities and a plethora of medieval castles, remote monasteries and ancient towns. Vast riches and comparative poverty exist side by side, forbidding, snow-covered peaks dominate the majority of its dramatic landscapes and its Black Sea coastline is a hub for luxury resorts. In other words, if you’re looking for a country of staggering contrasts, Romania is your destination.

Whatever your vacation style, Romania has it, from summer beachside lazing and pampering through an exploratory trail taking in the country’s chequered history to activity holidays in its breathtaking interior. Romania’s strong cultural heritage is unique in Europe and its list of UNESCO World Heritage sites includes Saxon villages, magnificent Orthodox churches and grand palaces. The contrast between the capital, Bucharest, and the outlying, rural, villages in remote areas couldn’t be more definitive, and the small Roma population still holds many who take to the roads in summer, searching for seasonal work in their traditional nomadic style.

The tradition of hospitality here is still strong, with overseas visitors welcomed as friends now that the country’s stifling Communist era is just a bitter memory. A recent arrival on the tourist trail, Romania has an urban infrastructure that has risen to the challenge, with the major cities and coastal resorts offering stylish hotels with all the usual facilities. Even so, it’s easy to get away from it all in Romania, as 90 percent of its extensive land mass is still rural. In general, value for money comes as standard here, although car hire from international companies is comparatively expensive.

Romania is a large country, with considerable distances between points of interest and major cities. Its topographical diversity embraces rolling, forested hills, stark, snow-covered peaks, the precious wetlands of the Danube Delta and vast plains inhabited by farming peoples still living a medieval lifestyle. The time to visit is now, before the country’s drive to modernize strips away its charms and replaces them with yet more eurocentric control and commercialized tourist attractions.

Romania’s climate has four distinct seasons and is transitional between continental and temperate, dependent on location and due to its distance from the ocean and southeastern central position within the European mainland. Overall, spring is cool at night and in the early morning, with pleasant, warm, days, and summer ranges from warm to very hot. Fall is cool with little rain and winter is often very cold, especially at altitude. Precipitation varies with location, with the high peaks getting the most, falling as snow in winter, and the Danube Delta area the driest.

Travel options in Romania range between the good, the bad and the seriously uncomfortable. Its rail network is comprehensive, covering every city, sizable town and many rural villages. Bus services are another story, although it’s the cheapest way to travel, with long-distance buses the most acceptable and modern. Local buses are uncomfortable, slow and often more than an hour late, and minibuses, used on shorter journeys, are crowded, with 25 passengers in a 14-seater the norm. National roads are generally in good condition, but local roads leave a lot to be desired, including tarmac in many instances.