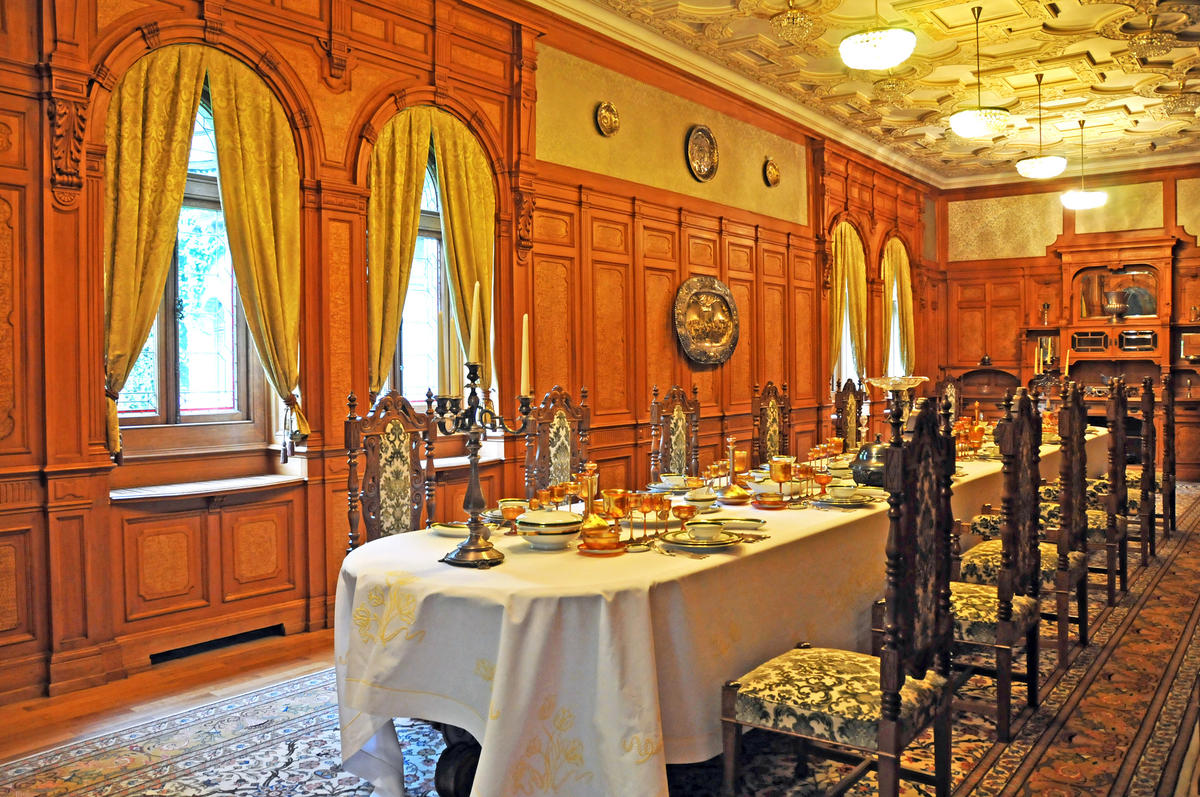 Bucharest is a buzzing hub for restaurants, bars, clubs and nightlife as well as a lively student base enjoying nightly fun and games in the city’s traditional open-air bars. From classy, full-service, eateries in city center converted mansions to local bistro-style, family-run cafes in the back streets, the meat-rich cuisine of the country is available at all price levels. International foods are found in the capital and the Black Sea resorts, and fast food outlets owe more to street food than to US-style burger joints.

Bars and Pubbing in Romania

Nightlife in Romania offers something for everyone, with a great selection of trendy bars, Irish pubs, lounge bars, jazz clubs and buzzing nightclubs. In Budapest, the main drag for the hottest watering holes and dance clubs is found in the newly-updated Lipscani district, with more spilling into the Old Town. Chic, modernist/minimalist, Ateleir Mecanic (Str Covaci 12, Bucharest), is a good place to start for its well-priced selection of beers and wine by the glass. For connoisseurs of world beers, Beer O’Clock (Pasajul Vilacorsse, Buchareast) is a must for its huge selection of national and international bottled beers.

Intrigue and iniquity was the hallmark during the Communist era of the Intermezzo Piano Bar (Intercontinental Hotel, Bucharest). Formerly the haunt of foreign journalists and spies, it’s now a cool setting for a cocktail or two. Another lounge-style watering hole, set in the Old Town, is Laboratorul de Cocktailuri (Str Stavropoleos 8, Bucharest), with its bar decked out like a vintage pharmacy and your chosen cocktail served in a conical flask. The Shakespeare Pub (Str Blanari, Bucharest), is studenty by day and sophisticated and smart by night, and the obligatory Irish pub, the Dubliner (B-dul N, Titulascu, Bucharest), was the first in the city and still an expat favorite for its Guinness and pub grub.

The Romanian club scene on Bucharest is dynamic and ranges from mega-venues with visiting international DJs to laid-back local live music venues. TheBarletto Club (Str Oltetului 30, Bucharest) is exclusive, expensive and has the sexiest dancers as well as the best DJs and, for grown-ups, Bound Club and Bar (Str Smarden, Bucharest Old Town) has smooth sounds and a non-rowdy reputation. Club A (Str Blanari 14, Budapest) is unpretentious and up for a laugh, with live music on weekends and events on weeknights. For jazz aficionados, it doesn’t get better than the Art Jazz Club (Calea Victoriei 52, Bucharest) with live music most nights and cheap drinks.

Dining and Cuisine in Romania

Whatever your taste in food, dining out in Bucharest costs less than in most European capitals. and eating out in the rest of the country is cheaper still. Romanians love their food, with traditional recipes high on menus here.

For top-of-the-range Romanian cuisine in a decidedly upscale, historic, location, Casa Doina (Sos Kiseleff 4, Bucharest) is the place to head for, and its lovely fountain-ornamented courtyard the place to sit. Balthazar (Str Dumbrava Rosie, Bucharest) is another upscale delight in a historic setting, serving Thai/French fusion food with an emphasis on seafood and filet mignon.

For informal eating in Romania, Grand Café Galleron (Str Golescu, Bucharest) is a stylish, centrally-located spot with cosy nooks and an outdoor patio for all-day breakfasts, ice cream and sandwiches. Snack Attack (Str Ion Campineau, Bucharest) is great for salads and sandwiches as well as tortillas, and is one of a small chain of eateries scattered around the city. If you’re in the vicinity of Brasov, a visit to Bistro de l’Arte (Piata Enescu, Brasov) won’t disappoint. Set in a 15th century house, it’s the place for lively dinners amongst local people or wine session accompanied by a mix of French and local cuisine.