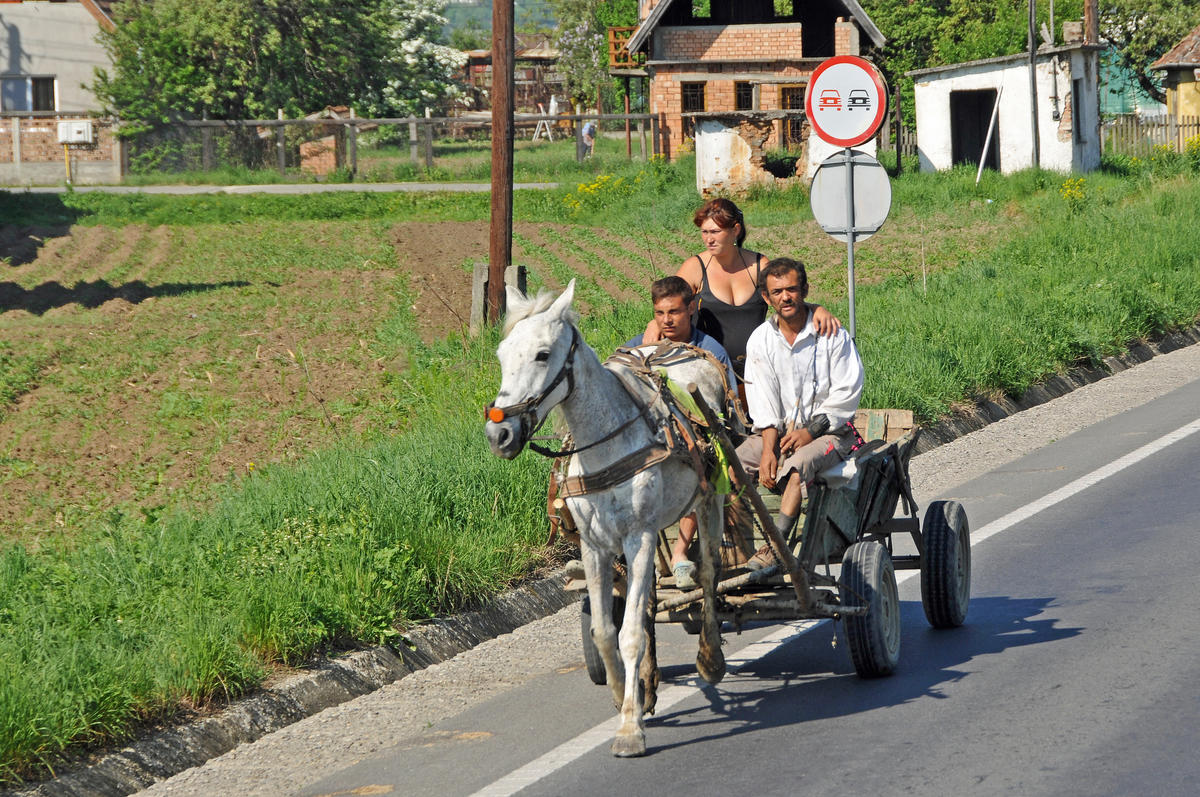 Taxis are a popular means of transport around Romanian cities as fares are very cheap. As a result, although Bucharest has more than 10,000 cabs, it can be almost impossible to find one during rush hour. An infamous exception is the company which provides taxi travel from the airport at very high rates, with arriving travelers advised to take the bus, call a cab or walk to the departures zone and pick up a cab after it’s dropped off its passenger.

All taxis must be registered, but the various scams associated with taxi travel are widespread. Ordering a cab by phone when you need to travel is the best option to avoid being ripped off. Cobalcescu (+40-21-021-9452) and Cris Taxi (+40-21-021-9461) have English-speaking operators. Self-drive in Romania is a favorite means of getting around for the majority of visitors and, although car rental is on the expensive side, it’s good value for money if you’re traveling as a group. City roads are overcrowded, and rural roads serve as highways for cows, sheep and wildlife as well as cars and trucks.

Water taxis along the Danube are a popular means of transport on Bucharest as well as in the Danube Delta. Bucharest water taxis run from the north through downtown with its restaurants and entertainment hubs to the south of the city, and are operated by a number of boat companies. There are seven water taxi routes running through the Danube Delta, linking villages and towns as well as sites of natural beauty.

Romania’s CFR rail system is extensive, with its fast trains mainly comfortable and usually safe, although on overnight journeys it’s best to sleep on your luggage. Intercity trains are usually newish, with adequate facilities, although in remoter areas they may be remnants of the Soviet era. Trains linking major cities run on time, but regional trains operated by private companies are likely to be old and uncomfortable, with little in the way of facilities, They’re also very slow, stopping at every station along the route.

Buses are the cheapest and least recommended way to travel long-distance or between towns. Most Romanian roads outside the main intercity routes and city suburbs show badly-maintained conditions often matched by the buses themselves. Minibuses are very uncomfortable and usually crowded, and all bus companies regard schedules as mere suggestions as to when to leave or arrive. Air-conditioning is a rarity, as are in-bus toilets. However, in the few areas where there is no rail service, travel by bus is the only option, and Transylvania’s buses are a cut above the rest.