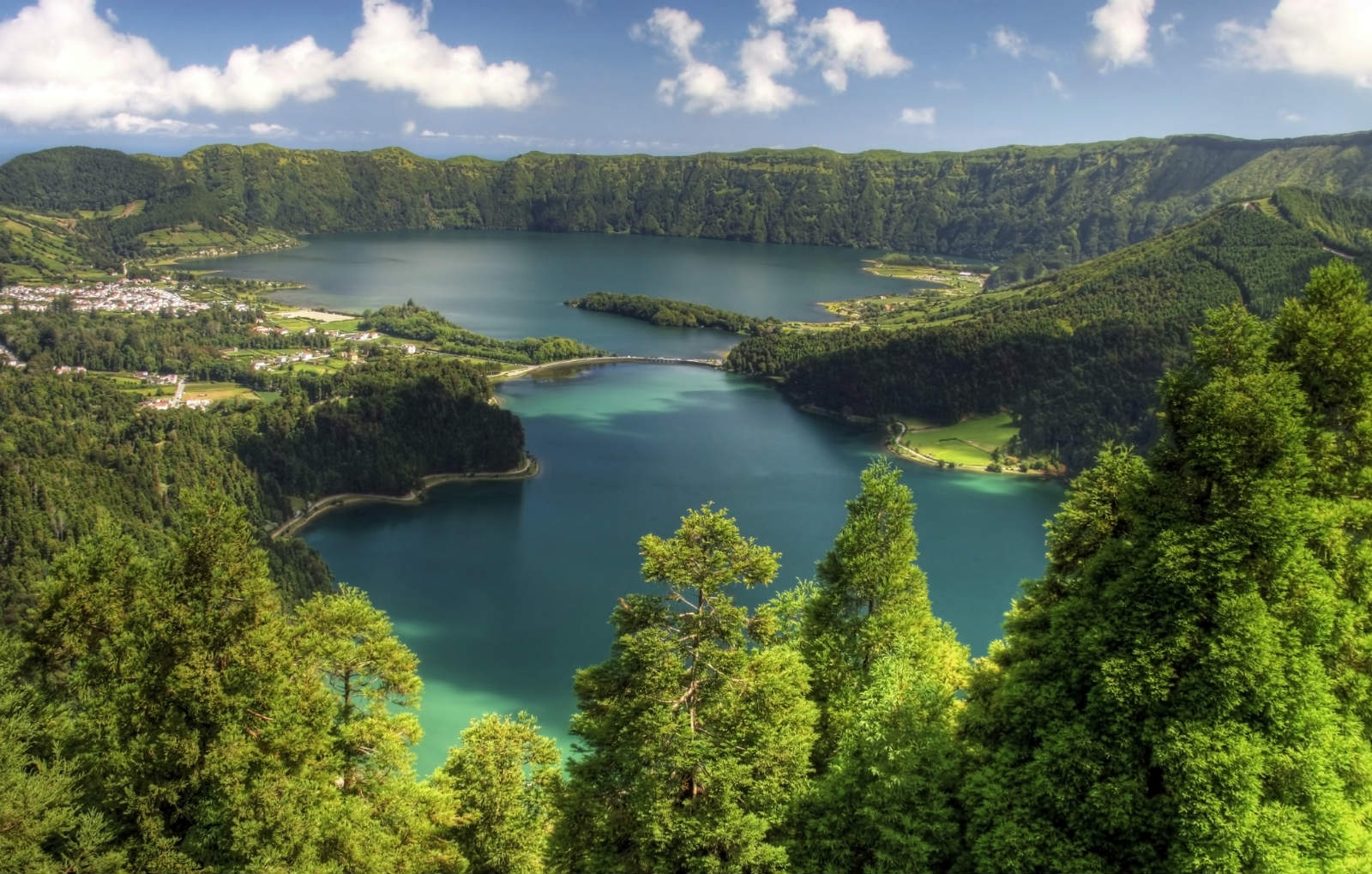 Europe’s farthest outpost, the volcanic Azores archipelago languishes in the heart of the Atlantic around 930 miles from the coast of Portugal. The Azores gained autonomy from Portuguese in 1976 and since then travelers have flocked to the islands to enjoy the laid-back lifestyle and stunning scenery.

The nine main islands of Azores include Corvo, Pico, Sao Jorge, Sao Miguel, and Terceira. The capital, Ponta Delgada, on Sao Miguel is the largest city and houses the main airport, but it is easy to visit other Azores hotspots from here. One of the biggest draws is the lack of development and natural attractions, such as Sete Cidades and San Miguel lakes, the craters of Corvo, Graciosa and Sao Miguel, and the exquisite thermal springs found around the landscape.

While the Azores are home to extensive coastlines, beaches are not commonplace in the archipelago, with the exception of a few on the south coast of Santa Maria. Instead, many visitors choose to take advantage of the various marine activities, especially whale watching. Most port towns offer daily excursions into the Atlantic to view these fascinating creatures in their natural habitat. All the islands boast excellent walking tours through the bucolic landscape, the most challenging being the trek to the summit of Pico Mountain. For a gentle jaunt, however, check out the coast of Flores and crater walks on Faial.

There is a reasonable and varied supply of hotels spread across the Azores catering to the tastes of the wealth of tourists, particularly those who enjoy winding the clock back to a slow-paced world and meandering around the charming, historical towns, specifically in Sao Miguel. There are currently no five-star hotels to be found, but most of the accommodation is set in traditional villas and offers friendly and hospitable services. Although the archipelago is not particularly renowned for its culinary delights, alcatra (beef casserole) and various locally-caught seafood dishes found on many menus throughout the islands are not to be missed.

The best way to travel between the Azores is by propeller plane, with even the smaller islands housing an airport. Fares are reasonably priced, although not as cheap as a boat. Daily ferry services run between the major islands and regularly to most others, although routes tend to be irregular in the low-season. On the Azores, car rental is the best way to get around, with numerous local companies offering vehicles. Bus routes are also present and are inexpensive, but services tend to be infrequent.

Click here to learn about Things to Do in Azores