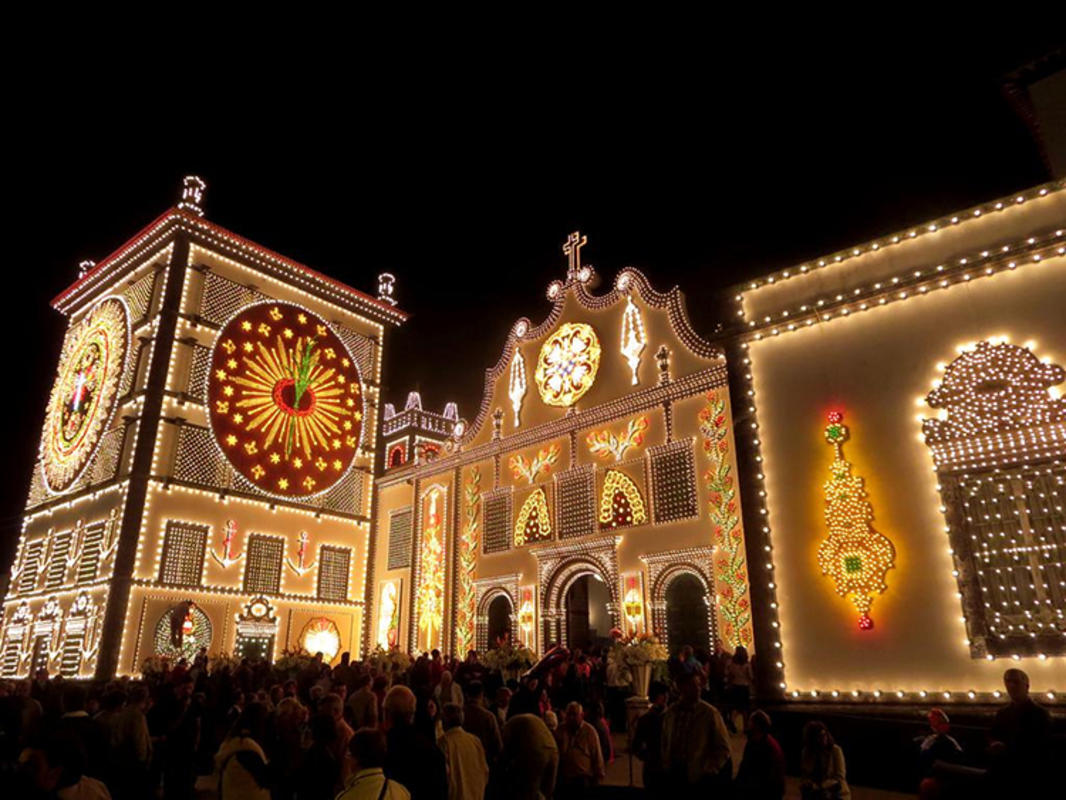 Due to the strong Catholic beliefs of the peaceful islands’ population, almost all Azores holidays and celebrations held in the archipelago are rooted in religion. However, many are still thoroughly enjoyable and light-hearted, such as the festival of the Christ Lord of Miracles. A few are also held to celebrate Azores’ rich heritage, including Whalers Week.

Held on the fifth Sunday after Easter in the town of Ponta Delgada, this long-running celebration is the largest event in the Azores. In addition to other islanders, many emigrants flock to Sao Miguel to rejoice in the flower-lined streets of the city. The religious ceremony is held in the afternoon and preceded and followed by jovial festivities, including street parties and parades.

Celebrated in Vila France on the Sunday after May 8, this event sees locals, especially artisans, pay respect to their patron saint Michael. The processions have been held since the Middle Ages and participants don different colored clothing to reflect their profession.

This vivid Azores spectacle is held on St Peter’s Day, June 29, in Sao Miguel’s Ribeira Grande and Ribeira Seca. A procession is led through the street by patrons selected to be headmen, knights, stewards, and trumpeters. On the morning of the celebration, they ride on horse-back through the city, adorned in white and red capes replicating the ceremonies of religious past. The procession culminates at the church of Sao Pedro, where the selected headman greets Saint Peter with a traditional verse.

Celebrated in Lajes on the island of Pico, Whalers Week, also known as the Festival of Our Lady of Lourdes, begins on the last Sunday of August. The week-long event is marked by a number of cultural and social events which remember the Azores rich tradition.

The Azores feasts take place on Pentecostal Sunday, seven weeks after Easter, and in Terceira they go on every Sunday until the end of summer. The most elaborate melas are thrown at the start and end of the festival period, with specialties including clay pot-cooked roast beef, massa sovada (sweet loaf), and vinho de cheiro (local wine). Although the events differ slightly from island to island, they all retain the same key elements, such as the great crowning and the distribution of imperial soup.