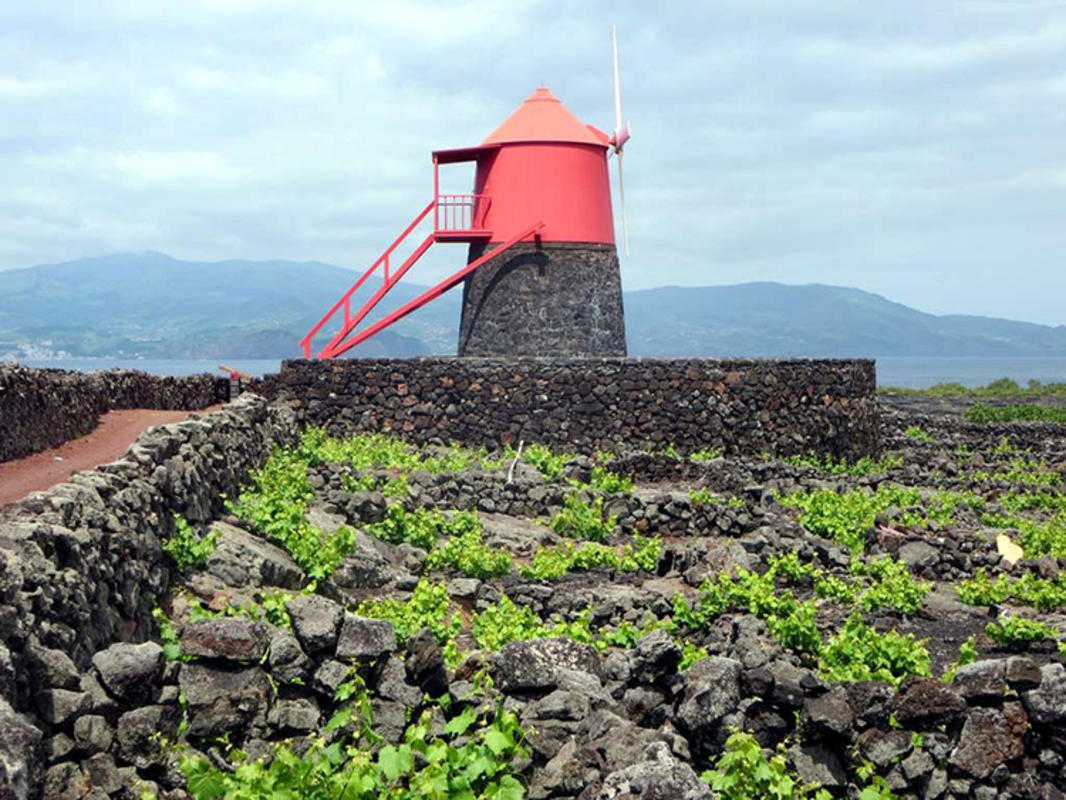 Far away from the Portuguese coastline, the hidden Atlantic archipelago of Azores is brimming with natural attractions and a thriving culture, incorporating breathtaking scenery and UNESCO World Heritage sites which can be explored by boat, jeep, or on foot. The rural landscape is scattered with shimmering lakes, hot springs, and beautiful, clandestine beaches, ideal for a vacation full of both therapeutic relaxation and exhilarating activity.

One of the archipelago’s top attractions, the central portion of the UNESCO World Heritage site of Angra do Heroismo is a must-see destination. It is packed with points of interest, ranging from Fortaleza do Monte Brasil, a 16th century historic fortress, to the Palacio Bettencourt, an architectural treat constructed in the 1800’s. Other notable sites include the Palace of the Captains General and the Old Square. The city itself dates back to 1450 and has been protected since 1983. It was the first inhabited area on the Azores and the commercial port played a significant role in Portugal’s expansions in the 15th century. Address: Terceira Island Phone: n/a Website n/a

Another destination tagged by UNESCO, Flores is recognized as a biosphere reserve thanks to its unparalleled beauty. Named after its impressive array of flowers, this Azores paradise can be easily explored on foot or bicycle. One of the island’s major attractions is the seven extinct craters which are now home to spectacular lakes. The views from Rocha dos Bordoes and Faja Grande are amazing, while the bounty of waterfalls, particularly the 300 meter Ribeira Grande, can’t be missed. Flores is also one of the top destinations for cuisine in the archipelago, serving up local cheese, butter, and a wide variety of delicious fish dishes. Cultural sites include a former whale factory in Boqueirao and Ponta do Albernaz lighthouse. Address: Flores Island Phone: n/a Website: n/a

This spectacular 987 hectare area located on the volcanic island of Pico is yet another UNESCO World Heritage site. It is comprised of an unusual pattern of linear walls running inland from the coast. These walls were constructed in the 1600’s when the island’s first winemakers arrived, forming a community which left some brilliant architecture. Ports, churches, and grand manor houses still stand as a reminder of this once-thriving community. Address: Pico Island Phone: n/a Website: n/a

Corvo municipality covers the entirety of the island of the same name and has a rich history of fishing, agriculture, and piracy. The area is one of the Azores most scenic spots, with a lush landscape broken up by impressive architecture including 19th century windmills, churches, and the lighthouse of Ponta Negra. In the late 16th century, the island was subjected to piracy and privateering, and disputes turned into a full blown war between the locals and the Ottoman bandits, of which the brave Corvese won. The area later became a popular whaling destination for Americans and Europeans. These days, the population is extremely low and the aura of isolation and lush countryside are the island’s biggest draw. Address: Corvo Island Phone: n/a Website: n/a

Located on the island of Sao Miguel in Ponta Delgada, this interesting museum covers the natural ethnographic history of the Azores. Set in a former convent and surrounded by bucolic gardens, the exhibits include local sculptures, art, and pottery. The first collections were provided by Carlos Machado, a local professor who was inspired by the publication of Darwin’s Theory of Evolution. Collections have grown since the museum’s formation in the late 1800’s and offer great insight into the lives and culture of the local community. Address: Convento de Santo Andre, Ponto Delgada, Sao Miguel Phone: +351-296-283-814 Website: http://museus.azores.gov.pt

A shimmering lagoon situated on the island of Sao Miguel, the Lagao do Fogo occupies a former crater and is one of the most stunning attractions in all of Portugal. The mammoth lake stretches 1.5 miles long, is just under one mile wide, and is hugged by white sand beaches. On the way to the lagoon, there is a bubbling natural hot spring called Caldeira Velha, a prefect place to rest and take a dip. If you have time, a great way to view the lake and the rest of the Azores is from the nearby 949 meter Barrosa peak. Address: Central Sao Miguel Phone: n/a Website: n/a

Click here to learn about Food and Restaurants in Azores