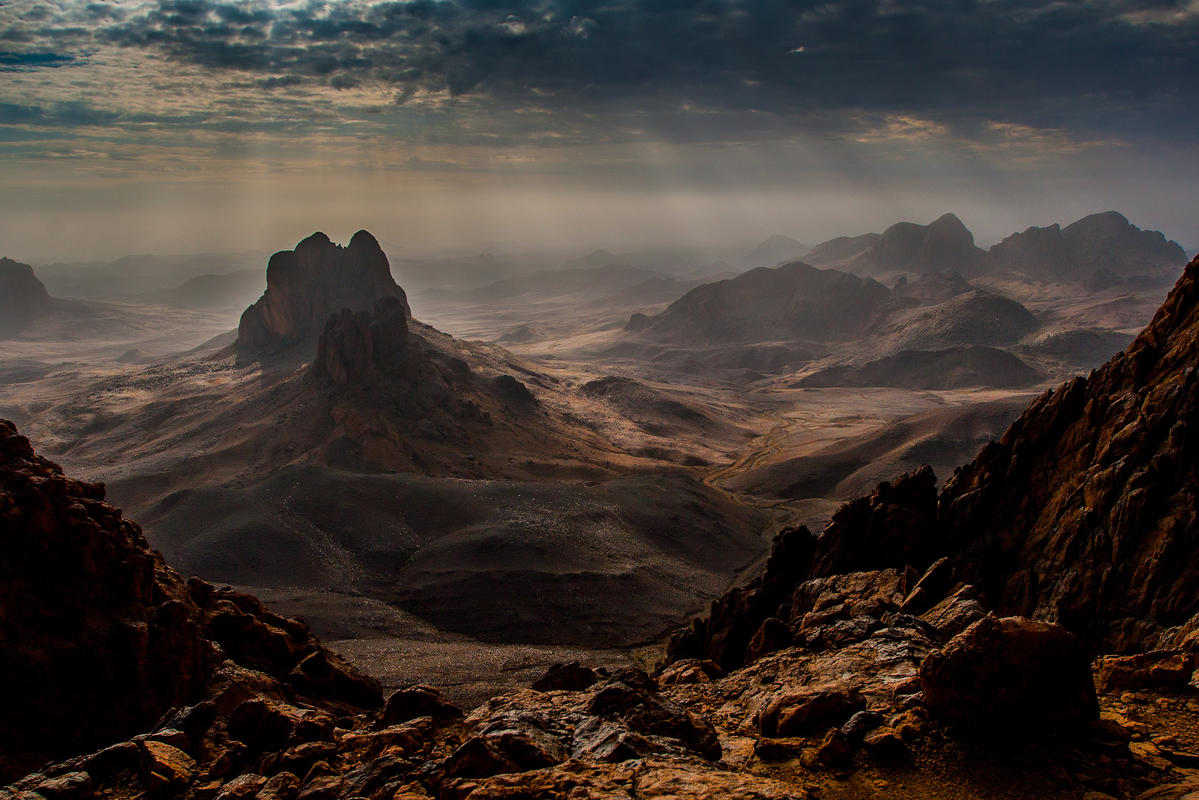 Despite beautiful ancient ruins and a large share of the Sahara desert, visits to Algeria are commonly stunted by political unrest. It was once among the most popular holiday destinations in North Africa, but its appeal has been long overshadowed by the destruction and strife brought about by the 1992 civil war. If you’re an adventurer, the country remains a promise land for thrill-seekers who want a taste of rich culture and natural wonders. Options for travel in this part of Africa are limited, but if you do decide Algeria is the place for you, have a full grasp of the risks involved.

Measuring 919,595 square miles, Algeria is bordered by Morocco, Tunisia, Libya, Niger, Mali, Mauritania, and Western Sahara and is the second largest country in Africa. A good percentage of its surface is covered by the Sahara desert, four-fifths to be exact, where most of the tourist attractions lie. The great desert offers stunning gorges, breathtaking dunes, and endless trails. One of the most fascinating and addicting places to visit in North Africa, Algeria is home to dramatic landscapes, historic towns, and well preserved tribal culture like the Hoggar and Tassili N’Ajjer regions.

Being the largest country fronting the Mediterranean, the north coast beaches are undoubtedly among the best in Africa. However, due to Algeria’s poor political situation, they remain underdeveloped. Nevertheless, the sandy shores rival those of neighboring countries, including the Turquoise Coast’s Oran beach and the famed Sidi Fredj resort town in Algiers.

Having been colonized by the French, the Romans, and the Phoenicians in the past, Algeria boasts an eclectic mix of cultures and ancient ruins from various eras can be found throughout the country. Despite being the center of the economy, Algiers is much less touristy than neighboring African towns, and a visit to the historic Casbah is not to be missed.

Accommodation options run the gamut from budget to ultra-luxe. Hotels dot the cities, along with cafés, restaurants, bars, and first-class amenities. During the summer, many coastal cottages are rented out via internet bidding sites, but use caution and common sense when making arrangements with strangers across the world.

Algiers airport is the main international gateway to the country, with service from major European airlines. Flying is the most practical way to travel, but trains and ferries also run in and out. From the US, connect via Paris, London or Frankfurt. It is possible to enter Algeria safely by land through the Tunisian border, however other borders may present security problems. Inter-city travel is relatively easy, thanks to the train system, domestic flight network, and taxis.

Click here to learn about Things to Do in Algeria