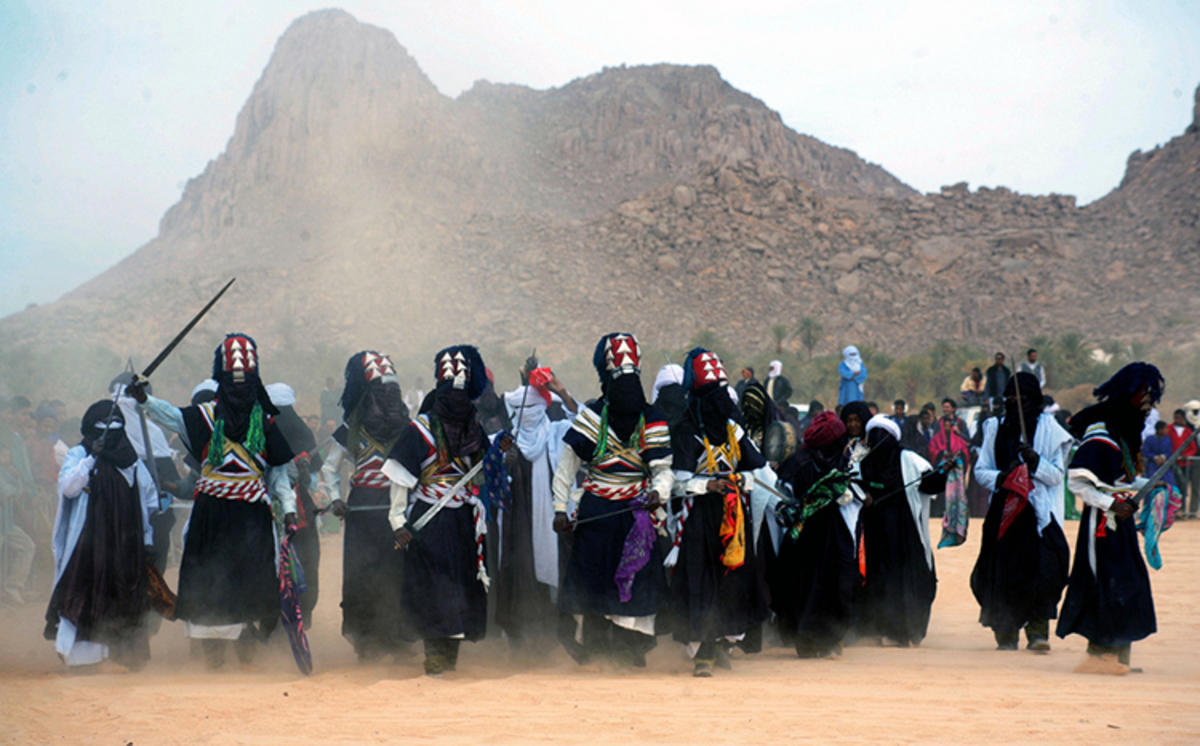 Algeria holidays, festivals and fairs that celebrate history, culture, music, food, and crafts are held throughout the year. Additionally, high profile sporting events are also hosted on the sands of the Sahara desert.

The Western Sahara Marathon involves 3.1 mile (five kilometer) to 25.5 mile (41km) races that start from the Sahrawi Refugee Camp in Tindouf held late in February. Thousands of runners from all over the world come to compete.

This mid-march event is centered on the tradition of carpet-weaving in Algeria. Artisans and designers come together to exhibit and sell their work, as well as participate in competitions. This event is also marked by a lively procession accompanied by traditional music.

The Strawberry Festival of Jijel is celebrated every two years in the month of March. It brings together companies and individuals interested in strawberry cultivation and growing.

This annual festival gathers runners from around the globe to compete in a three-leg desert race that commences in the beautiful oasis town of Béchar. The marathon is often set in mid-April.

One of the most interesting festivals in Algeria in early-May, this cultural event assembles artists from some 16 countries to perform traditional rhythms, jazz and flamenco. It is held in three different cities, Algiers, Tlemcen and Constantine.

Similar to the European Cultural Festival, Dimajazz features performances from well-known musical artists from all over the world.

Also held in May, this festival brings film to isolated communities and refugee camps in southwest Algeria. The director of the winning flick receives a white camel as his prize.

Held on June 19 each year, National Day commemorates the anniversary of the fall of Mohammed Ben Bella in 1965.

The PanAf festival involves performances, exhibitions, and events at different locations throughout Algeria. More than 8,000 artists, musicians, authors, and actors from the African Union congregate in Algiers, Blida, Bourmerdes, Tipaza, and other cities to promote the arts.

The national celebration of music features performances from different artists in a colorful event about the importance of Rai to the Algerian culture. It also celebrates the contributions of local artists to uphold the country’s distinct musical genre.

This festival showcases the works of cartoonists from Algeria and beyond. Comic fans flock to see exhibitions from their favorite artists, as well as participate in workshops, competitions and musical concerts.

The Feast of the Sacrifice is held to commemorate Abraham’s willingness to give up his own son in an act of obedience to God. It is held every November 28, and is marked by large meals featuring local Algerian dishes.

After the feast of Aid, the S’Biba festival is celebrated in the town of Djanet to commemorate the peace pact bestowed upon the inhabitants of Tassili N’Ajjer.