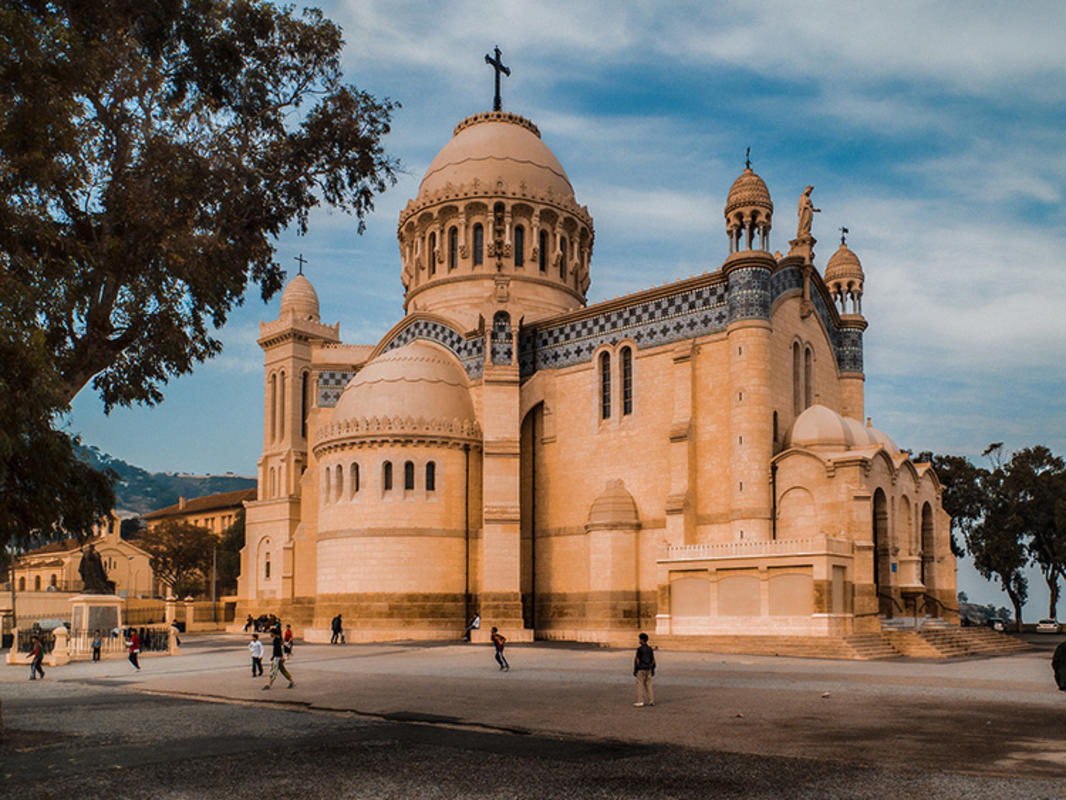 Algeria has some of the most amazing ancient attractions in the world, as evident by its numerous World Heritage Sites. From the city of Batna, it is easy to reach the Roman ruins of Timgad. The ancient baths and forum at Hippo Regius and the rock paintings of Tassili N’Ajjer are other must-sees. When not trekking the Sahara, visitors can enjoy the Mediterranean Sea on the north coast, where beautiful beaches await. The famous Sidi Fredj resort town is a worthy detour when visiting Algiers.

Most tour operators in Algeria focus on the ancient cities and excursions across the desert. Camel rides, biking, and 4WD expeditions are popular, but think twice before going as a lone backpacker. Consider joining a group tour to avoid being caught in a place rife with terrorism and civil unrest. The safest way to explore Algeria is by pre-booking an itinerary with a trusted guide.

A UNESCO’s World Heritage site, the Tassili National Park is one of the most fascinating places to see in Algeria. Its best feature is the majestic sandstone mountain range, complete with amazing land formations and unmatched rock arches. In addition to its natural wonders, the park is also home to an impressive collection of rock art and prehistoric cave paintings. Address: Sahara Desert Phone: N/A Website: N/A

The El Kala National Park extends up to the border with Tunisia and as far as the Mediterranean Sea. It is one of the most diverse areas of the country, made up of forests, marshes, lakes, and coastal waters adorned by sandy beaches. A UNESCO biosphere reserve, the park provides an excellent escape for those wishing to see a number of rare birds and mammals. Scenic trails allow you to take in the beauty of the entire surroundings. Address: El Tarf, North Eastern Algeria Phone: N/A Website: N/A

The Algiers Casbah is perched on a hill overlooking the city. The old citadel is a living museum of palaces, houses, mosques, and architecture, most of which dates as far back as the Ottoman period. This World Heritage site is divided into two main areas, the upper and lower town and is best seen on a guided tour to avoid getting lost in its labyrinthine layout. Address: Algiers Phone: N/A Website: N/A

Also known as the Basilica of Algiers, this old church is just one of the many examples of ancient architecture sprinkled throughout Algeria. It dates back to the 19th century and is situated on the north side of the capital dominating a 407-foot cliff that overlooks the crystal waters of Algiers Bay. People come here to admire the superb design of the basilica, as well as to take in stunning views. Address: North Algiers, Algeria Phone: N/A Website: N/A

Bardo Museum of Prehistory and Ethnography

Situated within a prominent piece of architecture in Algiers, the Musée du Bardo features an extensive collection of prehistoric stones, fossils, pottery, and other relics. It is housed in what was the country home of a former Tunisian Prince. You can stroll through the surrounding gardens to admire the old building and the beautiful landscape. Address: 3, Rue Franklin Roosevelt, Algiers Phone: +213-21-747-641 Website: N/A

Jardin d’Essai du Hamma is a collection of botanical gardens believed to be the oldest in Algeria. It is located near the heart of the capital and features both a French and English garden, in addition to a zoo. The garden has been enhanced with restaurants where you can savor a good meal while being surrounded by beautiful flora and fauna. Address: Algiers City Centre Phone: N/A Website: N/A

Also one of the oldest in Algeria and in Africa, this zoological garden plays host to a wide range of animals including monkeys, elephants, camels, tigers, and even crocodiles. Within the property are peaceful picnic areas along with restaurants and hotels. Address: Route du Kaddous, Draria, Algiers Phone: +213-66-686-770 Website: N/A

The ancient town of Tipaza is home to fascinating ruins. Being an old Roman military colony, some great examples of architecture can be found, including a massive amphitheater and many other heritage sites. Address: Tipaza, Algeria Phone: N/A Website: N/A

Algerian beaches, while not the best in the Mediterranean, are still quite appealing as a result of their lack of commercialization. The Turquoise Coast is a favorite, but the Oran region is also a go-to for sun seekers alongside Canastel, Les Andalouses, Ain El Turk, and Sablettes. It may not seem like it at first glance, but Algeria actually offers opportunities for maritime pursuits from kayaking, snorkeling and sailing to surfing and even scuba diving. Address: N/A Phone: N/A Website: N/A

Click here to learn about Algeria's Food and Restaurants