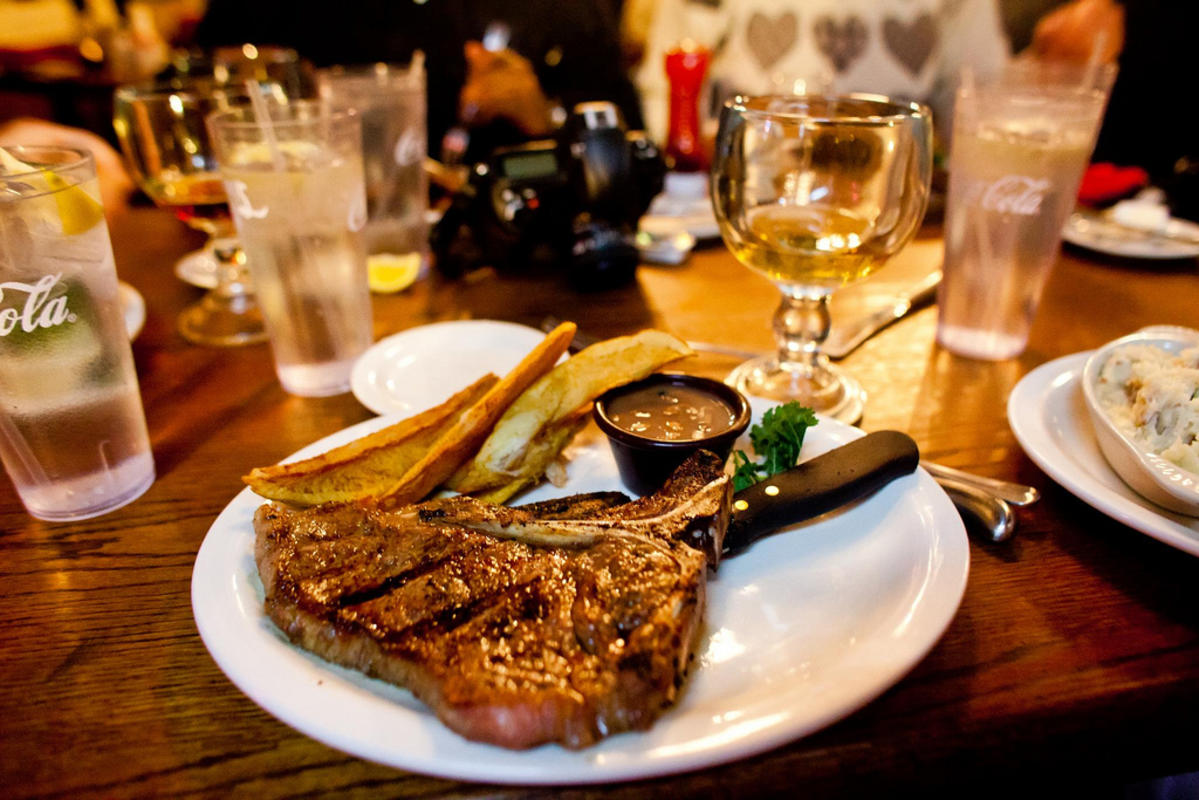 In Texas, they forego dainty plates of food for platter-sized steaks, big bowls of chili, and juicy piles of barbecue. Naturally, beef plays a starring role in many people’s meals backed up heavily by the realm of Tex-Mex cuisine. You’ll rarely go hungry at a restaurant in Texas, as any fan of gravy-smothered chicken fried steak will confirm. Fortunately, the prices are not always as large as the Lone Star State, particularly when you stick with the local diners and cafés. Texas nightlife is just as big and boisterous as its food. From rowdy honky-tonk bars to neat brick brewpubs, there’s a cold Texas beer waiting in even the tiniest cow town.

Bars and Pubbing in Texas

No matter where you go in Texas you’ll have no trouble finding a place to drink and people to drink with. Texans enjoy their beer and the occasional margarita, with the state’s larger cities boasting solid nightlife scenes. In Dallas, head to Deep Ellum or Uptown. Houston has its downtown core, while San Antonio features the intoxicating River Walk. Austin is another superb town for drinking, especially along 6th Street and in the Warehouse District. Most bars in Texas close down at 2:00 a.m., and smoking is not allowed indoors.

Dining and Cuisine in Texas

Texas is probably best known for its Tex-Mex dishes that fuse Mexican cuisine with a little Texan flair. Things like fajitas, chili con queso, and even nachos are all Tex-Mex originals. But few Texans can go long without their barbecue, which is typically a thin-sliced beef brisket. Chicken fried steak covered in gravy is another staple food in the Lone Star State, while the chili here is unique because it doesn’t have beans. You can find all these dishes, and the ubiquitous beef steak, at both modest diners and five-star restaurants. Dallas and Houston have the most diverse dining scenes, while San Antonio excels at Tex-Mex and Austin produces some wonderfully creative cafés.

The New American cuisine at Mark’s (1658 Westheimer, Houston) and 17 (1117 Prairie St, Houston) is out of this world. Dallas’ Fearing’s (2121 McKinney Ave, Dallas) and RDG Bar Annie (1800 Post Oak Blvd, Houston) both take Southwestern cuisine to new heights. For classic Texas steaks and barbecue don’t miss Sonny Bryan’s Smokehouse (302 N. Market St, Dallas) or Angelo’s (2533 W. Settlement Rd, Fort Worth). Both are veritable legends at their craft. When in Austin, you can find unbeatable (and affordable) home cooked classics at Threadgill’s (6416 N. Lamar Blvd, Austin). The most creative restaurant in town has to be Uchi (801 S. Lamar Blvd, Austin) with its sublime Pan-Asian menu and charming 1930s bungalow atmosphere.