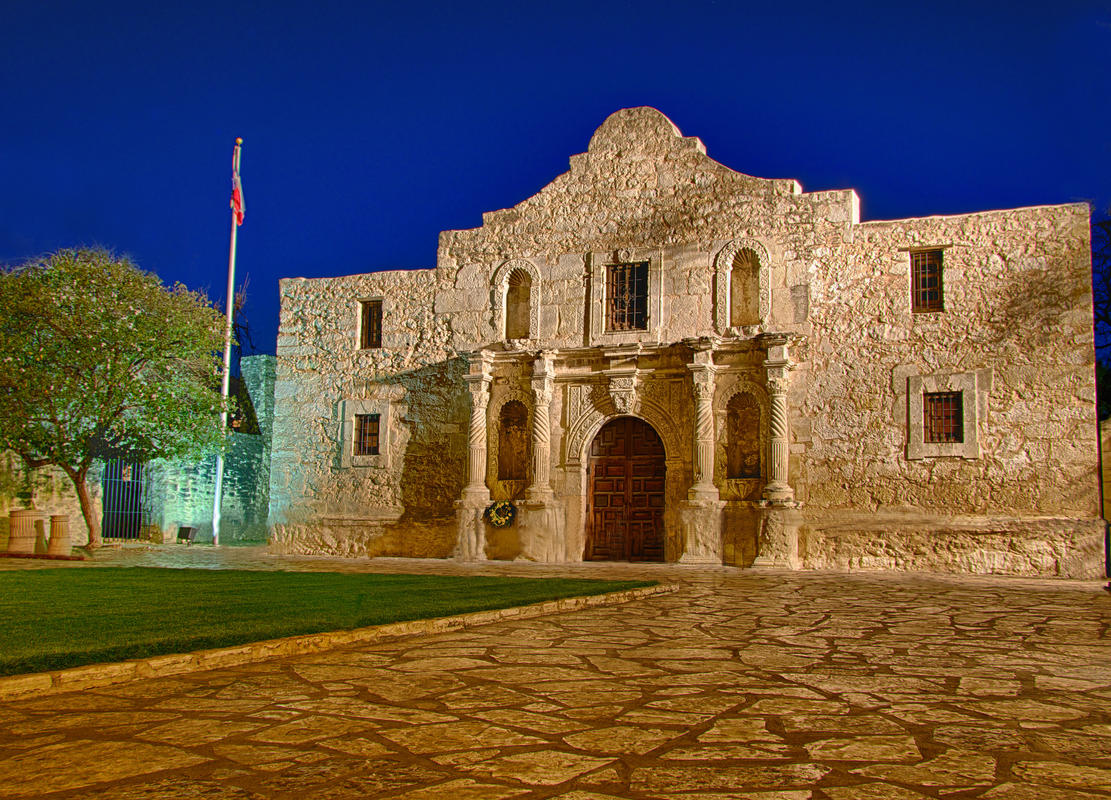 The Lone Star State has always been a rebel, and continues to insist that everything here is bigger and better than in the other 49 US states. To some degree that bravado is true, and taken with a grain of salt it’s a really fun attitude to embrace. Texan pride oozes from every corner, and there’s plenty of cowboy rancher heritage to back up those ubiquitous boots and hats.

The Spanish were the first Europeans to explore Texas, arriving in 1528 and decimating half the native population with their disease. The relatively harsh environment here discouraged much settlement until 1680 when the Spanish built a series of missions to ward off French incursions.

Although the US government insisted that Texas be included in the 1803 Louisiana Purchase from France, the Mexicans did not agree. In their 1821 Mexican War of Independence they incorporated Texas into Mexican territory. The land was always in dispute as settlers from both Mexico and the US continued to encroach and flout the law.

Tensions reached a boil in 1835, when the Texas Revolution began and quickly kicked out all Mexican troops from the territory. The president of Mexico personally led a force into Texas, which resulted in the infamous 13-day siege of The Alamo. The Mexican soldiers won that fight. Running skirmishes between the Americans and Mexicans continued until 1842 when the Mexicans gave up the fight. Texas was admitted to the Union in 1845.

This led to the Mexican Cession of 1848, which gave most of today’s Southwest to the US and set the Texas border at the Rio Grande River. Texas was divided during the Civil War, with the governor Sam Houston supporting the Union. The final battle in the Civil War was fought at Palmito Ranch near Brownsville.

In 1901 the first oil well began spouting crude near Beaumont. Major oil fields followed, creating the oil boom than transformed Texas forever. Oil production hit its peak in 1972, and continues today to a lesser degree. Other modern events that happened in Texas include the 1963 assassination of US President John F Kennedy in Dallas. Today the state enjoys a diverse economy of oil, technology, cattle ranching, and industry.

Texan culture is infamous for its highly confident assertion that everything is bigger and better in Texas. Texan bravado is certainly a real social characteristic, but more entertaining than annoying. The folks who live in the Lone Star State are extremely proud of their land, and defend every aspect of it with borderline ferocity. This probably stems from the fact that Texas had to fight hard to gain every inch of its current territory from Mexico.

Cowboys make up a large part of Texan society, so it’s hard to go anywhere in the state and not see cowboy boots, hats, and rancher attitudes. Most bars play country western music and most meals involve beef. To a large degree, everything really is bigger in Texas, which is what makes traveling here such fun. It’s a fun, slightly rowdy, and very friendly state. Once you get over the fact that Texans think they’re the best thing since sliced bread, they’re a lot of fun. There’s also a very strong Hispanic presence in the state that adds a welcome dose of ethnicity to the landscape.