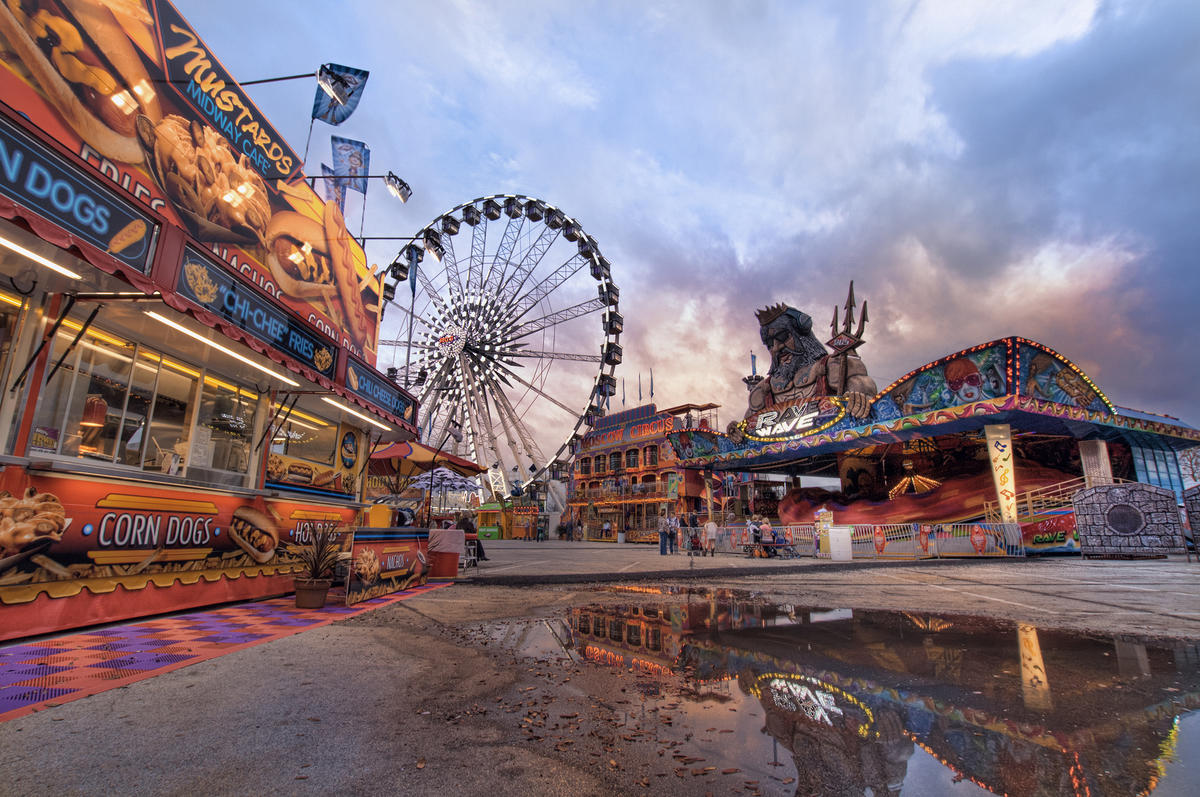 Texas goes over the top celebrating its cowboy heritage every year with most of the world’s largest and most famous rodeo events. It also fires up the fiesta for its huge Hispanic population several times, and even hosts one of America’s leading music festivals in Austin’s South by Southwest event. Most of the special events are held in the pleasant seasons of winter, spring, and fall, capped by October’s State Fair of Dallas, the largest event of its kind in the country. These festivals are always done up Texas-style, which means big attractions and many days, but Texas holidays also include national celebrations like Independence Day and Veteran's Day.

This massive rodeo and livestock expo in Fort Worth, Texas is the nation’s oldest and one of its most famous. The Will Rogers Memorial Center attracts around one million spectators each January for two weeks of Western-style action. It starts with the world’s largest horse-drawn parade, the All-Western Parade, and carries on with some 30 different rodeo performances.

One of America’s most popular and exciting music events takes place in Austin every March. It’s both an awards ceremony and a giant music festival featuring the hottest known and undiscovered bands in the country. They play for several days at numerous venues around Austin, making this event the capital’s top attraction. Keynote speakers and workshops with famous musicians round off the program.

For over two weeks at the beginning of each March, the city of Houston, Texas holds its big rodeo event. It is billed as the largest rodeo in the world, featuring all the usual performances, competitions, and livestock expositions along with a solid line-up of country-western musicians. It is Houston’s main event.

San Antonio’s big city festival takes place at the end of April, combining everything from society balls to concerts and food fairs. It’s a huge 10-day party that brings most of this city together for a daily revelry including parades, live music, art exhibitions, and the elaborate costumes of the fiesta’s royal court.

The rich Hispanic culture and heritage of Texas is celebrated every July with a week of everything Latin. There are amazing food fairs, live music, parades, traditional dances, and other fun Hispanic-themed activities throughout Fort Worth. This is a great chance to experience the diversity of Texan society.

America’s largest state fair takes place in Dallas. For one month this city gets seriously festive from the end of September right through October just as the weather turns pleasant. The location of this Texas-sized fair is just as impressive as the carnival rides, livestock shows, concerts, and awesome food. The Art Deco fairgrounds were built in 1936 and have the perfect atmosphere for Texas’ main event.