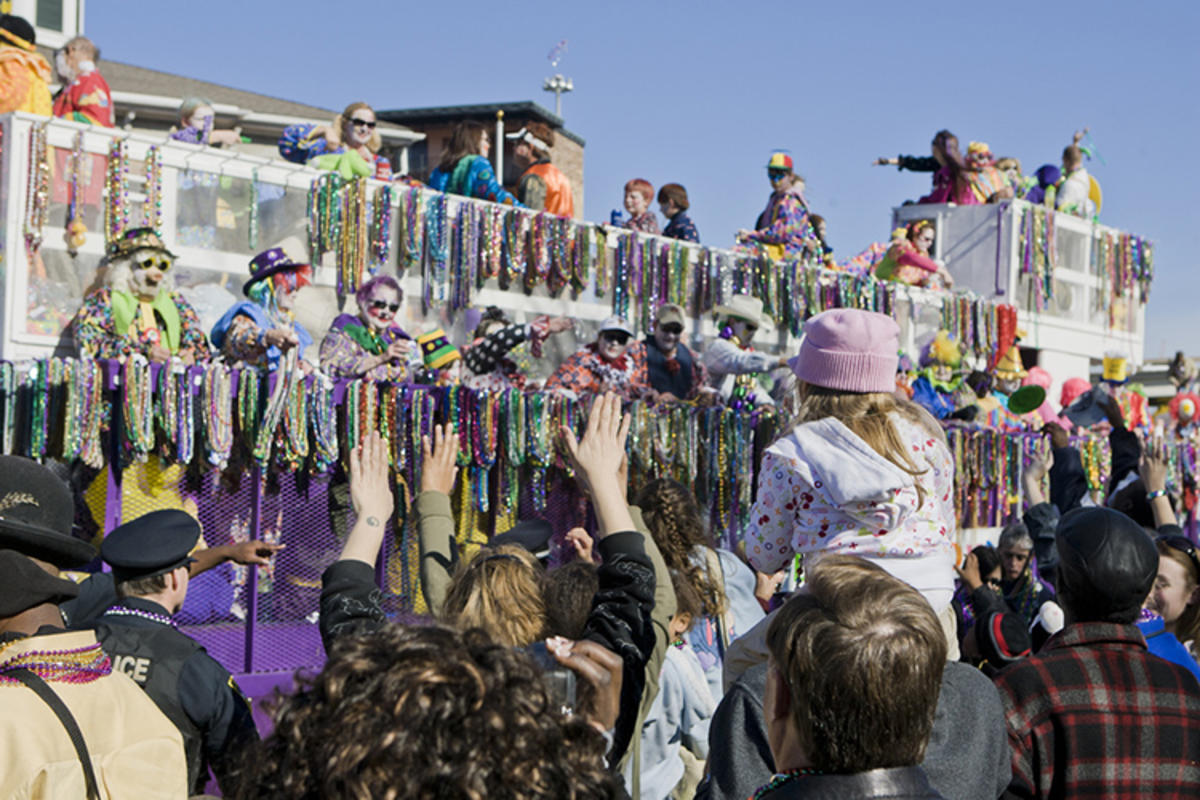 Alabama isn’t exactly a mecca for international festivals, but it does celebrate its unique Deep South heritage in many ways. Most Alabama holidays are based around local products, traditions, and craftsmanship. They are relaxed, down-home affairs without any pretense or attempt to be global spotlight events, which is the main draw. They’re pure, simple fun.

Most people think of New Orleans when Mardi Gras time rolls around, but in fact, Mobile has been celebrating this special event since the 18th century, well before the Big Easy adopted the party crown. This city on the Gulf Coast puts on a 10-day February celebration of floats, parades, special events, and plenty of parties without as much hype as New Orleans.

The 65-acre farm of Bellingrath Gardens, outside of Mobile is home to one of Alabama’s most impressive displays of natural color. Each spring over 250,000 azalea bushes burst into bright hues of magenta, red, and purple in symphony at the farm. The sight is such a marvel they’ve created an entire festival around it.

For five days at the end of each June, the towns of Chilton County come together to celebrate the luscious peach, which grows particularly well in this part of Alabama. A week of events include a beauty pageant, the Peach Run, cooking competitions, fishing tournaments, and live music. Fill the peak days of summer with an insane amount of down-home fun centered around peaches.

Each June, Birmingham plays host to Alabama’s biggest sporting event, modeled after the Olympics. A mix of amateur and professional athletes compete in 25 sports spanning three days. The event opens with an official Opening Ceremony and includes parades, live music, and other productions to add to the festivities.

The southern folk roots of Alabama art and craftsmanship are celebrated at this popular festival every October in the town of Northport. This little corner of Alabama has been a haven for traditional art for decades, and people come from all over the region to admire the skills and creativity of the people who call Kentuck and Northport home.

Montgomery’s premier event actually takes place all year round. America’s sixth-largest Shakespeare Theater hosts more than 200,000 spectators each year to watch the classic plays of the legendary writer performed on the two state-of-the-art stages at this amazing venue on the edge of Montgomery.