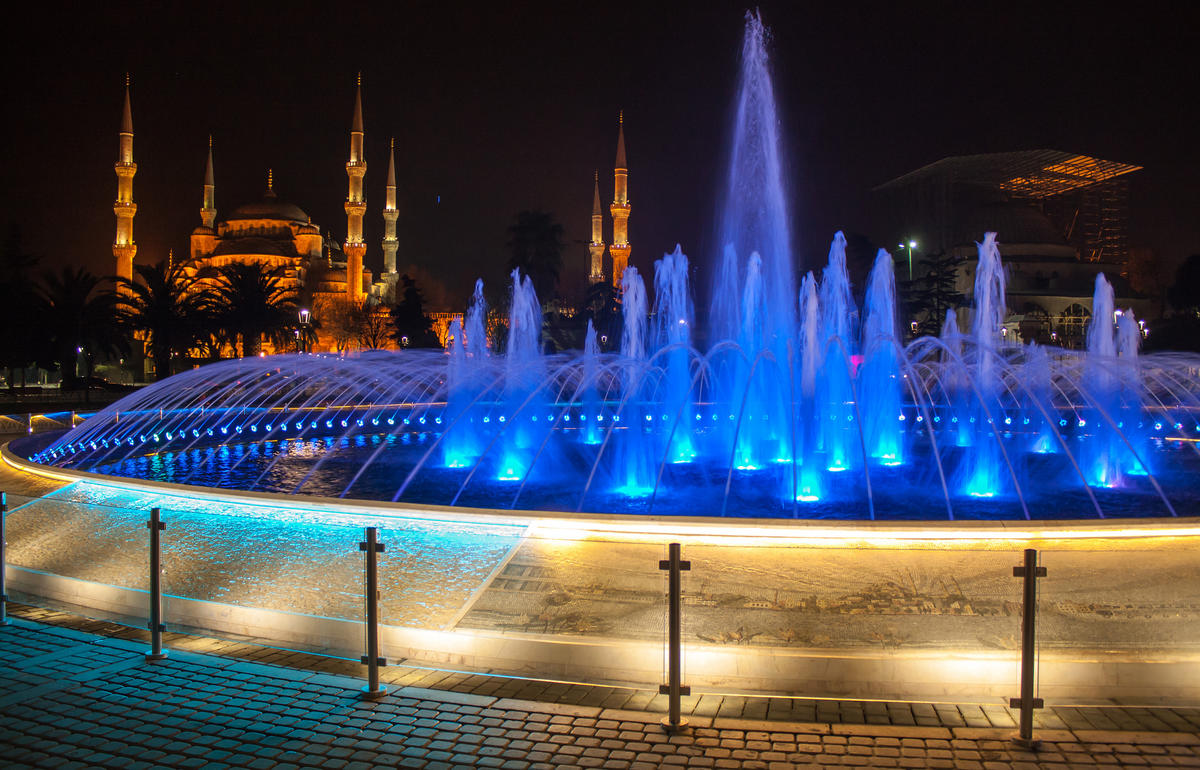 Turkey is home to a range of sprawling cultures that have influenced and shaped their attractions over the years. Roman and Ottoman history can be seen in the stunning Hagia Sophia Museum and the Roman sites of Ephesus. Plan ahead though because many of the sites are spread out so it may be hard to get to everything in just a couple days.

Situated within the city of Istanbul, the Hagia Sophia Museum is set in a former basilica. For more than 1,000 years, this was one of the largest enclosed spaces in Europe. It became a mosque when the Ottomans arrived in the 15th century. In 1935, the city transformed it into a museum, showcasing the history of Islamic and foreign influences on Turkey. Address: Ayasofya Meydani, Sultanahmet Fatih, Istanbul, Turkey Phone: +90-212-522-1750 Website: http://www.ayasofyamuzesi.gov.tr/

Also within Istanbul, the fabulous Blue Mosque is one of the Islamic world’s most illustrious structures and gets its name from the blue-tiled interior walls. Built between 1609 and 1616, the mosque once stood as the center of Islamic faith within the Ottoman Empire. Its founder’s tomb is also found inside, but the highlight is its beautiful high ceiling, adorned with 20,000 tiles of intricate styling. The site is sometimes referred to as the Sultan Ahmed Mosque. Address: Torun Sokak 19, Istanbul, Turkey Phone: +90-212-458-4983 Website: http://www.sultanahmetpalace.com/

Known as Cotton Castle in Turkish, Pamukkale is among the world’s most beautiful natural wonders. The white sloping terraces are filled with amazingly rich blue spring pools, which are said to provide healing benefits. At the top of the cliffs sits the ancient city of Hierapolis, where the library, temple, and baths can still be found. Address: Denizli Province, Turkey Phone: n/a Website: n/a

On the western coastline is the ancient town of Ephesus. This destination is one of the most important historical sites in Turkey and Asia Minor, as plenty of Roman ruins can be found throughout the city. Some of the most important landmarks include the Temple of Artemis (one of the Seven Wonders of the Ancient World), the Temple of Hadrian, the Temple of Domitian, Odeon, and part of the Basilica of St. John. Allow yourself at least a whole day to truly embrace the beauty and magnificence of the area. Address: Selcuk, Turkish Aegean, Turkey Phone: n/a Website: n/a

Cappadocia is a renowned region within Anatolia. It is home to many ancient sites, but the more famous attraction is the strange Fairy Chimney rock formations found throughout the area. One of the most important towns in the region is Goreme, which boasts houses and buildings cut out from the surrounding cliff faces. Tourists can also enjoy some memorable sightseeing from the air, as hot-air ballooning is one of the more popular activities. Address: Cappadocia, Nevsehir, Turkey Phone: +90-384-213-9900 Website: n/a

The ancient city of Pergamon is a former Greek community close to the Aegean Coast. There are plenty of ancient sites found within this old settlement, including the famous Temple of Trajan. The Serapis Temple is another landmark, and three kilometers to the south is the Sanctuary of Asclepius. The Great Altar of Pergamon is often regarded as the heart of the city, although it is now located inside a museum in Berlin (but the base still stands). There are also royal palaces, the Heroon and the Upper Agora to enjoy. Address: Bergama, Kasapaglu Caddesi 6, Izmir, Turkey Phone: +90-232-632-4398 Website: n/a

The town of Aspendos holds some of Turkey’s most beloved ancient Roman sites. Built in the 2nd century AD, the Aspendos Theater was originally used during the rule of Marcos Aurelius for performances, holding a capacity of 20,000. Due to ongoing maintenance to keep the facility fully restored, it is one of Europe’s most beautiful Roman attractions and sees thousands of visitors every year. Address: Serik, Antalya Province, Turkey Phone: n/a Website: n/a

One of the most important sites in the country, Mount Nemrut is a World Heritage peak in the Taurus Mountain range. There are a number of ancient statues - although mainly just their heads - located on the mountain. In the afternoon, the sunset provides a spectacular setting for tourists looking to take memorable photographs. The best place to use as a base for visits is Kahta, in the southeastern region of Anatolia. Address: Mount Nemrut, Bitlis Province, Turkey Phone: n/a Website: n/a