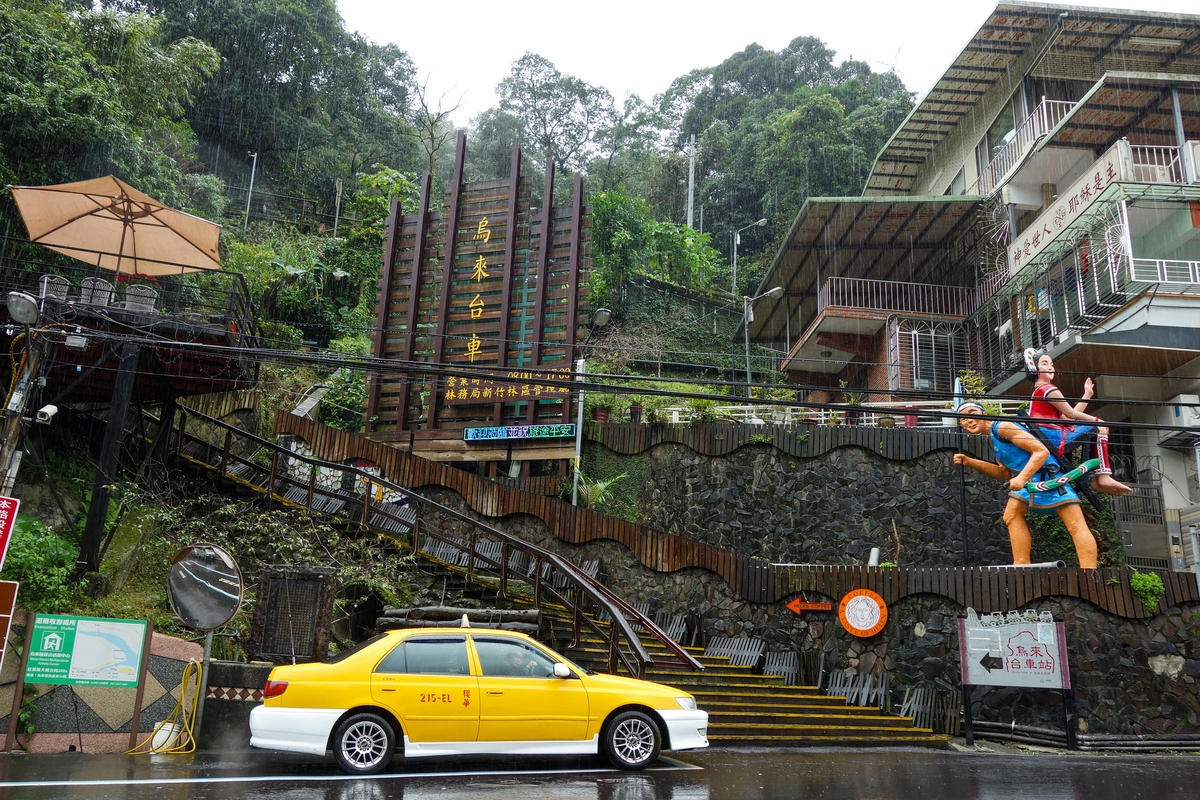 Yellow cab taxis are widely available, particularly in big cities like Taipei, and although it is possible to book a taxi by phone, it is generally not necessary - just go out onto the street and hail one. Drivers cannot usually read English so be sure to have the required address written down in Chinese beforehand. Fares are metered and tips are prohibited. The rate is more expensive after 11:00 p.m. and before 6:00 a.m. - make sure the 11:00 p.m. button is not pushed during normal hours. If required, taxis can be booked through dispatch centers such as Taiwan Taxis (+886-4058-8888). Alternatively, visitors could try one of the many the government regulated Taipei Tourist Taxis, such as Taipei Star Taxis (+886-2882-5566).

While car rental is another option for getting around by road, it is often considered a lesser choice than public transport as the roads can be busy, confusing and hard to navigate. Roads are well maintained and many of the highway signs are in English as well as Chinese. VIP Rentals is one firm that is licensed to rent vehicles to foreign drivers, as long as the driver holds an international driver’s license. Scooter hire is often considered a more practical (and cheaper) alternative. Bikefarm in Taipei is licensed to provide rental scooters to foreign tourists.

Taiwan has a fantastic new high speed train system that links all the major cities. It is run by Taiwan High Speed Rail (THSR). The trains and system are modern and efficient and even traveling economy is comfortable. Tickets can be purchased at the station, ticket machines or ticket offices, 7-11 and Familymart stores, or booked in advance either online or by phone (+886-2-6626-8000). Visitors can get around Taipei using the underground subway system known as the MRT. Visitors moving between neighboring cities could try the Taiwan Railway Administration (TRA) commuter trains, tickets for which can be bought online in advance or from the station on the day of travel.

Taiwan has a number of bus services, with the private coaches being the most comfortable, modern and luxurious. The public bus service is also clean and efficient, although route maps and information will usually be in Chinese. The bus will often have the destination signed in English, so the best plan is to get assistance the hotel about where to catch the bus, then have the destination marked in Chinese on a map to show the driver. The newly launched Taiwan tourist shuttle (http://www.taiwantrip.com.tw/) offers more direct routes to tourist attractions that might otherwise be difficult for visitors to get to using public transport.