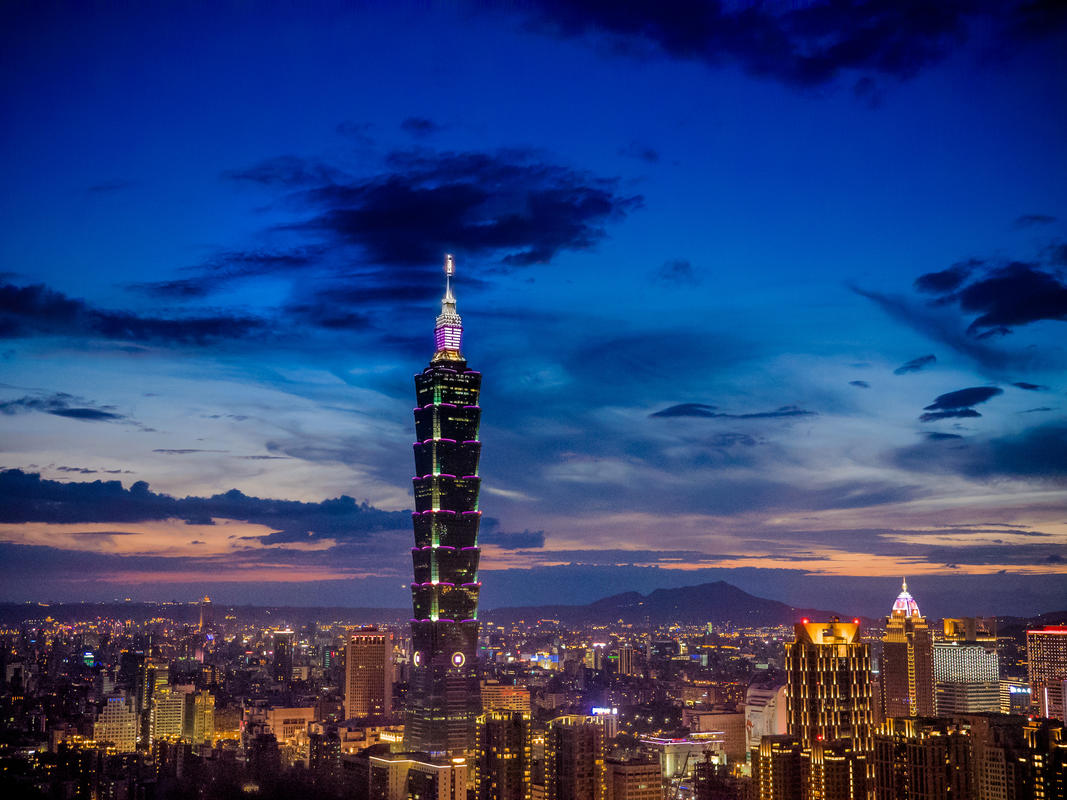 Taiwan’s best attractions are a mix of natural and manmade wonders, ranging from the 3,000 year old tree at Alishan, to the world’s fastest lifts in Taipei 101. Cultural treasures also abound, including National Palace Museum collection and the carvings of Long Shan Temple. Visitors will easily find much to stimulate the imagination while visiting Taiwan.

The massive octagonal structure was erected in memory of former ROC President, General Chiang Kai-Shek. The memorial was begun shortly after the General’s death in 1975. Today the huge hall houses a large statue of him, guarded by members of the armed forces. The hourly changing of the guard is popular with sightseers. There is also a museum dedicated to the General’s life and career. The monument is open every day from 9:00 a.m. to 6:00 p.m. Address: No.21, Zhongshan S.Rd., Zhongzheng Dist.,Taipei City 10048 Phone: +886-2-2343-1100 Website: http://www.cksmh.gov.tw/eng/

The National Palace Museum is one of Taiwan’s premier tourist attractions. It houses a priceless collection of some 65,000 items brought to Taiwan by the KMT during the Chinese Civil War. The collection of bronze, jade, paintings and porcelain is considered to be one of the finest assemblies of Chinese art in the world and is so massive that only about 1 percent can be displayed at any given time. The museum opens daily from 8:30 a.m. to 6:30 p.m. Address: No.221, Sec. 2, Zhishan Rd., Shilin Dist., Taipei City 11143 Phone: +886-2-2881-2021 Website: http://www.npm.gov.tw/en/home.htm

Long Shan Temple is possibly the most famous temple in Taiwan and is considered a good example of classical Taiwanese architecture, with influences from Southern China. The original temple was built in 1738 by Fujian Chinese settlers and has been added to, damaged, repaired and renovated over time. Today it is an ornately decorated square structure protected by dragon poles and housing Buddhist, Taoist and traditional folk deities as well as sculptures, poems and art. The surrounding area is also of historical interest with old streets housing traditional antique, Buddhist item and Chinese Medicine shops. Address: No.211 Guangzhou Street, Wanhua District, Taipei Phone: +886-2-2302-5162 Website: http://www.lungshan.org.tw/ (Chinese language only)

Taipei 101 is an inescapable Taiwan landmark, stretching 1670 feet into the sky. The observation deck, 1,285 feet up, and is reached in 37 seconds via Guinness Record holding World’s fastest lifts. Besides astonishing views, the Observation deck has a jewelry store, bar, binoculars, post box and a photo service. The tower is open daily from 10:00 a.m. to 10:00 p.m., although hours may alter on public holidays. Address: 89th Floor, No7 Hsinyi Road Section 5, Taipei City Phone: +886-2-8101-8899 Website: http://www.taipei-101.com.tw/en/OB/about/info.asp

Night markets are a feature across Taiwan and are set up along streets or in dedicated buildings. Business tends to begin around 4:00 p.m. and continue until 1:00 a.m. or 2:00 a.m. Shilin is one of largest night markets and is a good place for visitors to try xiaochi. Fried chicken, fried and steamed buns, noodles and peanut candy are local specialties. The food part of the markets, comprising over 500 stalls, is housed in the old Shilin Market building across from the MRT Jiantan Station. The non-food part of the market is made up of shops and stalls surrounding the food court selling everything from souvenirs and clothes to small electrical goods. Address: between Dadong, Danan, Wenlin, and Jihua Roads, Taipei Phone: n/a Website: n/a

The Alishan mountain range in is one of Taiwan’s best known landmarks, drawing visitors to witness the natural beauty and giant Taiwanese red cypress trees of this mountain resort area. Many tourists hike up Mount Jhushan (one of the peaks in the range) to see the sun come up through a sea of clouds behind Mount Yushan. Another attractions is the historic Fenqihu village with its low wooden houses and nearby ruined Shinto temple, forests, streams, rock formations, and a sacred 3,000 year old tree. The mountains are covered in cherry blossoms in spring and orange montbretia flowers in summer. The area is also known for producing tea, wasabi, bamboo shoots and aiyu jelly. Address: Chuko, No. 3-16, Chuko Village, Fanlu Township, Chiayi County 60246 Phone: +886-5259-3900 Website: http://www.ali-nsa.net/user/Main.aspx?Lang=2

Yushan National Park covers approximately 260 acres and is home to Yushan Mountain, also known as Jade Mountain, the highest peak in Taiwan. The trails that crisscross the park make it popular with hikers, climbers and photographers. Highlights include the Jimmentong cliffs, Yinyu Waterfall and Yunlong Waterfall. There are many rivers, lakes and pools and the Great Precipice is a unique cliff that has ancient marine fossils. Address: 515, Sec. 1, Jongshan Rd., Shueili Township, Nantou County, Taiwan Phone: +886-4-9277-3121 Website: http://www.ysnp.gov.tw/en/