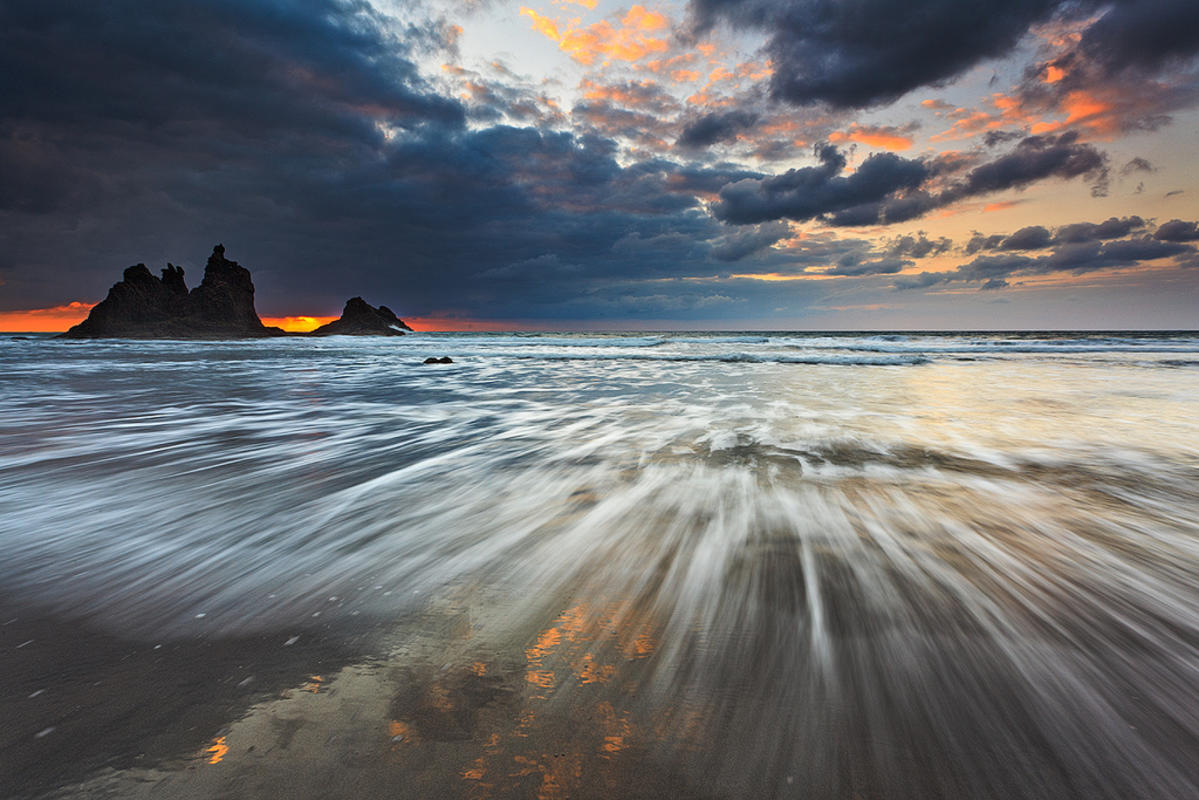 Tenerife has nice weather year round and is one of the best island retreats in the world for a holiday thanks to its pleasant climate. Though it can get hot in summer (June through September), it is generally mild throughout the year, with a yearly temperature average of around 70°F (21°C). Even winter is a nice time to visit.

The average summer temperature is around 77°F (25°C), with daily highs sometimes into the 80s (°F) in July and August, though it never gets as hot as, say, Mallorca in the Balearic Islands. June to August is the driest time in Tenerife, although it never really rains much, even during the wettest month of December, which sees two inches of rain. Humidity is quite low at around 60 percent on average and is lowest in summer.

It is warmer and drier in the south (where the main resorts are located), while the north (where Santa Cruz and La Laguna reside) are cooler, wetter, and greener. The coldest place is, of course, atop Mount Teide, which has its own microclimate and is chilly year-round, especially in the evening. You can be in the snow one hour and bathing on the beach in 86°F heat the next.

Winters are nice in Tenerife, with average temperatures of around 63°F (17°C) from December to February. Temperatures rarely dip below 57°F (14°C), even at night, along the coast. This makes Tenerife a popular escape destination for Europeans and Americans over Christmas and New Year, thus expect hotel rates to be as high as in summer at these times.

The weather is mostly always nice here, so visitors should perhaps consider crowds and hotel rates as much as the climate. July, August, and late December are the busiest times, while spring and fall are quieter but have nice weather, too.