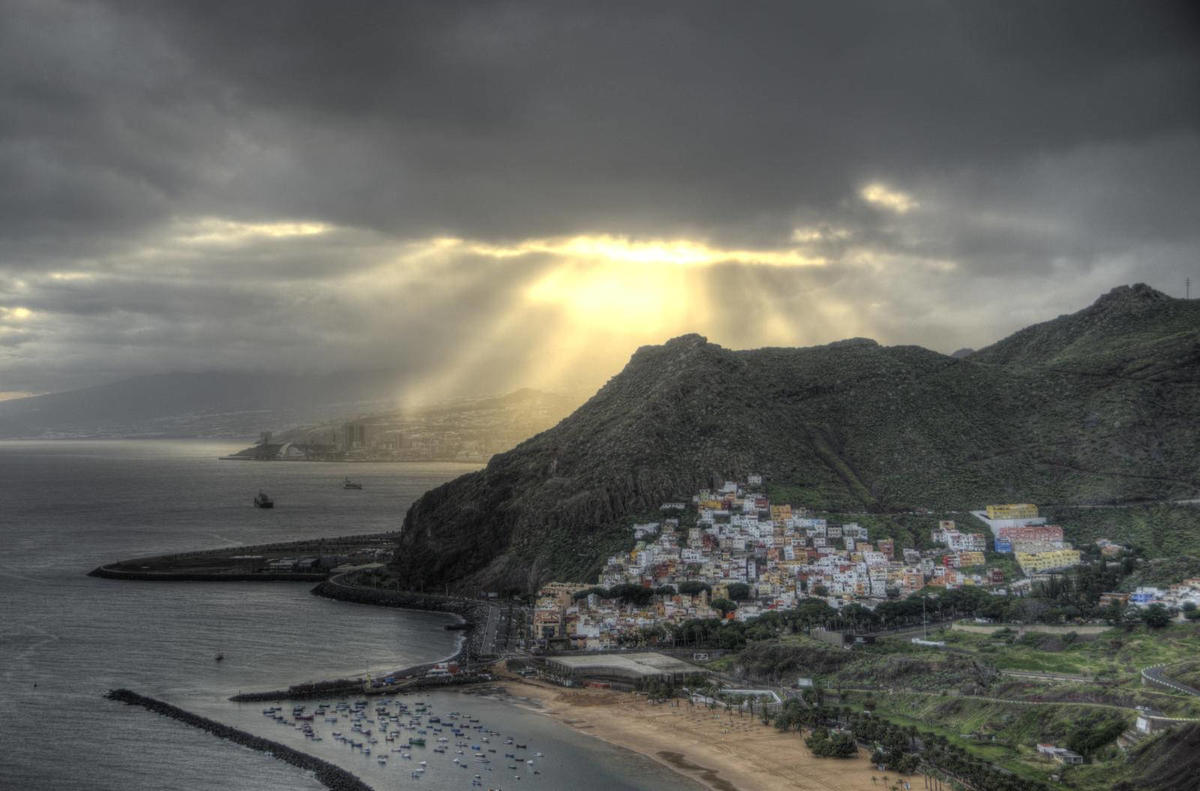 With its year-round nice weather and island-wide volcanic beaches, the Canary Islands’ hottest destination is a popular summer and winter escape for partygoers, couples, and families alike. If the sun, the warm sea, and the beaches aren’t tempting enough, rest assured Tenerife also boasts high-end shopping and Canary Island culture.

Lazing on black-sand beaches, enjoying water sports, hiking Mount Teide, shopping for local crafts in the cultured capital city of Santa Cruz, and raving the night away in Playa de las Americas are the main draws to Tenerife. The beaches of the main holiday resorts in the south of the island, where las Americas is situated, are busy most of the year and while not beautiful, Playa de las Teresitas at Santa Cruz has golden sands. The resorts have water parks and boat rides galore, while the huge Mount Teide volcano boasts a cable car.

Tenerife is good value for money, being cheaper than the other Canary Islands and yet having a high quality hospitality industry. There are massive, all-encompassing hotel resorts here with their own pools, spas, and nightly entertainment, usually consisting of flamenco dancing or uniquely Canarian shows. Los Cristianos and Playa de las Americas have the biggest resorts and the most bustling nightlife zones, with Costa Adeje and Puerto de la Cruz being more laidback. Food is mainly Spanish and British, and good value, as are local wines and beers.

The scope for daytrips is excellent, with numerous boat charters and tour firms offering cruises, whale watching trips, day scuba dives, and fishing trips. Tours of the diverse Teide National Park, which is home to Mount Teide, are equally popular and typically take in its snowy peak, though access to the summit is not guaranteed. You can also daytrip to nearby Gran Canaria and La Gomera—the closest islands to Tenerife—by plane or ferry.

Tenerife is one of those rare places on Earth where the weather and temperature remain nice nearly year-round. The summers, which last from June to September, are the hottest times to visit with temperatures rising to a balmy 90-degrees F. But the rest of the year the average temperature hangs around 70 F, perfect weather for beach going and relaxing under some sweet Canary Island sunshine. July, August and late December are the busiest times in Tenerife for tourism so if you want to avoid the crowds, it's best to plan your trip during other times of the year.

There’s a useful bus service which serves all resorts, the capital city, and the historical center of La Laguna. Tenerife is the largest island in the archipelago, although it has a good road network. Many visitors choose to rent a car, with reasonable rates and lots of interesting side trips.