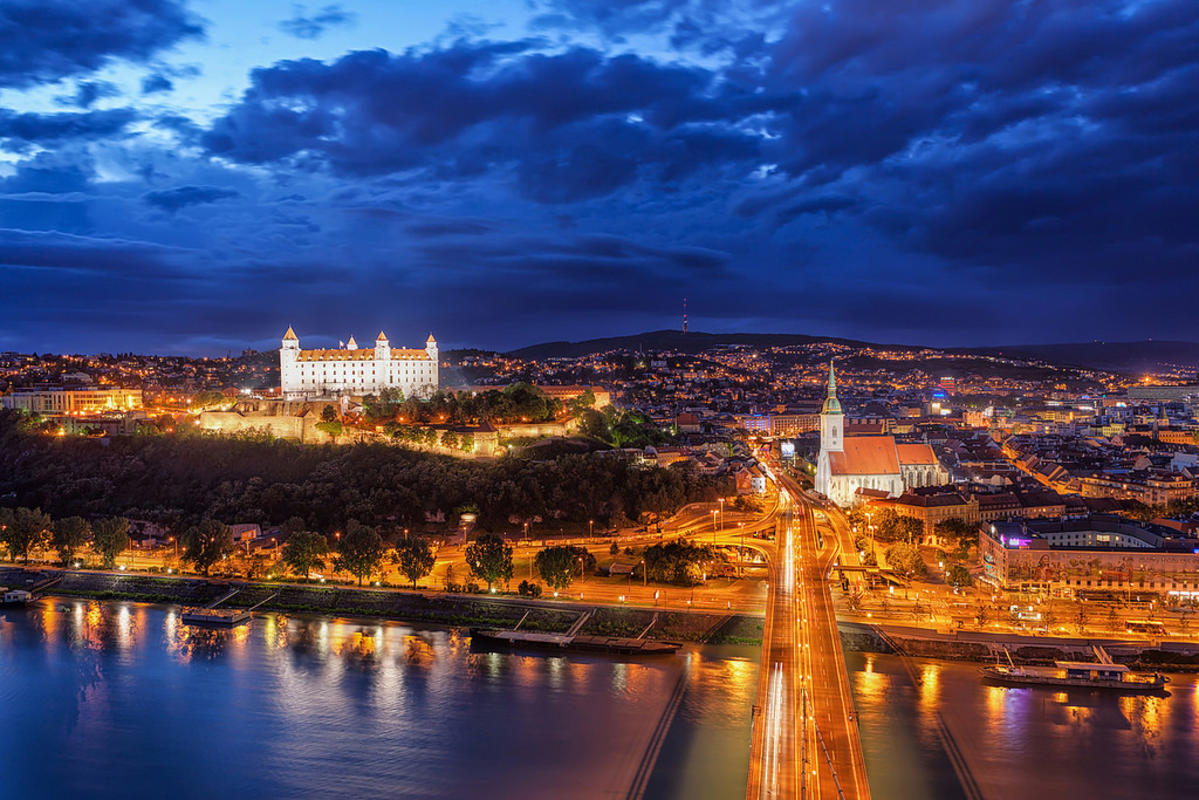 The Slovak Republic may have been an independent nation for just under a decade, but its history and culture date back several centuries further. As a territory which has spent most of its history as part of larger nations, the Slovak Republic has a culture that has always been closely intertwined with, and heavily influenced by, its central European neighbors.

Humans have lived in the present-day Slovak Republic since the early Paleolithic era. Remnants of ancient Celtic and Roman settlers are scattered throughout the territory, but the spot on which the Devin Castle (Muránska ul., 841 10 Bratislava) now stands, not far from Bratislava, has been the subject of several disputes and battles since Neolithic times.

However, it was 5th century Slavic invaders who established the territory’s first great empire, Greater Moravia, which flourished for roughly five centuries before 10th century Magyar tribes invaded the territory and made it part of Greater Hungary. The Slovak Republic remained Hungarian territory for over 1,000 years.

Present-day Bratislava, then named Pozsony, became the location of Greater Hungary’s first university in 1467, then became the country’s capital after Buda fell to the Ottoman Turks during the 1526 Battle of Mohacs. The city flourished during its more than three centuries as Greater Hungary’s capital, during which time the historic St Martin’s Cathedral (Rudnayovo námestie 4549/1, 81101 Bratislava) hosted the coronations of nearly a dozen Habsburg monarchs.

Queen Maria Theresa’s 18th century reign was truly the city’s golden era, when its population tripled, several sprawling estates were built, and the likes of Mozart and Beethoven gave command performances. Shortly after the first Hungarian and Slovak newspapers were published in Pozsony, however, the city lost its status as capital in 1784.

In 1867, the Slovak Republic became part of an even larger empire after the Austro-Hungarian Monarchy was established. After the Austro-Hungarian Empire was dissolved following WWI, the Slovak Republic became part of a new and smaller country called Czechoslovakia. The Slovaks influence over their new nation, however, was much weaker than that of the Czechs.

Although Czechoslovakia was split into two nations during WWII, both the Czech and Slovak republics were Axis allies. Czechoslovakia once again became a united nation, this time under Communism, after WWII. The 1989 Velvet Revolution which ended Communist rule in Czechoslovakia was followed by the 1993 Velvet Divorce which once again broke the Czech and Slovak republics into two separate nations. The Slovak Republic’s future has never looked brighter since it became a European Union nation in 2004, and it now ranks among Europe’s fastest-growing nations.

Slavic, Austrian, Hungarian, and German influences all figure heavily into the Slovak Republic’s culture, one which has been, for the most part, overshadowed by its central European neighbors during much of its history. Most Slovaks are descended from peasant farmers and many rural residents still work on and maintain close ties with the land. Many ancient Slovak folk traditions remain intact to this day.

Although many Slovaks are reserved and formal with strangers, they are extremely close to their families. Centuries of foreign occupation and repression have affected Slovakian culture, but this small country now contains over 50 museums and 2,600 public libraries. Fabric weaving, woodcarving, and the glass windows found in the Slovak Republic’s many wooden houses and churches are the country’s best known folk arts. Bratislava contains philharmonic, symphonic, and chamber orchestras.