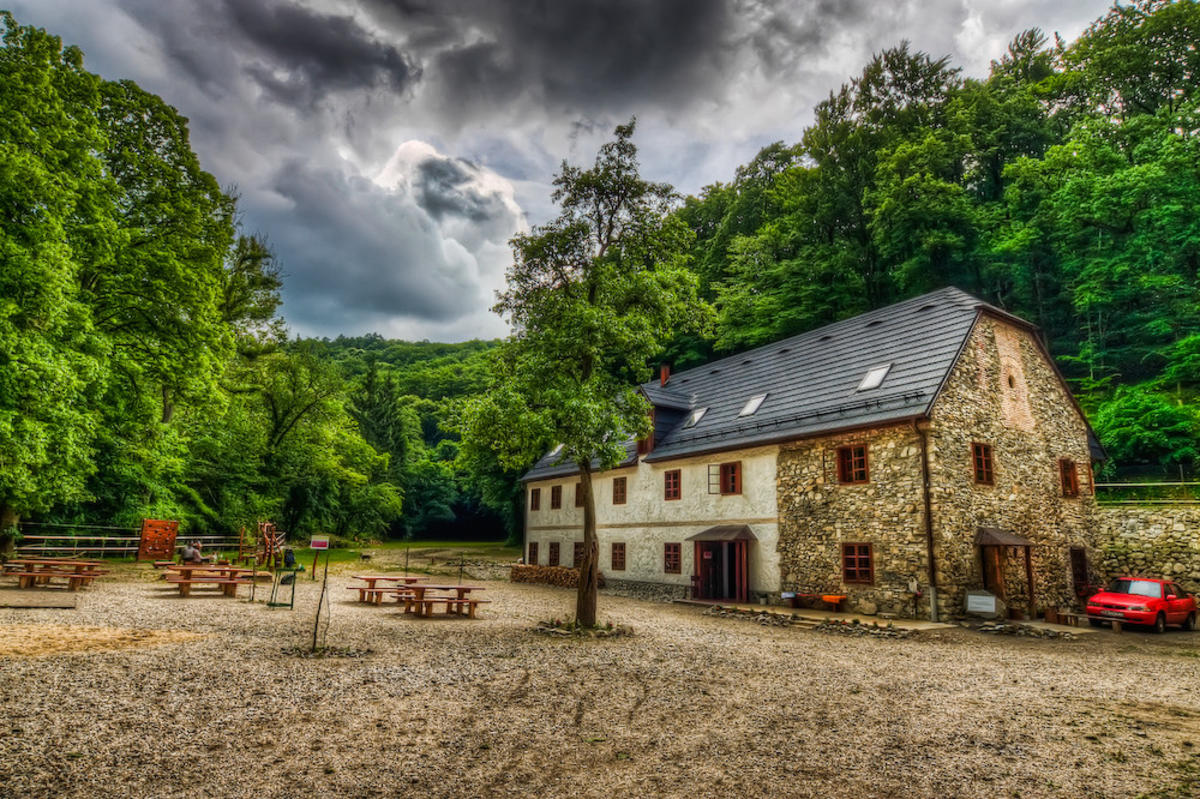 Traditional Slovak cuisine is hearty and loaded with influences from neighboring Hungary, Austria, and Germany. Although each region has its own unique dishes, the country’s unofficial national food is bryndzové halušky, potato dumplings filled with bryndza, fermented sheep cheese. Most restaurants garnish their bryndzové halušky with bacon pieces. The most frequently found restaurants in the rural northern Slovak Republic are called salas after the sheep farms from which several city restaurants obtain their ingredients. Italian, Chinese, and Vietnamese are the nation’s most popular international cuisines. The most common local drinks are a strong gin called borovicka and a plum brandy named slivovica.

Bars and Pubbing in Slovak Republic

Although virtually every Slovak social event involves alcohol and the legal drinking age of 18 is rarely enforced, traditional Slovak watering holes have become increasingly hard to find in Bratislava. However, the capital contains a large amount of modern nightlife within its Old Town, where parties begin between 10:00 p.m. and 11:00 p.m., and usually do not end until 1:00 a.m. or 2:00 a.m.

Kosice’s most sophisticated cocktail bar is Cosmopolitan (Kovácska 9, Kosice), which occasionally hosts champagne tastings. Jazz Club (Kovácska 39, Kosice) has been the leading music club in the Slovak Republic’s second biggest city for years, but despite its name, jazz is far from the only type of music performed here.

The centrally located community of Liptovský Mikuláš, situated between the High and Low Tatras in the Liptov Basin, boasts the Slovak Republic’s liveliest nightlife outside the major cities. Each night, skiers from nearby Jasná flock to the SkiClub (ul. 1 Mája 5, Liptovský Mikuláš) bar, whose drinks menu contains over 60 cocktails. The Route 66 Bar and Restaurant (Billa Shopping Centrum, Liptovský Mikuláš) offers ‘authentic American design’ alongside the Slovak Republic’s longest bar and a menu of over 150 drinks.

Dining and Cuisine in Slovak Republic

Many Bratislava restaurants are situated within centuries-old buildings, including Prašná Bašta (Zámočnícka 11, Bratislava), whose 16th century underground home used to be part of Bratislava’s fortifications. Diners can occasionally enjoy live music along with their traditional Slovak cuisine in the restaurant garden. A 19th century Bratislava building houses the Paparazzi Cocktail Bar and Restaurant (Laurinská 1, Bratislava), whose most recommended northern Italian dishes are spinach with ricotta and charcoal grilled steaks.

Le Colonial (Hlavná 8, Kosice) serves some of Kosice’s tastiest Slovak cuisine inside its intimate interior, while the menu’s main courses at Camelot (Kovácska 19, Kosice) are all named after the Knights of the Round Table. Rosto (Orlia 6, Kosice), Kosice’s most popular steakhouse, serves beef from South America and all meats are grilled over an open flame.

Most restaurants in Zilina serve traditional Slovak cuisine, but Trinity (Kuzmanyho 100, Zilina) is among the few Asian restaurants in the Slovak Republic’s third largest city. Trattoria Pepe (J. Vuruma 5, Zilina) is Zilina’s most popular Italian restaurant, offering a garden terrace where diners can enjoy pasta and pizza when the weather is warm.