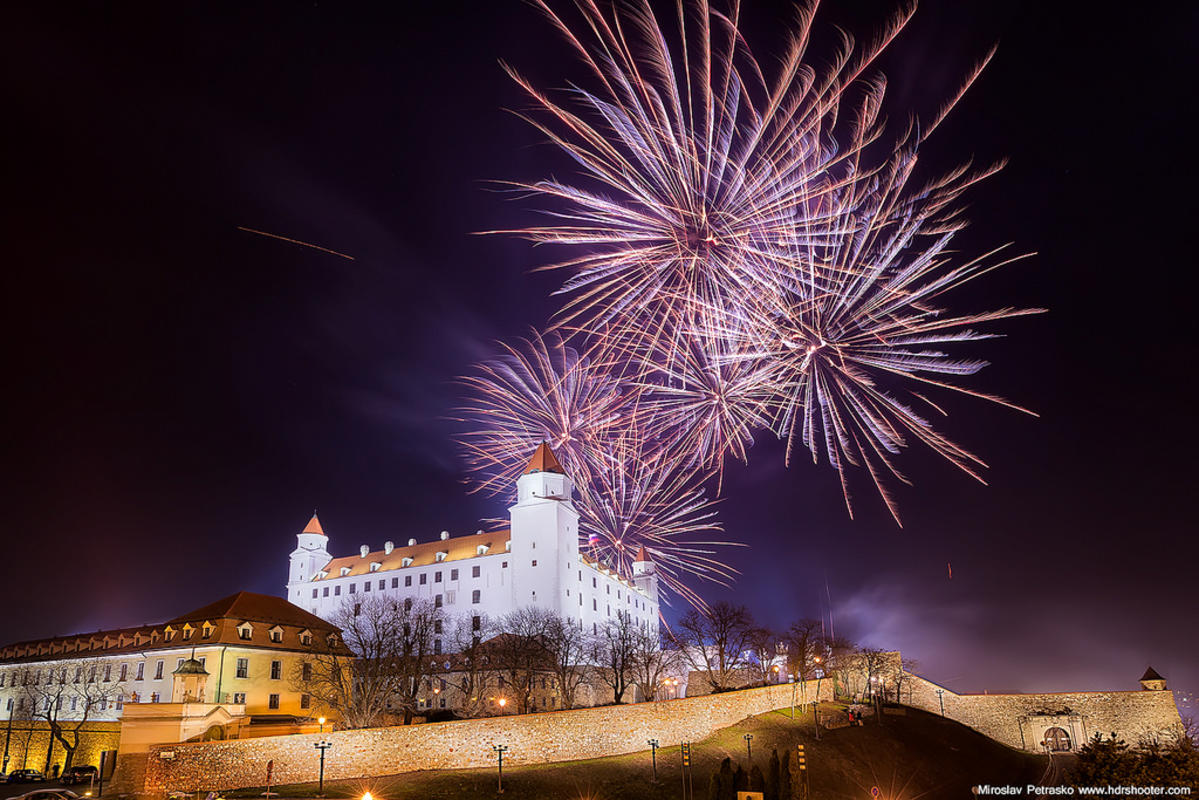 This typically reserved nation lets down its hair several times per year during the Slovak Republic’s numerous folk festivals and national holidays. The good times begin on New Year’s Eve, one of the busiest Slovakia holiday seasons, and last until the month-long Christmas markets close on city streets. The picturesque Krivao mountain village of Východná hosts the largest of all the Slovak Republi’sc folk festivals, while the ancient Bojnice Castle supplies the stunning backdrop for the International Festival of Ghosts and Monsters.

Each February, the Slovak Republic mountain village of Donovaly hosts one of Europe’s most competitive dogsled races. While some of the world’s best dog-sledders mush across the Starohorské Vrchy, the Low Tatras, and the Veľká Fatra mountains, attendees can enjoy attractions, refreshments, and live country music nearly 3,150 feet above sea level.

International Festival of Ghosts and Monsters

The 12th century Romantic Bojnice Castle provides the perfect setting for this annual ghosts and monsters festival which attracts over 50,000 visitors between April and May each year. Audience participation is strongly encouraged during this monster-filled festival which is centered around a different story, characters, and ideas every year. Visitors can also encounter alien invasions, witches, vampires, tragic romances, and stalls loaded with food and refreshments.

The constant flow of suds may be the biggest attraction for many people at this 10-day long Bratislava beer festival, but drinking is not the only enjoyable attraction offered here. More than 300 musical performances are on this June festival’s bill each year alongside games, food, and raffle ticket draws for wonderful prizes.

Dozens of traditional folk festivals are held in the Slovak Republic each year, but none can rival the size of this lively celebration in the picturesque village of Východná beneath the Krivao Mountains. This festival, held over three days during the first weekend of July every year since 1953, now attracts up to 1,500 performers and 70,000 spectators on an annual basis. Folk dancing, singing, and crafts are the festival’s main attractions. Many Východná residents even welcome festival attendees into their own homes during the festival.

These elaborate three-day long ceremonies are a throwback to Bratislava’s more than three centuries as Greater Hungary’s capital, when 11 Hapsburg monarchs received their crowns within the city’s Dome of St Martin. Although the Hapsburgs no longer rule the land, their majestic era lives on during this September coronation re-enactment complete with horseback riding processions, shooting demonstrations, folk festivities, and actors taking the king’s oath on the very spot where the monarchs first ascended their thrones.

This early September weekend festival is the biggest event in the Slovak Republic’s most attractive mining town, Banská Štiavnica. Both the festival and its closing Salamander Procession are named after the wooden lizard the chief shepherd holds in his hand while telling stories about the origin of the mines. Mine-dwelling dwarfs called bergmans follow the chief shepherd while bearing mining flags to the sounds of mining music. This festival is a tribute to the Slovak Republic’s many miners, oilmen, and ironworkers.

The humble apple is the major star of this October festival held within a medieval castle yard in the orchard community of Modra, just a 30-minute drive away from Bratislava. Several different kinds of freshly picked apples, apple seeds, and apple products are ready to be sampled and purchased each fall. The festival also contains children’s games and apple preparation competitions between teams of between two and four people.