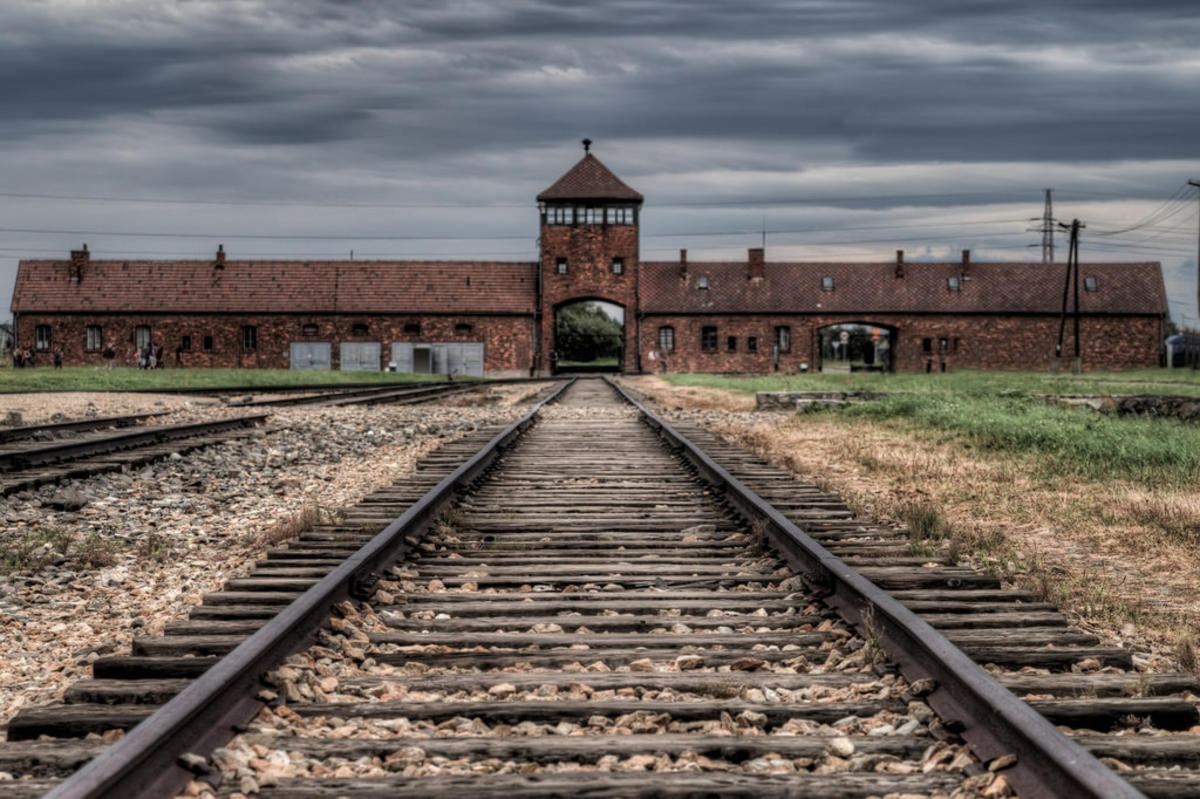 Poland is one of the most historical countries in Europe and most people begin their tour in Warsaw or Krakow. However, few remain in the large cities the entire time as the country’s natural landscape is filled within amazing sites. One of the most unique attractions is the sand dunes at the Baltic Coast’s Slowinski National Park. Of course, man-made wonders like Auschwitz and the Royal Palace are among the more popular landmarks, as well.

Renowned for the horrors that went on during World War II, Auschwitz is home to several former concentration and extermination camps just 40 miles from the city of Krakow. This landmark was listed as a World Heritage Site in 1979, and receives thousands of visitors each year to pay their respects. Auschwitz 1 is the main site with barracks and museums found throughout the area. Auschwitz-Birkenau is another significant landmark at Auschwitz. Allow yourself several hours to truly let the experience sink in.
Address: Więźniów Oświęcimia 20, Oświęcim, Poland
Phone: n/a
Website: http://en.auschwitz.org/m/

This magnificent UNESCO World Heritage site lies on the border of Belarus and Poland, making it one of the most important national parks in Eastern Europe. It rests only 40 miles southeast of Bialystok and is one of the last remaining bastions of Primeval Forest. The landmark spans across 39 square miles in Poland, and includes amazing flora and fauna. Tours are available for bison-spotting, bird-watching and forest walks. During the winter, tourists can enjoy excellent sleigh rides and sledge tours.
Address: Bialowieza National Park, Podlaskie, Poland
Phone: n/a
Website: n/a

The southern Polish town of Kalwaria Zebrzydowska is a fascinating destination thanks to its monastery. The edifice was built in 1602, but didn’t become a UNESCO’s World Heritage site until 1999. Some of the main attractions are the Basilica of St Mary, Ecce Homo Chapel, Chapel of the Crucifixion, and Heart of Mary Chapel. The closest gateway to kalwaria Zebrzydowska is the Krakow or Katowice airports where you can continue on by car.
Address: ul. Bernardynska 46, Kalwaria Zebrzydowska, Poland
Phone: +48-33-876-6304
Website: http://www.kalwaria.eu/english.html

Located in the southwestern pocket of Poland, Karkonoski National Park is a mountainous nature reserve that draws between one and two million visitors a year. It was first founded in 1959, but was labeled a UNESCO biosphere reserve in 1992. Famous for its waterfalls created by the tributaries of the Elbe and Oder Rivers, skiing is a popular pastime and more than 55 miles of hiking trails exist. Numerous guest houses make overnight stays a popular option.
Address: Karkonosze Mountains, Lower Silesian Voivodeship, Poland
Phone: +48-75-755-3726
Website: http://www.kpnmab.pl/en

Malbork may not sound like much, but it is home to one of the most exciting historical landmarks in Europe. The Malbork Castle is the most impressive Gothic-style castle in Europe, and is officially known as the Castle of the Teutonic Order in Malbork. It was constructed in 1406, and stands as the largest brick fortress on the continent. Left in ruins from WWII, it was quickly rebuilt, and is regularly renovated and refurbished each year. There is a museum on site, which has been placed onto the World Heritage list, along with the castle.
Address: Staroscinska 1, Malbork, Poland
Phone: +48-55-647-0800
Website: http://www.zamek.malbork.pl/index.php?lang=en

Home to the fascinating moving dunes, Slowinski National Park is a beautiful landmark located along the 20 miles of Baltic coast in Poland. The sand moves at a rate of about 10 to 30 meters each year and the highest point is Rowokol, which stands about 115 meters above sea level and is still growing. Great views of the park and coast can be seen from this vantage point.
Address: Pomeranian Voivodeship, Poland
Phone: +48-59-8117-204
Website: http://slowinskipn.pl/en/

Located in the Old Town district of Warsaw, the Royal Castle is a magnificent historical and cultural attraction. Completely destroyed in World War II, the site was reconstructed in its former extravagance. Today, this red-brick palace is a major museum, highlighting Polish Royalty that is visited by more than half a million people every year.
Address: Plac Zamkowy 4, Warsaw, Poland
Phone: +48-22-355-5170
Website: http://www.zamek-krolewski.pl/?page=1114

Another one of Poland’s World Heritage sites, the Wieliczka Salt Mine, was first built during the 13th century, making it one of the world’s oldest salt mine. Even though it stopped producing salt in 1997, more than a million people come to tour the tunnels, cathedral, statues, and chapels that are carved out of the rock walls.
Address: Jana Mikolaja Danilowicza 10, Wieliczka, Poland
Phone: +48-12-278-7375
Website: http://www.wieliczka-saltmine.com/