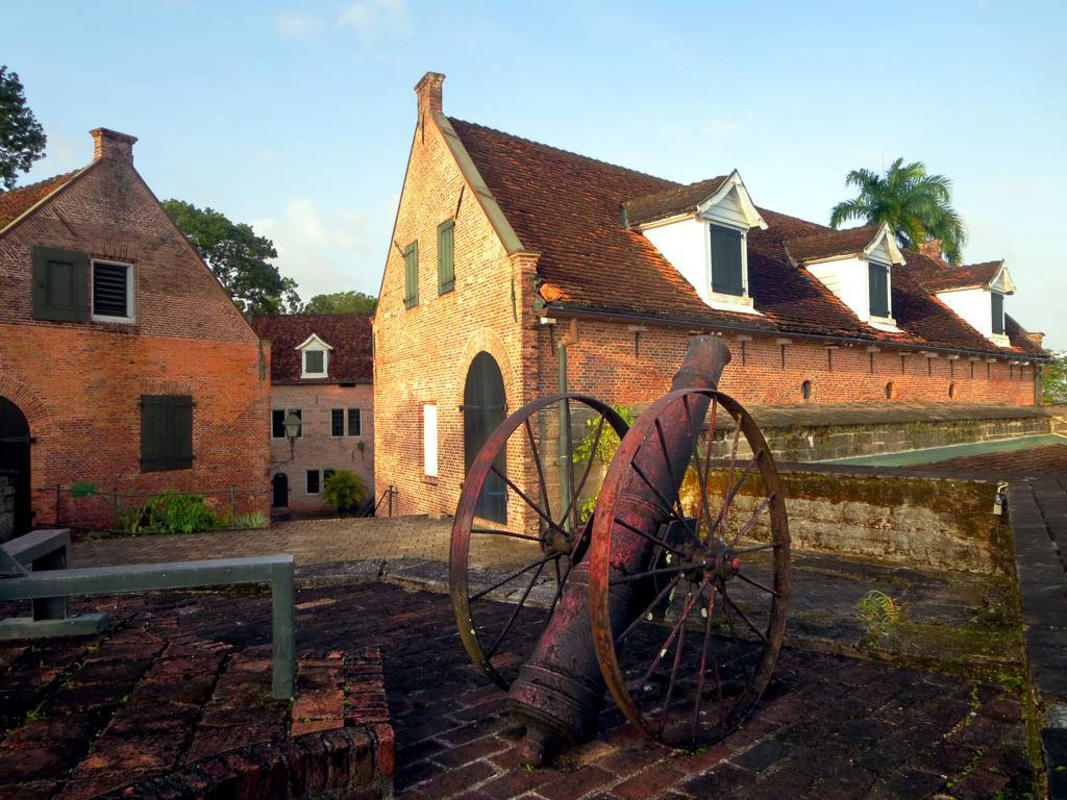 Since the beginning of its history, Suriname has been a battle ground for competing groups. Whether referring to the conflict between indigenous peoples or between colonial powers, the region has always been wanted by someone. Surinam is a wonderful amalgamation of several different cultures – a fact which is evident in many difference facets of the national culture. Such diverse influences can be clearly seen in music, the arts and of course, the cuisine.

Present day Suriname is an amalgamation of several different ethnic groups and international influences. It is difficult to say who the first inhabitants of the country were as there were many groups in the region around the same time including Arawaks, the Surinen, The Caribs, and the Wayana. During this, the country’s early history, there were several conflicts over territory and much blood was shed in the name of land possession.

The British were the first Europeans to try and settle in the territory in 1630. Here they established tobacco plantations and used locals for slave labor, but struggled to make the venture work financially. In 1667, the region was invaded by the Dutch. After much back and forth between the two powers, Suriname was officially declared a Dutch territory under the Treaty of Vienna in 1815.

Suriname gained independence from the Netherlands in 1975 and the several different ethnic groups in the country formed a coalition government. Soon after independence in 1980, however, the government was overthrown in a military coup and the country placed under military control and turned into socialist state. Under the new regime all political parties were banned.

Dissidence within Suriname began to grow and soon a civil war between the military government and civilian-based guerilla movements came to a head. In 1987, the government was sufficiently weakened enough for it to call for general elections. The Front for Democracy and Development won by a landslide, but as it turned out this was a party engineered by the former regime to ensure little fundamental change in the country.

In 1992, after a dispute with the civilian president, the former military leader carried out another military coup. General elections where held once again, bringing a different civilian party, the New Front, to power. This party remains in power to this day.

As is clear from Surinamese history, the country is ethnically, culturally and religiously diverse. Some of the country’s cultural influences are a result of the slave trade bringing people from Africa and South East Asia, but much of what the culture is today has been influenced by the cultures of the colonizers themselves. Suriname is certainly a country of migrants – it is estimated that 90 percent who have lived in the country their whole lives have ancestors from a different region.

Surinamese music is an interesting mixture between indigenous South American rhythms and international European and North American trends. One of the most popular music forms, both historically and today, is kaseko, a genre of Indo-Caribbean influence boasting much percussion and wind instruments. It is characterized mostly, though, by its fast paced beat.

If there is any marker as clear to the diverse nature of the Surinamese population, it is the country’s cuisine. The main influences that can be picked up on in any local dish include Javanese, Indian, West African, Chinese, Dutch and even Portuguese. Popular dishes always include the staples of roti (an Indian flatbread), cassava (a West African ground root vegetable) and spicy peppers.