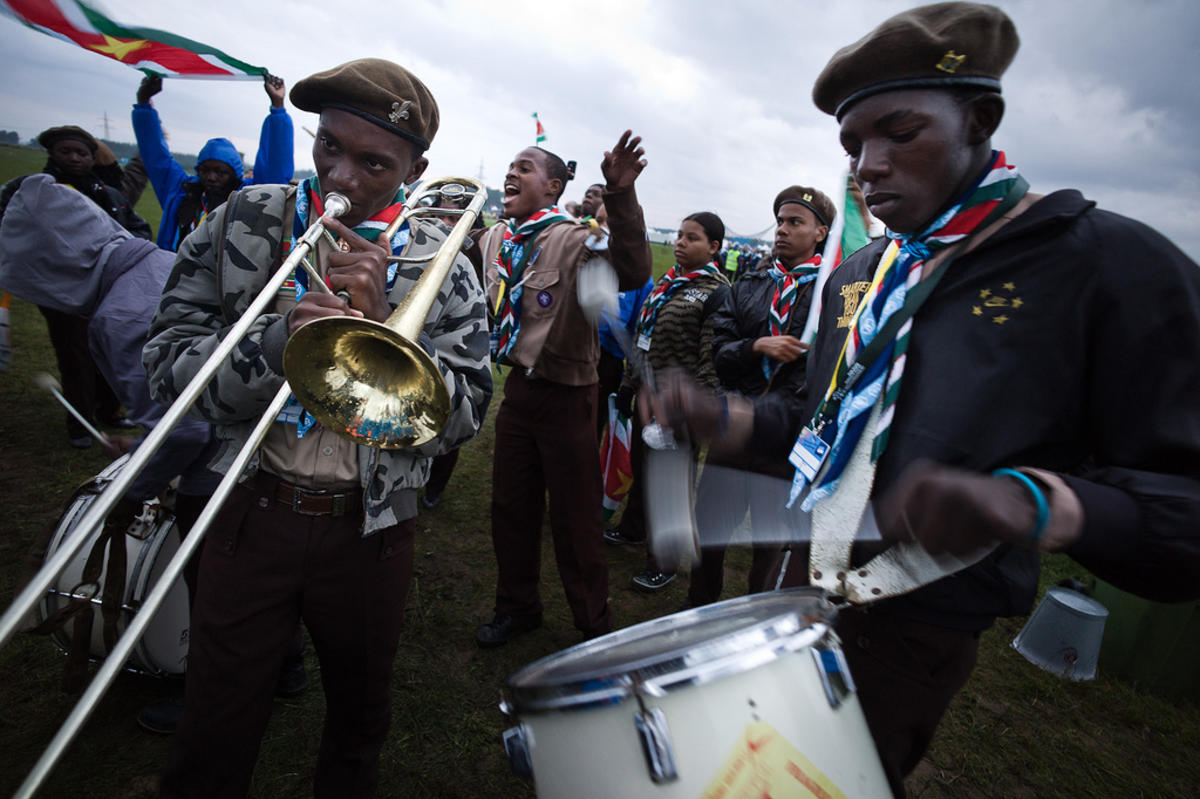 There are a plethora of Suriname holidays and festivals to be enjoyed by those lucky enough to be in the country at the right time. Whether travelers are interested in events highlighting the country’s cultural talents like the National Art Exhibition, or are simply looking for ways to celebrate life and have a good time, a spirit exemplified during Pagara Estafette, there is something to keep everyone entertained.

Starting off the festival year in February is the Brazilian Carnival. While the tradition of Carnival is not one brought about by the people of Suriname, it has come to be an annual event. This is greatly due to the large Brazilian population that has migrated to Suriname but is intent on keeping its own culture alive. The festival is similar to the one which takes place in Brazil around the same time, only smaller in scale. Travelers can expect parades in the streets, great displays of Brazilian music and dance, and many food stalls serving delicious treats.

Held annually in April in the capital city, the International Film Festival is one of the most highly anticipated events of the year. Organized by the Black Lot Foundation, the festival brings together film makers from around the world, showcasing over 40 films from more than 12 different countries. While the screenings are the main event, there are also several workshops and even competitions for children to keep everyone entertained.

July marks the arrival of the annual Staatsolie Swim marathon, an 11-mile open water, long distance race down the great Suriname River. The race starts in Domburg and ends in Paramaribo. The race draws together competitors from both Suriname and the international community and, after so many years, has become quite competitive. Not only is this a challenging marathon, but it is also one of the most beautiful as competitors swim alongside a gorgeous rainforest.

Celebrated by French-speaking countries around the globe, Fête de la Musique or World Music Day, is held every year on June 21st. Started in France in 1982, the festival’s main purpose is to celebrate what organizers call ‘the magical gift of music’. Free concerts are organized around the capital city, boasting music from a range of different genres. The festival is also characterized by impromptu street performances by both professional and amateur artists, something that can be really entertaining for festival-goers.

Lovers of jazz definitely need to be in the country during October when the annual Suriname Jazz Festival takes place. Bringing together renowned jazz musicians from Suriname and abroad, the festival is a feast of the genre. Different kinds of Jazz can be enjoyed including American, African and Asian interpretations. This festival is usually a hit with all who attend and is well worth sticking around for.

The National Art Exhibition in Paramaribo highlights the amazing talents of local artists who slip under the cultural radar for most of the year. Held at the end of October in galleries and showrooms around the city, the festival focuses mainly on the work of visual artists in the country. More than simply exhibitions, however, there are also several art workshops and interactive discussions with the artists themselves.

Rounding off the festival calendar each year is perhaps the most popular festival of all. Held on December 31, Pagara Estafette is basically a massive street party waving goodbye to the old year and welcoming in the new one. This is no ordinary New Year’s Eve bash, however, as festivities generally start at 10:00 a.m. and last until the new day has dawned. The festival is characterized by amazing firework displays and live concerts. Of all the events in Suriname, this one should definitely not be missed.