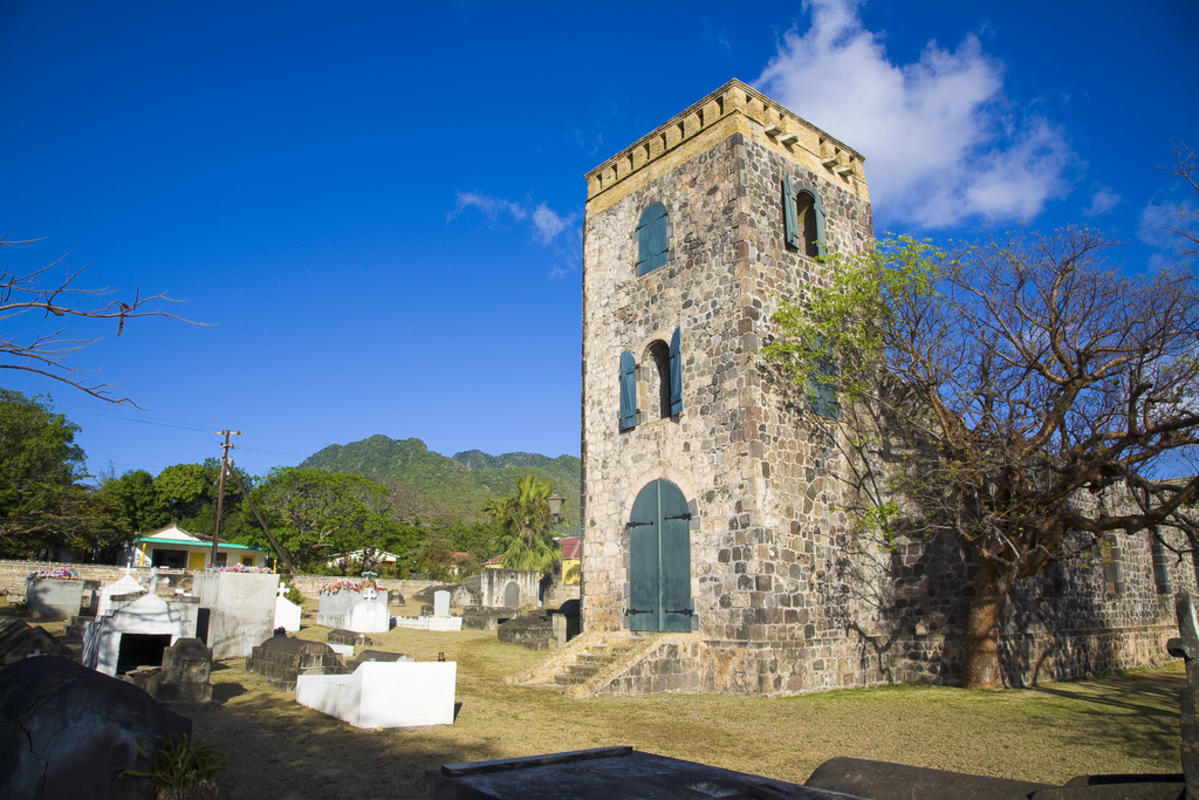 St Eustatius boasts an interesting and diverse history. While today the island may seem like a sleepy piece of paradise and a perfectly untouched wilderness, it was once the most important port in the expanding empires of European powers. The country is only strongly linked with the US, as it was the first to officially recognize the newly formed United States of America as an independent country, in an act that is known as the ‘first salute’. The links between America and the comparably-tiny island were later strengthened further, as the ancestors of 32nd president of the USA, FD Roosevelt, came from St Eustatius. Despite this, however, St Eustatius remains fundamentally Dutch. It was named a ‘special municipality’ of the Netherlands in 2010, having formerly been a colony (as part of the Netherlands Antilles) since 1636.

The island of St Eustatius was first discovered by Christopher Columbus on his voyage of 1493. Over the following 150 years, it was claimed by many colonizing European empires, although the island was not formally settled until 1636 when it was officially taken by the Dutch. Along with St Maarteen and Saba, St Eustatius made up the Dutch Antilles. The Dutch began cultivating tobacco and sugar on St Eustatius to export back to Europe.

By the end of the 18th century, the port town of Oranjestad had grown in importance, as St Eustatius found itself located in the center of a host of other islands claimed by European empires, such as the British, French, Spanish, and Danish. In 1756, Oranjestad was claimed as a free port with no customs duties, making it a major point for the transshipment of goods in the Caribbean, and earning the island the nickname of the ‘Golden Rock’.

Due to its free port status, the island was also a hub for contraband, and the country became a major arms dealer as it was willing to sell on imported arms and ammunitions to anyone. The country played an important role in the American War of Independence, therefore, and, in 1776, the commander of St Eustatius chose to recognize the right of independence for the newly formed American nation. Canons were ceremoniously fired from Fort Oranje in mark of respect to the visiting Americans, in an historic event that is now known as the ‘first salute’. The importance of the act was recognized 150 years later in 1939 by the visiting US President F D Roosevelt, who had ancestral links to St Eustatius.

The British, however, took offense to the ‘first salute’ and disagreed with St Eustatius supplying arms to the American forces. They launched an attack on St Eustatius in 1781 and took control of the island. It was then conquered by the French, allies of the Dutch, and regained by the Netherlands in 1784. By 1795, the Dutch and French were no longer allies and, for the next 20 years, the country swapped hands between the French and British 22 times. St Eustatius has remained in Dutch hands ever since and, in 2010, it was given the status of ‘special municipality’ of the Netherlands following the break-up of the Dutch Antilles.

Today, the island has a population of about 3,500, although at its peak period during the trade of the 18th century it is estimated that St Eustatius was home to around 10,000 people. It is the occupation by the French in 1795, and the following 20 years of turmoil, that is blamed for the country’s downfall. Once a strong trading colony, St Eustatius became unattractive to traders and, as business was moved elsewhere in the Caribbean, the island become less significant. There was also a once thriving rum trade here, but now the island does not produce any. However, being a member of the Netherlands has helped St Eustatius stay financially stable throughout the 20th century.

Considering that it was claimed by the Dutch as far back as 1636, and - aside from a few decades of control by other powers - has remained part of the Netherlands ever since, it is no surprise that the culture of St Eustatius remains largely linked to the mainland. This is can be seen in the customs of the locals, the holidays they celebrate, the food they eat, and traditions they follow. When the former colonies of the Netherlands Antilles dissolved, 77 percent of the population voted to become part of the Netherlands, in an agreement that was finally consolidated in 2010.

Islanders here are proud to be St Eustatiun, and proud to be Caribbean, albeit with a Dutch twinge. However, links with America are pertinent too, as the islanders’ first language is English, and the US dollar is the unofficial currency. This interesting cultural mix is well illustrated through sport, as the most popular here is soccer (the national sport of the Netherlands), followed by basketball and softball.