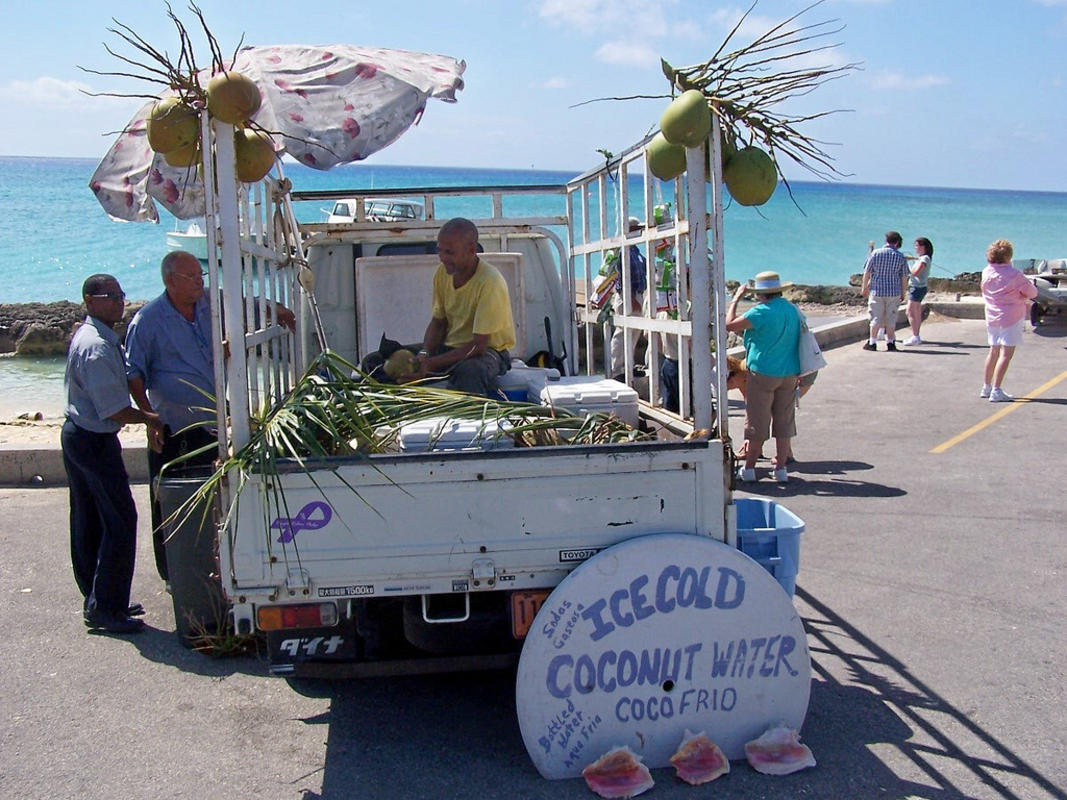 Many of the 150 or so restaurants in the Cayman Islands serve traditional local favorites like fried plantains, turtle stew, and seafood concoctions. Some of the tastiest Cayman Islands meals are prepared at modest jerk stands whose hot and spicy chicken dishes rival those found in nearby Jamaica. Diners wishing to splurge a little more can enjoy dinner cruises aboard an authentic tall ship or a number of luxury catamarans. Cayman mudslide cocktails, Caybrew beers, and rum punches are the most commonly served local drinks at Cayman Islands beach bars.

Bars and Pubbing in Cayman Islands

Cayman Islands nightlife may have a dull reputation compared to other Caribbean hotspots, but lively parties are still easily found for those who know where to look. One of George Town’s trendiest local hangouts is the Corner Pocket Pool Hall (139 Allister Towers, George Town). Tourists are welcome to join in friendly matches, dart competitions, and even off-the-books wagers held at this gritty hole in the wall.

Another popular George Town watering hole is My Bar (390 South Church Street, George Town), where about 36,000 palm fronds were used to build its Polynesian-style thatched roof. Local lawyers frequently take part in spirited domino games. Bars in George Town, like elsewhere in the Cayman Islands, must be closed by one in the morning.

Dining and Cuisine in Cayman Islands