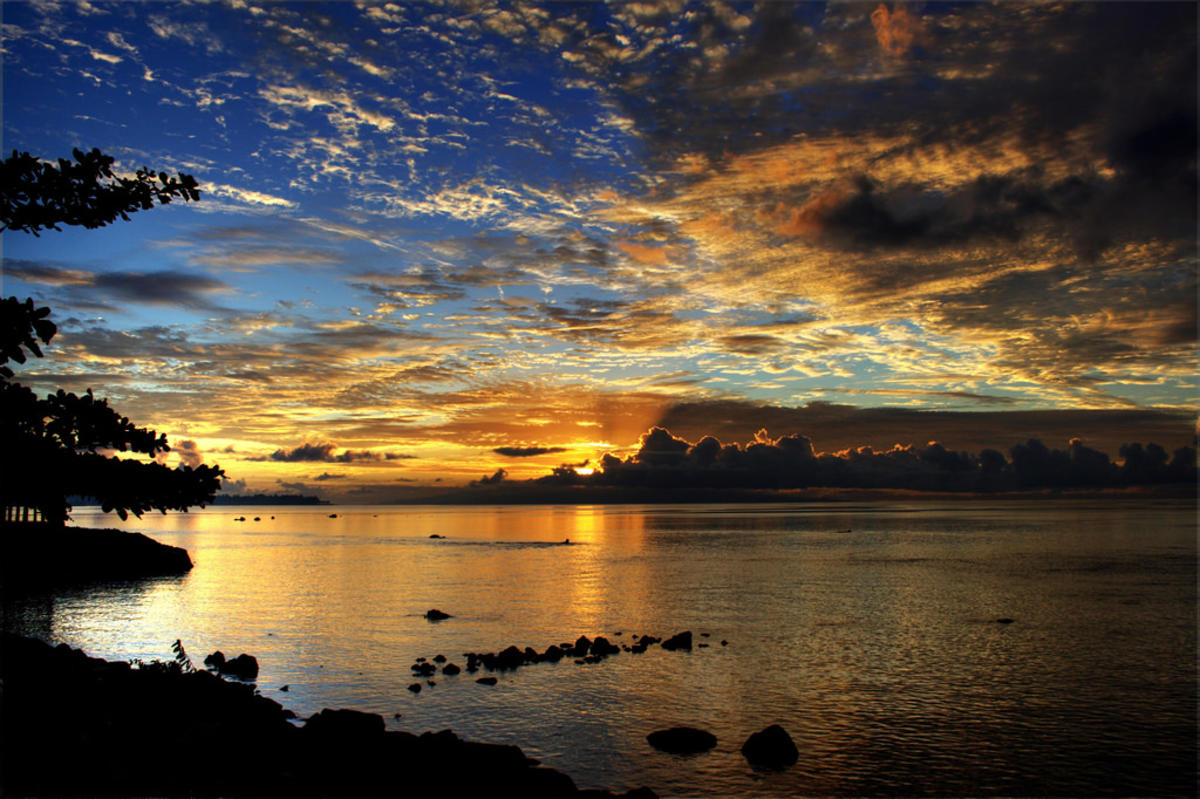 Samoa is part of the equatorial region, and therefore experiences monsoon climates throughout the year. Rainfall hits during the wet season, between October and April. However, temperatures remain constant during these months, averaging 86°F. December and January usually have the hottest days of the year.

The dry season, which is found between May and September, still averages a temperature of around 85°F. Nevertheless, the conditions are far less humid and more comfortable for tourists. The night time temperature can drop to a mild 73°F in the months of June and July.

January is the wettest month, averaging some 20 inches of rainfall each year. The wet season falls between October and March, so tourists are likely to experience several bouts of precipitation if holidaying in Samoa during these months. June, July, August have an average of four inches of rainfall each, making them the driest months of the year.

Samoa is one of the destinations that can be visited at any time of the year. With more than 2,500 hours of sunshine throughout the year, Samoa boasts a beautiful tropical climate. However, the greater tourist populations are generally experienced between the months of May and September. This is when rainfall is limited, and winter tourists from Southern Hemisphere destinations flock to Samoa.

Resorts tend to become more expensive between May and September, and so too do the flight costs. Resort prices are also quite high during the Christmas and New Year period. Prices tend to fall in the months following New Year, in particular February and March, so tourists on a budget can save cash when traveling during these months.