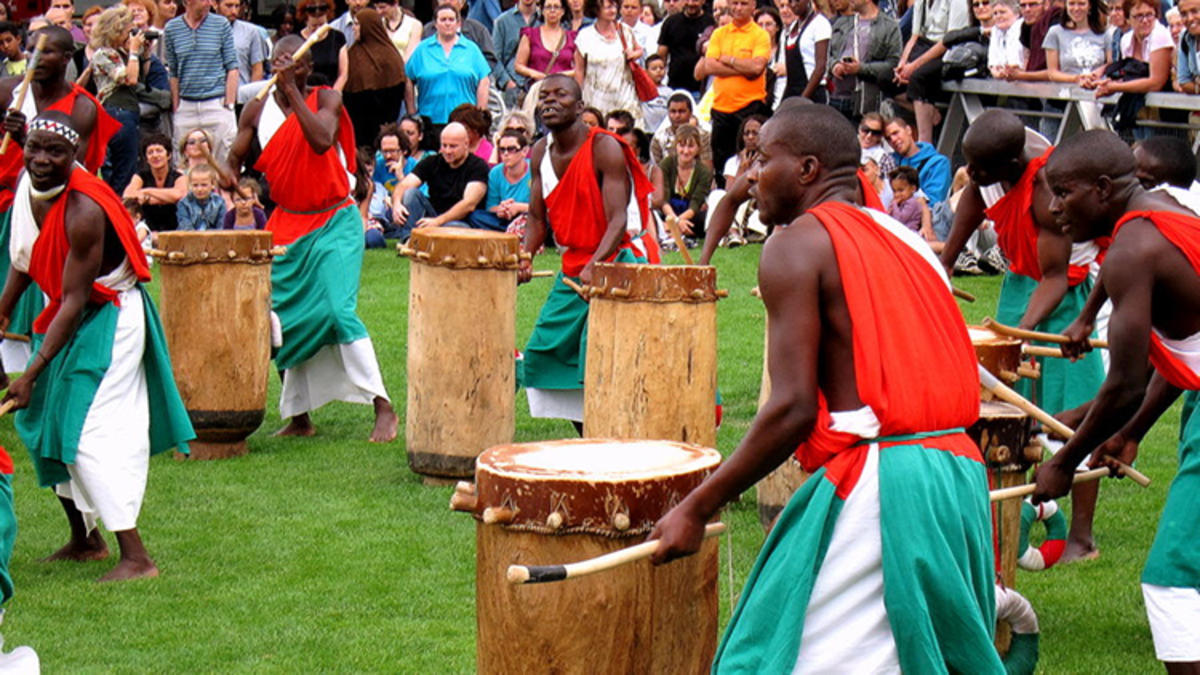 Burundi is a patchwork of cultures influenced by local and tribal traditions, as well as surrounding East African communities. Arts and crafts such as statues, masks, baskets, and pottery are important hobbies, as well as drumming. The Royal Drummers of Burundi are one of the most popular ambassadors of heritage.

Since its independence from Germany in the early 19th century and Belgium in 1961, Burundi has been plagued by ethnic tension between the two main groups in the country – the Tutsis and the Hutus. This conflict is the main reason behind the country’s chronic instability and poverty. The rivalry between the dominant Tutsi minority and the Hutu majority has sporadically resulted in mass violence, most notably in 1972 and 1988.

The years 1966 through 1993 were characterized by military coups. While unsuccessful, the last attempt in October 1993 took the life of President Melchior Ndadaye, who replaced the long time leader Pierre Buyoya by winning the National Assembly held earlier that year.

Civil war followed the plane crash that killed Cyprien Ntaryamira, a Hutu traveling with Rwandan president, Juvénal Habyarimana—the same incident that triggered Rwanda’s genocide. With tensions at an all time high, 300,000 lives were lost in the bloody battle over Burundi.

A couple of years later, another coup started, forcing Buyoya into leadership yet again. The guerrilla warfare intensified, but mediation efforts by Nelson Mandela and the Tanzanians pacified the situation in the early 2000’s. The transitional government was led by Buyoya and Domitien Ndayizeye, a Frodebu leader, until 2003, when the latter was given sole power over Burundi.

The election of Pierre Nkurunziza as President in August 2005 served as the final step to ending the war between the Tutsi army and the Hutu rebels. Since then, Burundi has been largely peaceful, but threats of revolutionary attacks still remain.

Years of civil unrest may have hindered cultural development in the country, but they have not taken away the preservation of many interesting local traditions that are characteristic of Burundi. Local artisans are skilled in producing beautiful basketwork, masks, pottery, statues, fabrics, and even shields.

When it comes to music, Burundians have a rich drumming heritage. The world-famous Royal Drummers of Burundi use traditional instruments like ikiranya, amashako, karyenda, and ibishikiso. Performances are typically accompanied by dance. Abatimbois a popular one reserved for rituals and official ceremonies.

The majority of the Burundian population is Christian. Most adhere to the Roman Catholic faith, though there are Pentecostal and Anglican minorities. A small percentage of the people are animist. There is also a small Muslim community.

Click here to learn about the Weather in Burundi