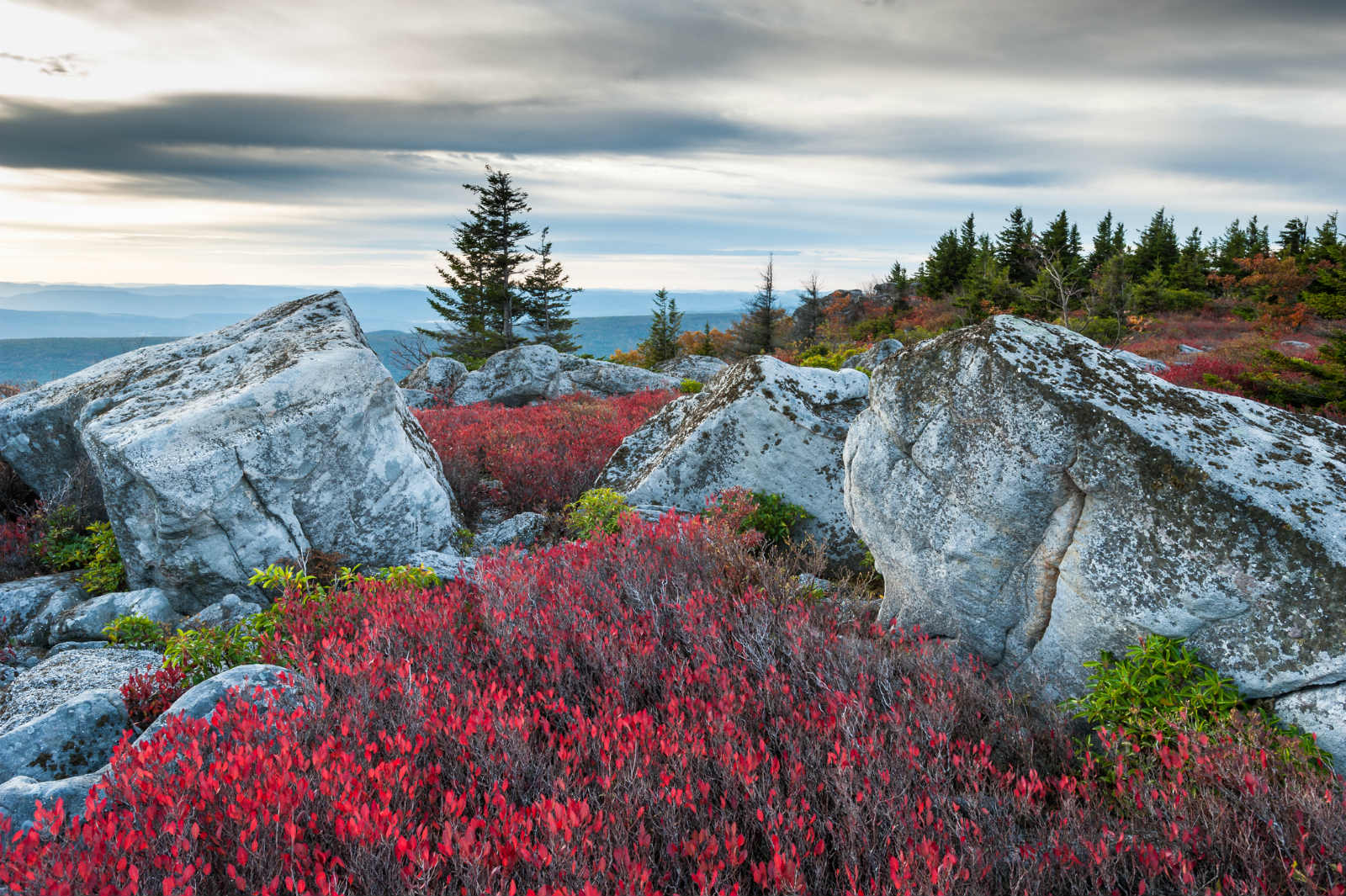 The motto of the state of West Virginia is “Mountaineers are Always Free,” and the mountains in which the state lies on are the main draw of this beautiful southern state. It is the only state in the US that is completely immersed by a mountain range (the Appalachian Mountains), giving it its nickname the "Mountain State." Most of West Virginia sits at an elevation of around 460 meters above sea level, making it the highest state east of the Mississippi River, with its highest peaks being found in the Monongahela National Forest.

West Virginia is the 41st largest state in the USA, and famed for its stunning natural scenery. The Blackwater Falls State Park is one of the most picturesque areas in the state, while the White Sulphur Springs spa and resort has been visited by 26 US Presidents. Charles Town, one of West Virginia’s oldest settlements, was named after Charles Washington, the brother of George Washington. However, it is the natural landscape that is the main draw here, offering visitors plenty of outdoor activities. Being a coal state, West Virginia is a great place to shop for coal sculptures, although it is the hand-blown glass items that are most popular with visitors.

West Virginians have the typical southern charm, and they are known to be very friendly and courteous people. The summer and autumn months are the busiest seasons, when most of the state’s main festivals take place. These are also the most expensive times to visit, however. As West Virginia is a mountainous state, there are plenty of mountain inns and camping opportunities, both of which are great for visitors who are looking to save money. The New River and Greenbrier Valleys at the southeast of the state are two of the most visited areas of West Virginia, and home to the largest selection of accommodations, ranging from expensive resorts to cheap inns and motels. The Appalachian style of cooking is very popular with visitors, particularly specialties such as game meat, pepperoni rolls, and brook trout.

There are a number of scenic driving routes in West Virginia that are highly recommended to visitors renting cars or motorcycles. Of these, the most popular are the Coal Heritage Trail, the Midland Trail, and the Highland Scenic Highway through the Monongahela National Forest. The Hatfield-McCoy Trail System has six routes that can be traversed by ATV utility vehicles, dirt bikes, mountain bikes, and horses, as well as on foot.

The subtropical climate of West Virginia means that the summers are warm and humid and the winters are generally mild. In the coldest months the temperature can drop to around the 0-degree F mark and in at it's warmest, West Virginia can almost top out at 100-degrees F. Autumn is by far the best month to visit, because the vibrant color change this region undergoes is remarkable. Crowds will be largest during fall, and hotel and air rates are also usually higher during this time - so summer is also a great alternative. There are a lot of water sports people participate in and festivals you can attend.

Charleston’s Yeager Airport is the largest in the state and the gateway that most visitors arrive through, although there are more than 30 small airports found throughout the Mountain State. Those that arrive by car usually do so via I-64 from Kentucky, I-77 from Ohio, or I-79 from Pennsylvania.

Click here for Things To Do in West Virginia