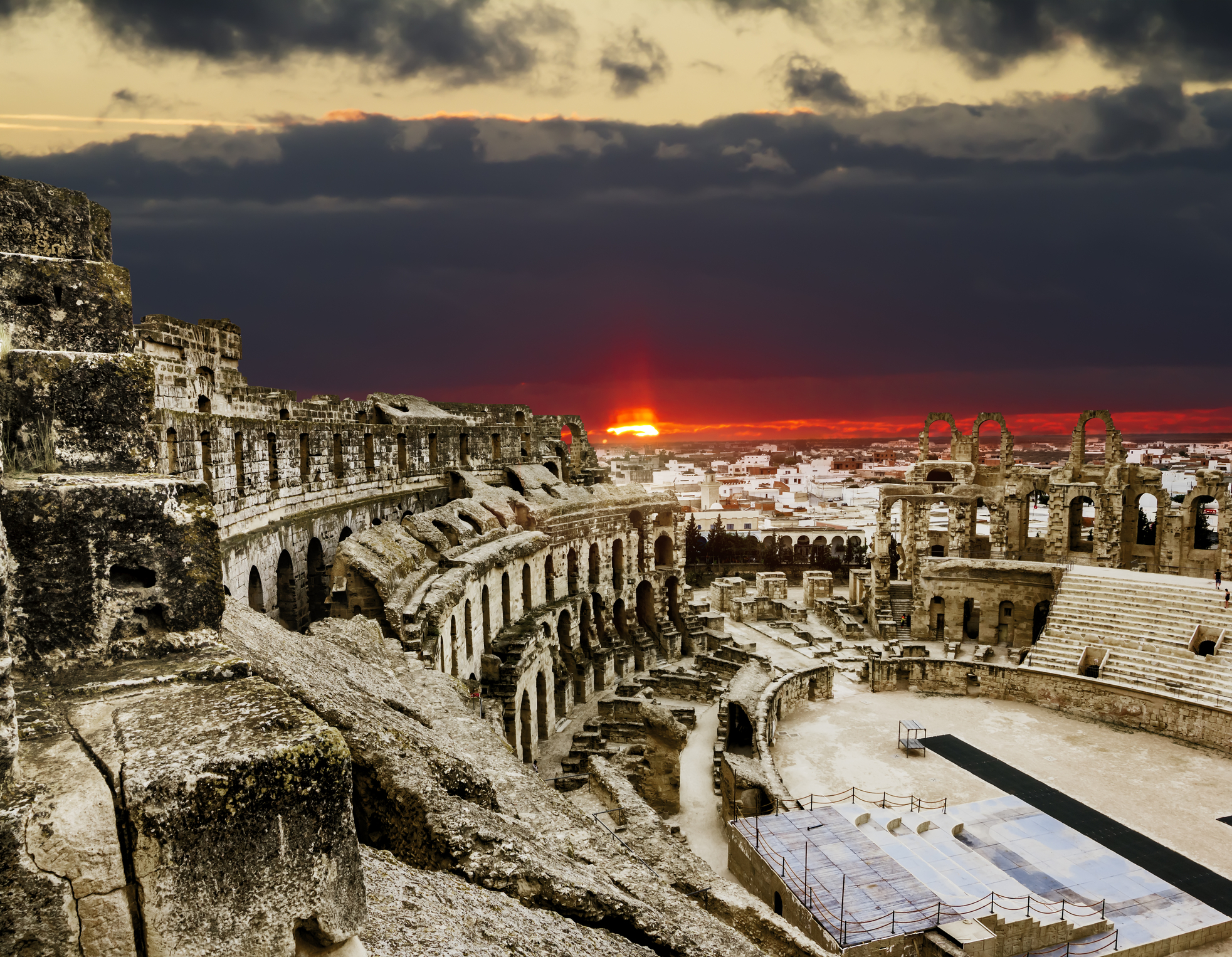 Tunisia’s most recent claim to fame may be as the birthplace of the Arab Spring, which spread to many other North African and Middle Eastern nations in 2011. However, Tunisia has long been a crossroads of different cultures from around the Middle East, Europe, and Africa. North Africa’s smallest country contains as many historic landmarks as Greece, more than 875 miles of Mediterranean Sea coastline, and one of the world’s most liberal Islamic societies.

The ancient city of Carthage, whose empire once gave Ancient Rome a run for its money, is now a suburb of Tunisia’s modern capital, Tunis. Tunis’s walled medina has guarded the city since the 7th century AD and now hosts one of North Africa’s liveliest outdoor markets. Lesser-known than Carthage, but equally as impressive, is Bulla Regia’s Ancient Roman underground ruins, which sprawl across northwest Tunisia.

Tunisia’s recent political strife hasn’t affected the country’s status as one of the world’s most up-and-coming beach destinations. La Marsa, Monastir, and Hammamet are among the country’s most outstanding Mediterranean Sea beach resorts. However, visitors who venture south of Tunisia’s northern coast will encounter equally spectacular sights, such as fragrant vineyards, forested mountains, and lush desert oasis otherworldly enough to serve as backdrops for the famous Star Wars films. Luke Skywalker’s home planet was even named after the small southern Tunisian community of Tataouine.

Matmata’s Hotel Sidi Driss, where the Star Wars Lars Homestead scenes were filmed, is undoubtedly the most popular accommodation choice among Star Wars fans. Visitors who simply wish to swim and sunbathe, however, have dozens of luxury beach resorts to choose from along the northern coast. Tunisia’s has two youth hostels options, one of which is owned by Hostelling International, where membership is required to stay, and the other of which is the government-run maisons des jeunes. Growing numbers of restored boutique hotels housed within former colonial mansions, and homestays where travelers lodge with local families, have also appeared throughout the country. More adventurous visitors can even camp among the Bedouins in the Sahara Desert. Tunisian cuisine, like most other aspects of the country’s culture, combines French, Middle Eastern, and African influences.

Tunis–Carthage International Airport, the country’s largest air hub, does not offer any non-stop flights to North America, but there are dozens of European destinations from which North Americans can reach the country. Eight smaller international airports are situated throughout Tunisia. Many Italian and French ports also offer cruises and ferries across the Mediterranean Sea to Tunisia.

Shared minibuses called louages are the country’s most common form of public transportation, although they do not depart until they are filled to capacity. Louage stations are as commonplace as rail and bus stations, and fares for all three are roughly the same. Beach resorts and larger cities are the most likely places to find Western-style private taxis, and while car rental is available, it is relatively expensive. The ‘Lezard Rouge’ rail journey across the Selja Gorge may be the most scenic route in Tunisia.